One comic is chosen to go under the scope. What is the best course? As a speculator, is it worth buying, selling or holding?
Here are the pros and cons, YOU decide.
(Note: This article was drafted a few months ago.)

PROS: Thanos is a Marvel Studios villain 11 years in the making. The studio has been planting seeds since 2008 and will have the purple giant unleash his full power in the spring of 2018 – Drax from Guardians Of The Galaxy has helped this comic along in the last couple of years – Since the debut of Thanos in 1973, the comic has steadily increased in value over the years, obviously exploding beyond speculators expectations in recent years – The steady climb throughout the years had nothing to do with Drax (PRE Guardians of the Galaxy) – A CGC 9.4 graded sold a few days ago for $1,995.95 – One of the most popular Bronze Age comics within the collectors market – Early Jim Starlin professional work – Writer/Artist Jim Starlin, essentially began the TRUE Marvel Cosmo universe with this issue – First appearances of Drax, Starfox, Blood Brothers & Mentor – A legitimate Marvel villain with strong presence on film – Drax has more staying power than Thanos (see cons) – With Disney about to finalize a deal for the rights to the Fox comic book movies, Marvel Studios may step up the game with a team-up with Thanos and Apocalypse…years from now.

CONS: According to the CGC census, there are a total of 2910 graded Iron Man #55 comics. Of that total, 829 are in near mint 9.0 and higher. Not a hard book to find in near mint condition – These totals do not reflect CBCS, as they do not have a census (yet). Which means there are probably well over 3000 of these comics graded out there. Maybe more than 900 near mint copies? – Thanos will appear in Infinity War and most likely in the next movie thereafter(?) That’s it folks. He’ll probably appear in TWO movies and Thanos is done (for now?). IF Thanos is used in more Marvel movies after these two(?), Thanos will become the modern-day Darth Vader, in which this particular con becomes a pro – Nothing is pointing in the direction that Thanos will be a main adversary within the Marvel Universe moving forward after Infinity War and after. Marvel loves to “move things along” as far as their villains go. Our speculation here is Thanos is either a one and done or a two and done – Does ONE or TWO major movie appearances warrant an (unsigned) Iron Man comic to fetch almost $2000? – Will the Drax character (help) really hold this comic at these levels? Although a character that may be around a bit longer than Thanos, the market may freeze up a bit once speculators realize Thanos is done – Marvel is rumored to really change things up after this phase is up. Possibly moving away from the cosmos – When the correction hits the market, this may take a hit due to the abundance availability of this comic and its “easy to find” near mint copies. 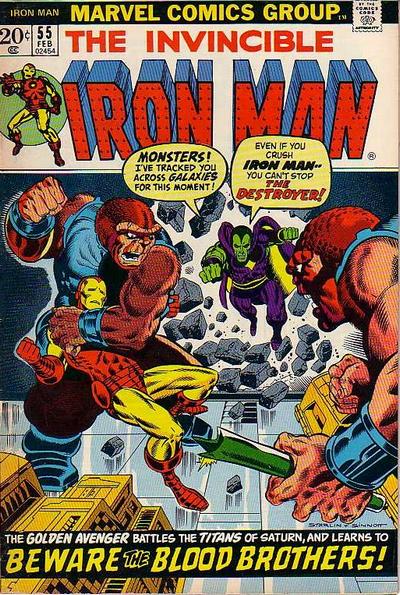 Here are some other Key Thanos comics. Click the comic to Buy/Bid from ALL available Ebay sellers