One comic is chosen to go under the scope. What is the best course? As a speculator, is it worth buying, selling or holding?
Here are the pros and cons, YOU decide.

PROS: The first appearance and origin of Moon Knight – The first appearance of right-hand man ‘Frenchie’ – An extremely valuable commodity in the aftermarket. An 8.5 CGC graded recently SOLD for $930+. This is an extremely high-priced sale for a character not considered to be an A-lister. A RAW copy sold for $700+ a couple of days later (see ‘cons’) – A constant rumored to be character from every television studio to movie studio to see live action (see ‘cons’) – IF Moon Knight ever does see the light of day, with SOLID news/confirmation of a live action, this comic will be aftermarket gold – A much revered cult followed character – A Gil Kane/Al Milgrom cover – Dubbed Marvel’s “White Knight” from comic fans – A part of the West Coast Avengers team at one point –  A Bronze Age comic – Constant upward ticks over years makes this comic very desirable. InvestComics recommended this comic 12 years ago and thru-out the years since. The comic was able to be bought in certain area’s for $100 at the time we first mentioned.

CONS: There are a total of 1873 graded copies (CGC Census). Out of those copies, 580 are graded 9.0 or higher. This is NOT including a CBCS Census (no data). NM copies are readily available out there and CBCS has not been factored in here – Rumors have been bound for a couple of years now, but have been getting particularly stronger more recently,  which means absolutely nothing – Rumors are not a stable environment for long-term investments. Markets need validity, balance and hard copy to proceed in the correct direction. If rumors continue, it will be a score for the seller. If rumors cease and or studios do not make a move (announcement), look for a possible major correction on this comic. RAW copies will take a major hit as graded books will wane away – As a non A-list Marvel character a $700 sale for a RAW copy is a bit of an aggressive stance for any speculator at this point. 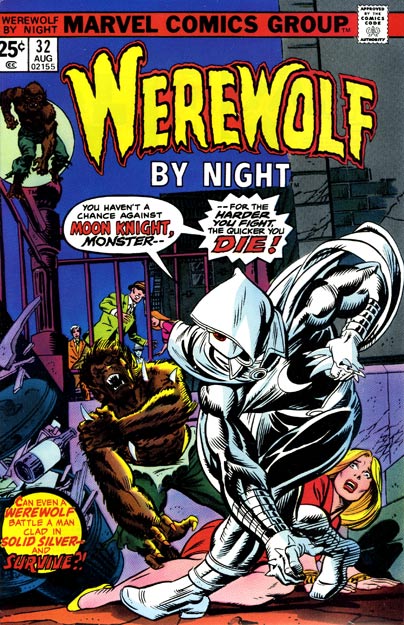 Here are some other Key Moon Knight comics. Click the comic to Buy/Bid from ALL available Ebay sellers

From the InvestComics Moon Knight Checklist