I mean, really, who didn’t see this one coming?

Critics and fans alike are captivated by the excitement of Captain America : Reborn:

“Marvel knows the art of the relaunch”—Entertainment Weekly

“Brubaker has been producing one of the best serialized superhero comics in Marvel history since he began working on Captain America and if anything deserves the hype an event book normally receives, it’s the work of Ed Brubaker.” – Timothy Callahan, ComicBookResources.com

“Hope, Brubaker, Hitch, Guice, and Mounts promise, is Reborn… The scope of this story resonates on each and every page.”—Brendan McGuirk, Newsarama.Com

“Captain America Reborn has a unique idea, strong ties to the story it’s birthed from, and an interesting concept that net the first issue a solid A.  Pick this one up; it’s probably going to sell out fast.”—Christopher, TheHomeWorld.Net

“Hitch and Guice are A-team talent and grace the book with fantastic action…The emotional nuances of the script is crystal clear.” – Lee Newman, BrokenFrontier.com

“This is a really top notch comic book, with great artwork by Hitch and Guice, and superb color.” – Richard Guion, GiantSizedMarvel.com 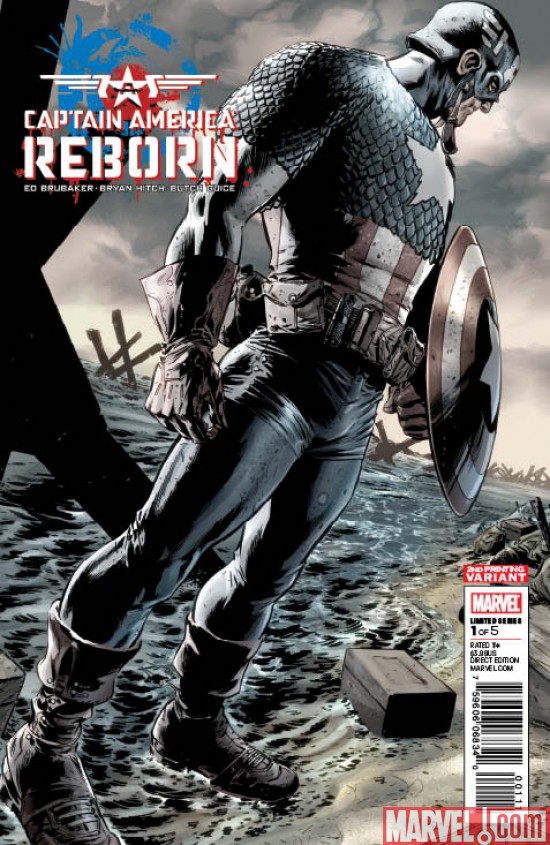