Dark Avengers #7 Sells Out and Returns with Second Printing!

Marvel is pleased to announce that Dark Avengers #7 has sold out at Diamond (though copies may be available at the retail level) and will return with Dark Avengers #7 Second Printing Variant! Eisner nominated writer Matt Fraction and acclaimed artist Luke Ross the sold out Dark Avengers/Uncanny X-Men: Utopia as Norman Osborn unleashes his Dark X-Men on the chaotic streets of San Francisco . With mutant detainees in his possession, how will Osborn use his mysterious Omega Machine? This exciting issue features a brand new cover with stunning interior art by artist Luke Ross!

“The effect used to render Emma Frost’s diamond form is one of the most beautiful comic effects I’ve seen.” – Bill Janzen, ComicsBulletin.com

“Matt Fraction is proving his A-list chops in “Utopia,”… With “Utopia” half done, the second half is sure to be equally impressive.” – Chad Nevett, ComicBookResources.com

“The storyline is gripping and interesting”- Adam Chapman, comixtreme.com 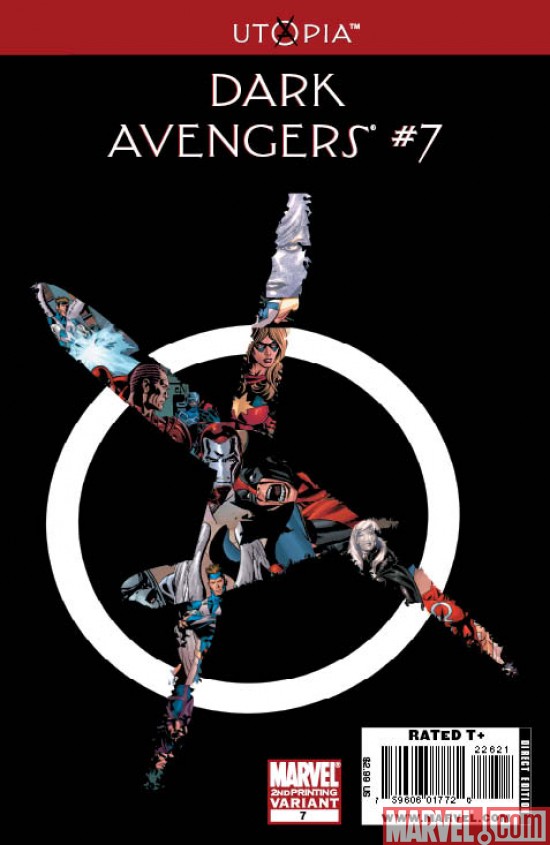