**This article was originally written for Yahoo Voices (March 2014) when InvestComics was a contributor.

What you are about to read is 100% authentic. This material is 100% original content from InvestComics and does not borrow from any article(s) or comic website(s) for its content. Anything you read regarding anything from here on any other site that seems similar probably and most likely originated from here. Enjoy…….

One who collects things which are separate ; esp ., one who makes a business or practice of collectingworks of art , objects in natural history , etc .; as , a collector of coins .

What defines one as a collector? Is it a person that simply enjoys the hobby of reading comic books? Is it a person that collects comic books for the pure enjoyment of its monetary value? Maybe both? Maybe an avid reader and you vehemently oppose the “worth” or “selling” of a comic book. More often than not, the latter has come into play in the comic book world. But let’s set the record straight a bit. If you are in fact the comic book enthusiast that severely opposes the monetary value of a comic book, then you are in the right place.

How many articles have you read recently or in the past year, two years, or several years that stated how invaluable comic book collecting is for monetary gain. Not only is this completely false, it’s extremely uninformed. Now I can bore you with numbers, Action Comics #1 30 years ago, Captain America first appearance 30 years ago, Amazing Fantasy #15 30 years ago, Detective Comics #27 30 years ago were all worth much less in monetary value than they are today. Okay so now you might be saying, no those articles mean the modern day books. Okay so how about Walking Dead #1, Amazing Spider-Man #300, New Mutants #98, and that list also goes on.

Here’s the thing. I have personally reached out to many comic shops over the years to carry on my business venture with them. The business venture (weekly Hot Picks/Checklist) was and is still to this day to heighten awareness to the average collector and the serious speculator on what to buy each week on new comic book day on Wednesday. And read them! Many of the shops were more than happy to oblige and take the free information I am providing them each week to possibly sell more comics in their shop. After all, they are in business to make money right? They understand there is a niche market for the speculator, agree or disagree, they get it. There was however two shops (that shall remain nameless) that came back and provided the words; “We don’t believe in this practice of comic books.” One of the shops even said “I would consider changing the name of your business.” Now what options were open for me here? A: I could have wrote them back and explained in a more thorough sense of what the business model is trying to achieve, to which 20 other shops understood when they read the original text, which read like this; “the weekly article may help with your sales and it’s 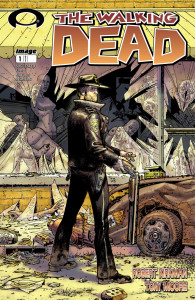 free!” B: Ask if they were running a business or they simply don’t like making money. C: Told every collector in the immediate area of those two stores that their local comic shop is selling the Amazing Spider-Man #129 on the wall for cover price of 20 cents. They don’t believe in that practice right? Isn’t that what they essentially stated? So basically, I or any collector alike could walk in there and buy off the wall for cover price. There is one thing to have beliefs, but you simply cannot have it both ways. It doesn’t work that way. Either you believe comics have monetary resale value or you don’t.

…..Which brings us to that comic book fan with the same heighten sense of “comic book collecting for monetary value is evil, they’re for reading!” While I agree, reading a comic book is an extremely enjoyable thing, there are several things to point out with this way thinking. So here’s what I have done to those thinkers in real time (at my local comic shop). I ask them if they like reading trades. Most of the time they will say yes, then I ask if them if I could have their Walking Dead #1 comic for cover price ($2.95) from their collection. 10 out of 10 times, not one will say yes to this. I ask, well you can buy the trade right? It’s about reading right? So I proceed to inform the non-monetary comic believer that what they may have is a number one Walking Dead 9.9 graded copy on their hands. Which sold for a mere $7000. Oh wait, you don’t like money right? You wouldn’t sell that comic to get your first used car to get around and hang with your friends. Maybe you need to pay some debt, maybe you need to make a light bill payment, rent, mortgage, but of course you don’t want to part with that number one issue because it means everything to you because you like “reading it”……Trades, remember those? Same thing. In fact easier to store and you may have 8 comics or more in one book! Giving the “reader” a chance to never having to put a comic away to pick up another one. Binge read an entire story arc. Well, you get the idea.

Hypocrisy anyone? Can we all come to the agreement that not only is the thought process skewed with this hobby, but any hobby for that matter?

I do not like or care for the automobile hobby. I know nothing about cars, I have no interest in knowing value, and I have no personal redeeming value for the car I drive now. It gets me from point A to point B and that is what is most important to me. That said if I were to sell it, I will maximize the full potential of getting every dollar I possibly could for my vehicle. I don’t like the automobile hobby, but I am privy to money. I would never speak out of school to a car enthusiast for understanding and crafting their hobby, why would a fellow comic book fan do so to another? Be glad there are others interested in your hobby regardless of what their intentions are. Actually, speculators are actually helping you if you ever get caught in a jam. I can personally attest to this about 9 years ago when I sold many comics in my collection because I had a one year old at the time, no job and we needed a roof over our heads. Did I have a personal connection to some of those comics? Sure I did. Did I really want to part with them? No I didn’t. But I do have a full understanding that comic books are worth money. Holding on to certain comics in your collection because of sentimental value trumps many things. That said, when things are getting rough in real life, it’s time to buckle down and see what means the most to you in your world. Certain comic books do and have held personal highlights in some collectors lives, but I’m not touching on those particular books here. I’m talking about the Walking Dead #1 that I bought for cover price when it came out, had to slabbed (9.8) and sold it for $200 back 9 years ago.

Many modern comics can be flipped for cash if done correctly. There are investors buying a house in your neighborhood right now to flip it. It’s the way it is. Money is not bad. If it’s so evil, then the next time you think about saying how much you don’t like the monetary value in a comic book, give me a call so I can go through your collection, hand pick and give you cover price for your comics. I will buy you the trades (that include entire story arcs in one book, remember?) in turn for buying your books at cover price. Deal? It will never happen because you are smarter than that. The same with the majority of comic book store owner.

Here is a fun task to run at your local comic shop. Ask your comic shop owner about the speculation side of the hobby, some may actually say how bad it is for the hobby, how they hate it, how they don’t believe in it. If they say this, then it’s your turn to say, don’t you like money? Don’t you like to feed your family? Then ask for that New Teen Titans #2 for cover price off the wall. See how quickly things change. Businesses are in business to make money, always remember this. If an owner strongly opposes the modern day flip on a comic book, then why are they selling a variant cover for $75 that came out that day with a cover price of $4.99? Of course they believe in it, otherwise you’d be beating the house and running on Ebay to sell your goods becoming richer than them. For some reason quite a few comic shop owners do not like the sigma of modern day flips, but they will in fact, no doubt make money on them if and when the time calls for it!

Comic fans and comic shop owners have to grasp the concept that if they do not like the monetary value side of comic collecting, they should embrace it. You as an individual are entitled to your opinion about anything. But do know that if you are not a believer at all about grading comics, collecting them, and handling them, don’t ever sell above cover value unless you are a business person. Try to not make yourself out to be a hypocrite. Cannot have it both ways. Business is money and money is not a bad thing. Know that there are markets out there (cars, stamps, games, toys, coins, etc.) and try to refrain from the negative aspect of it because you will get called out on it and made to look rather foolish one day. Respect the comic book hobby, respect the speculator, and most of all read comics too!