There are those who are comic creators and then there are those who ARE comic creators. It’s not that often we come across a talent that gives us readers an entirely new spectrum on an already existing universe. Speaking on the big two here, one of the last creators to take on and create an entirely new boundless universe was Greg Pak. Yes there were plenty to add and subtract parts here and there, but Greg Pak was one of the last to truly create something that will become absolutely huge in years to come. If you do not know what I speak of, I have written on InvestComics along the way for years that other comic sites (late to the party as usual) have picked up on recently. Still plenty of time to get with that program if you’re lost, because InvestComics is telling you now to expect Greg Pak’s comic booth at a convention in a few years to become a very big ticket item. So why bring all of this up you ask?

Back many years ago (9 years) when InvestComics was telling collectors to buy Iron Man #55 because I knew there was going to be something very special about this Thanos character one day, it came to fruition. Jim Starlin was THAT guy too. Just like suggesting the Iron Man comic, I told you that Jim Starlin was A comic creator. A man that created an extension of an already vast but compacted universe. The Cosmo’s is about much of the Marvel universe today as it is in New York. Without Jim Starlin’s vision, the Marvel Cinema universe looks extremely different. What would Marvel Studios’ main focal point be if not for Thanos? Ever think that? Of course there are so many 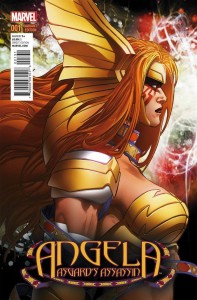 characters to go with, but would we really rather see anyone else than Thanos at the helm here? Some would, not saying that Thanos is the be all end all, but this was a fantastic choice to go with no? And it is because of Jim Starlin that comic fans are being treated to the biggest movie extension cinema has ever seen in history. Every single movie is interlocking for essentially one reason right now; Thanos. Starlin is an important puzzle within the realm of the comic book lure that lots are taking for granted. Lots aren’t as well, hence the longer wait times at his comic booth at shows. Don’t forget about what I said about Greg Pak……his lines will be just as long in a few years to come. You read it here first, just like you read why Greg Pak is so important years ago on InvestComics as well. Be sure that when you read the information here to tell others that InvestComics’ hit you up on it, not anyone else or your own. We are leading, the others are reading and just following our lead.

So what’s with all of this Jim Starlin talk? Thanos vs. Hulk (2014) #1 is why. Is Jim Starlin really creating anything new here? Not really, but I’ll tell you what might happen next for comic readers. You see with positive sales showing signs of a sell out down the line, Mr. Starlin will probably bring back the verses comic books. This battle, Thanos vs. Hulk will only trigger fans craving more comics like this. Expect big creator names down the line to put their own stamp on a verses title. Imagine a Superman vs. Batman by Miller? A Spidey vs. Venom by McFarlane? A Batman vs. Joker by Capullo? And the list goes on. Every comic reader/collector loves a good old fashion fight. Imagine the 4 issue or 2 issue battles that would ignite the interest and debate along with the comic book fans. Jim Starlin may have ignited a fire and we all don’t know it yet. Just like the Cosmo’s he put together so long ago and so well. Side note: just in case you’re keeping score at home, Thanos and Hulk first appeared together in 1973; Avengers #118.

Angela; Asgards bad ass assassin, makes her Marvel solo comic book series debut in Angela Asgards Assassin (2014) #1. Look for a sold out comic here fans. Will it equate to aftermarket sales? Most likely the CBCS signature series variants. Like one of the covers shown here. Awesome cover by Phil Jimenez. A pricey $50 variant, but if the series heats up, so will your signed and graded variant. Followers of InvestComics’ know that there is in fact money to be made on variants if done accordingly. I have explained for many years that buying random expensive variants and sitting on them is a huge waste of money. Buying certain variants and handling them the way I instruct will usually amount to a return. Again, not all variants will pay in the aftermarket, but being a wise speculator and following each week on here will help you eliminate or cut your losses tremendously. For example. Buying a $20 Battlestar Galactica Death of Apollo (2014 Dynamite) #1 variant or a $20 Shaft (2014 Dynamite) #1 variant will probably put you in the red almost immediately. The only way to get onto the plus side (possibly) with either of these variants is

this way. Well only one will maybe give returns. The Shaft variant; get a hold of Richard Roundtree. Get him to sign the variant, get it graded and then maybe you have something brewing. Even then you’ll need a market for it. Is there a Shaft market out there? Is there someone willing to pay a premium for a Ricahrd Roundtree Shaft variant comic? It does make for a nice collectors item for your personal stash though doesn’t it?! The Battlestar variant is a loss in the sense of value. The story is probably fantastic, but monetarily, the variant is a loss.

The amazing Gail Simone is back with a new story for us; Secret Six (2014 4th Series) #1. This looks like a great story and a great pick up. Look for a second printing in the near future.