Darkhorse sent out this press release to us, and man is this sweet or what?!? Take a look at that image they sent! Coolness!

TOO GOOD TO BE TRUE!

January 13, MILWAUKIE, OR—What was rumored as an April Fools’ joke has turned into a full-blown miniseries sure to bring laughs and excitement. Dark Horse Comics is proud to announce Groo vs. Conan!

It had to happen: The most heroic warrior in history meets the stupidest, as Robert E. Howard’s immortal Conan the Barbarian crosses swords with Sergio Aragonés’s Groo the Wanderer in Groo vs. Conan #1!

This four-issue miniseries was concocted by the Eisner Award–winning team of Mark Evanier and Sergio Aragonés, aided by master illustrator Thomas Yeates and master colorist Tom Luth. Will Conan annihilate Groo? Will Groo turn out to be the man who can defeat Conan? We’ll see.

Since 1986, Dark Horse Comics has proven to be a solid example of how integrity and innovation can help broaden a unique storytelling medium and establish a small, homegrown company as an industry giant. The company is known for the progressive and creator-friendly atmosphere it provides for writers and artists.  In addition to publishing comics from top talent like Frank Miller, Mike Mignola, Neil Gaiman, Gerard Way, Will Eisner, and best-selling prose author Janet Evanovich, Dark Horse has developed such successful characters as the Mask, Timecop, and the Occultist. Additionally, its highly successful line of comics and products based on popular properties includes Star Wars, Avatar: The Last Airbender, Buffy the Vampire Slayer, Aliens, Conan the Barbarian, Mass Effect, Serenity, and Domo. Today, Dark Horse Comics is the largest independent comic-book publisher in the United States and is recognized as both an innovator in the cause of creator rights and the comics industry’s leading publisher of licensed material. 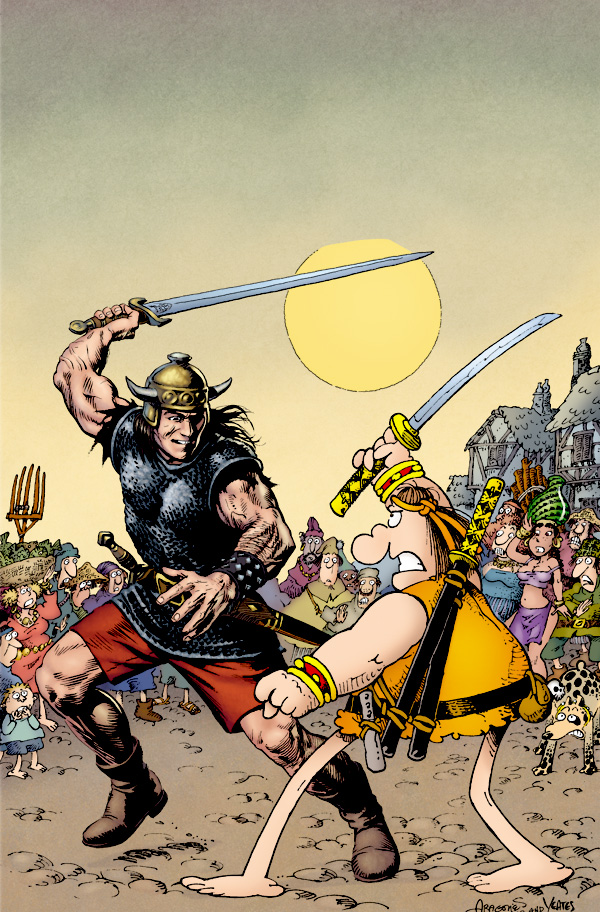