Check out these pages for the now available Dark Tower: Battle of Jericho by Peter David, Robin Furth, and Jae Lee.

Gilead lies in ruins, the pillars of reality itself begin to crumble and only Roland Deschain can save the world in Dark Tower : The Battle of Jericho Hill #1, on-sale now! The all-star, chart-topping creative team of Peter David, Robin Furth, Jae Lee and Richard Isanove reunite for the newest chapter in what promises to be the boldest Dark Tower graphic fiction series yet! Plus, this issue features a variant cover by superstar artist Brandon Peterson!

The fate of reality rests in the hands of Rolaind Deschain and his ka-tet—but can they save the day? Find out in Dark Tower : The Battle of Jericho Hill #1, on-sale now! 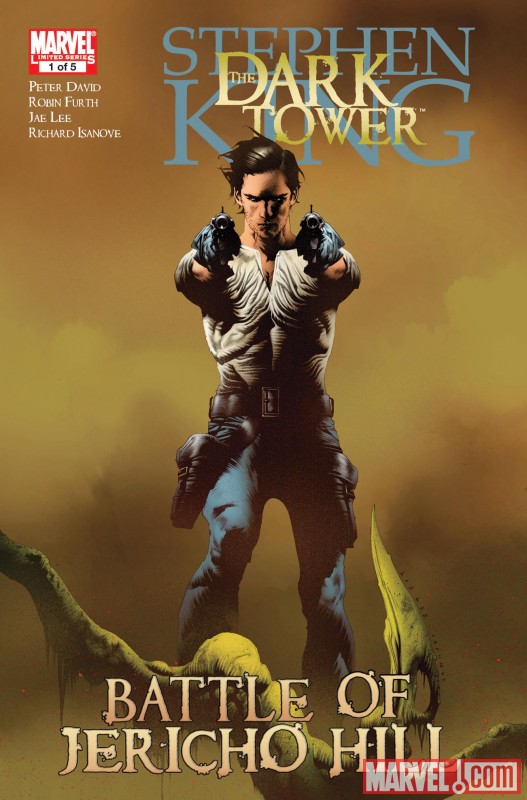 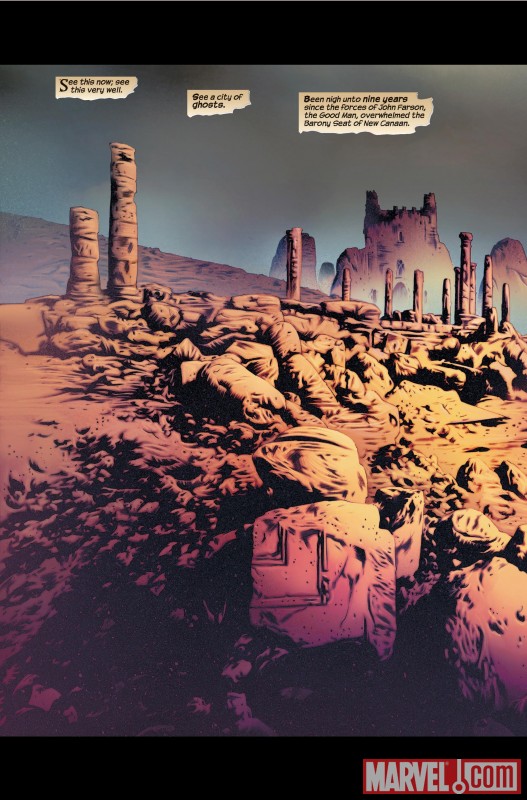 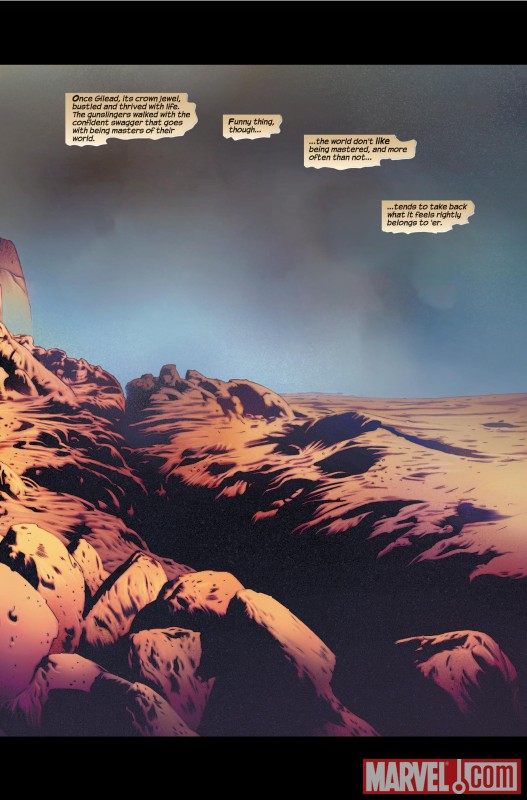 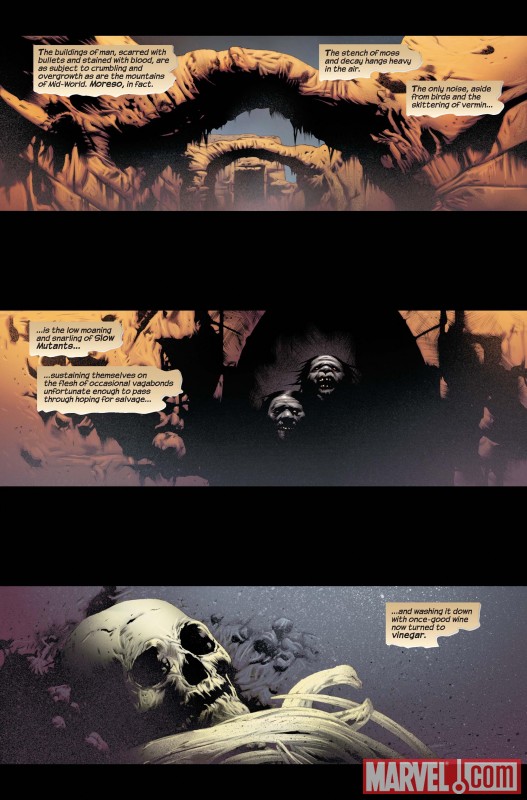 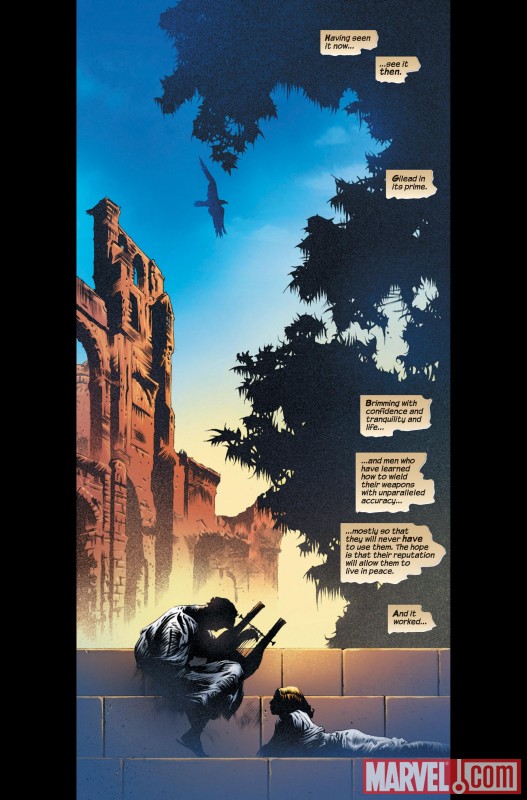 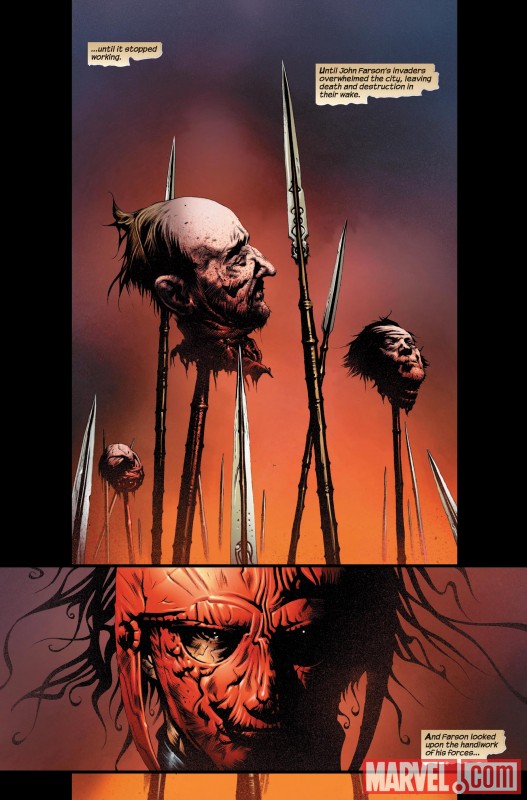 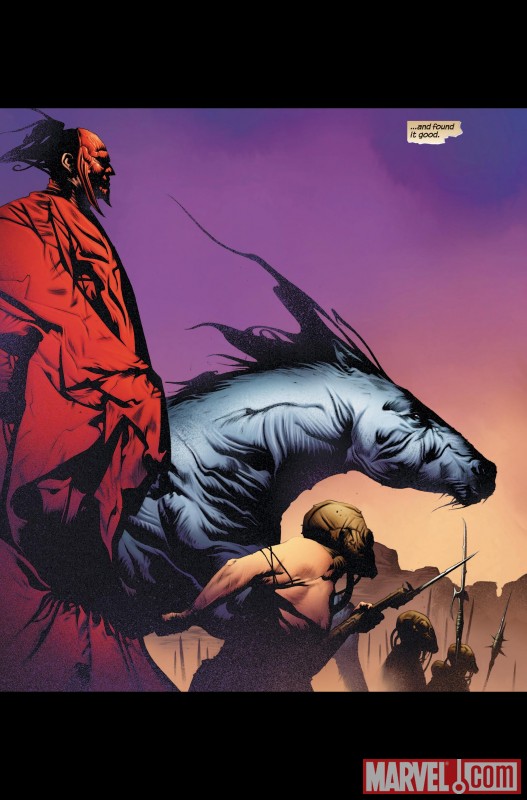