Claudio Sanchez, creator of the Kill Audio Comic and Toy and Frontman for Coheed and Cambria, concludes the saga of the Amory Wars: Second Stage Turbine Blade.

It doesn’t get much more interesting than that, right?

30 November 2009 (Berkeley, CA) -THE AMORY WARS: SECOND STAGE TURBINE BLADE VOLUME TWO, the second half of Claudio Sanchez’s sprawling sci-fi epic illustrated by Gabriel Guzman and featuring covers by Tony Moore, comes collected in its entirety this December alongside an  all new exclusive mini-story entitled “33,” which can only be found inside this tradepaperback!

"THE AMORY WARS is a science fiction story based on a family’s quest to understand where it fits into the universe of Heaven’s Fence," Sanchez said. "The second volume dives deeper into what the reader found out in the first volume–Coheed and Cambria were created for something bigger than your average mom and dad living in the suburbs.  What really sets the story in motion is when they find out that this ‘larger purpose’ in the scheme of the universe isn’t for the bettering of mankind, but to actually destroy it."

THE AMORY WARS: SECOND STAGE TURBINE BLADE, VOL. 2 reveals the story behind the Coheed & Cambria album, Second Stage Turbine Blade, in which husband and wife, Coheed & Cambria, learn of their forgotten past as intergalactic terrorists and the horrible fate they’ve passed on to their children. In addition, Sanchez and artist Dave Hamann have teamed up for the exclusive sub-story "33", an untold tale of the Amory War’s saga’s own Patrick McCormick and the moments leading up to his demise. 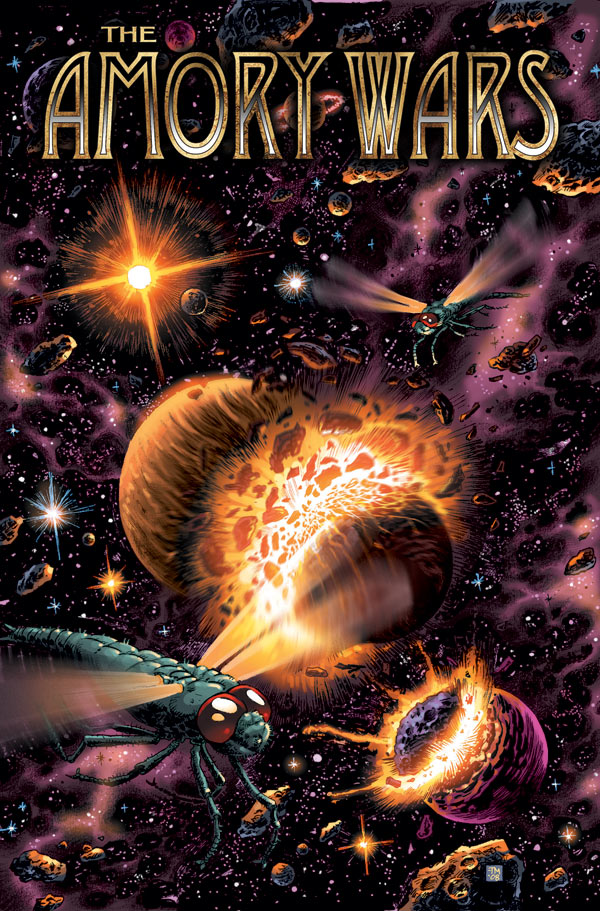