ENTERTAINMENT WEEKLY  is really living the comic genre lately. The reoprted the CW’s casting of THE HUNTRESS for new series, ARROW, based on GREEN ARROW. Then they revealed the new relationship between SUPERMAN and WONDER WOMAN. Now they’re showing off their upcoming WALKING DEAD covers.  Check these babies out! 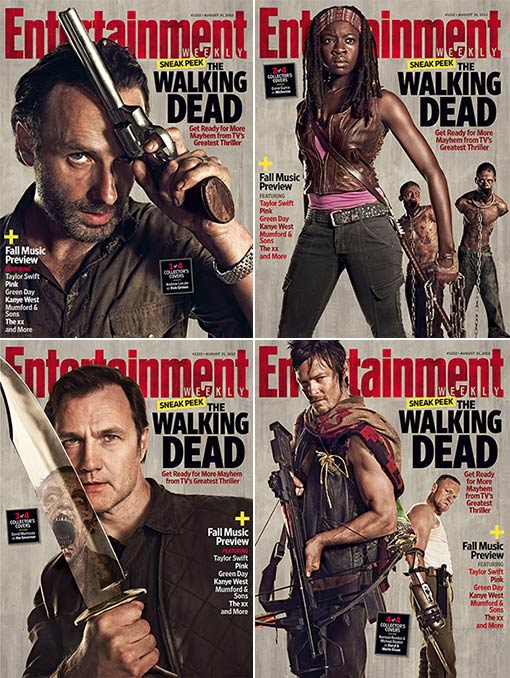 “This season really is about setting up these two worlds and watching them come to a head and collide,” says exec producer Robert Kirkman. “And you know that there are going to be some pretty explosive encounters between Rick and the Governor. This season is going to be about getting to know these two characters, and then waiting for their eventual confrontation that could destroy everything.”