Recently, I’ve launched Carpet Bomb Comics along with co-founder Michael Nelsen, where we’re releasing our own books such as Faction and the Citizens (and more) under the Carpet Bomb Comics name, working on web comics such as Doc Immortalis, Capetown Chronicles, Hulk Vs. Bizarro, and Unfiltered, helped to produce two magazines, Zedura (I’m the editor in chief and Michael is the creative director) and SP! Nexus Magazine, and plenty more all while working a full time day job, supporting my family, and being a general menace to society. 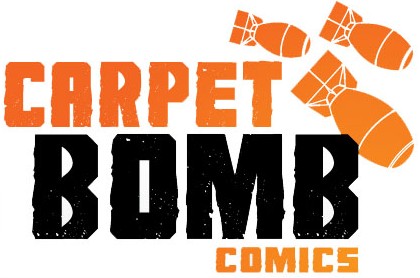 1. What comic (character) would you love to have total creative control over? And why?

(EH) Does it have to be a single character? Aww…. Having total creative control over the Uncanny X-Men has been my dream as long as I can remember since it’s the series that first turned me into a true comic book fan and collector. As far as a single character goes, I would say Havok (Alex Summers) because with the exception of Mutant X, he is one of the single most underutilized and underappreciated characters in the X-Universe.

2. If you could have one superpower, what would it be?

(EH) I HAVE to listen to music while I work. Music takes me out of reality, letting me channel others.

(EH) Michael Nelsen. When one of us is stuck, the other can help push ideas into unique directions.

5. In your opinion, do you feel that the movie industry is doing a good job with Comic Book movies?

(EH) I think the movie industry has a tendancy to over “Hollywood” comic book ideas which can stand perfectly well on their own. The fact that every major comic book film ends with the death of a villain rather than building a roster, characters are combined, dilluted, etc… They need to learn from examples such as 300 and Watchmen where the ideas were left generally intact that movies CAN be successful and stay true to the original ideas. 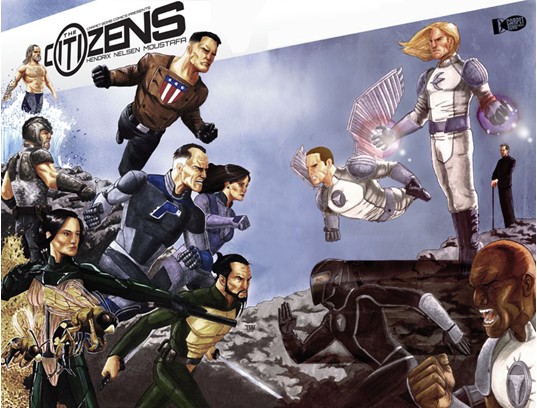 6. What comic book hero/villain do you want to see on the screen?

(EH) Where I’m already working! I’m a full time order manager with Cisco with heading on 20 years of experience in supply chain / transportation / logistics and have a degree in information systems / programming. Sleep is for the weak!

8. What advice could you give to a creator trying to break into the industry?

(EH) Never assume that your work alone will get you into the industry. It’s a combination of skill, luck, tenacity, and self promotion. Those who think they can write their opus and it will magically get them a contract and tons of money are fooling themselves. Those who blame their lack of luck in the industry on others (I didn’t get a job because I don’t know anyone or I don’t write or draw like blah blah blah) are also fooling themselves. You need to take the decision out of the industry’s hands by putting out quality product, promoting the hell out of it, and never apologizing for it. 99.9% of the time, you’ll have to pay your dues by working back end deals which may never pay, but they could lead to the one that does. Too many creators lose their chance at “making it” because they’re waiting for someone to hand success to them. Not gonna happen, so go make success for yourself.

9. My best investment in life was…

(EH) My pen drive, ha ha… Best way to keep track of your ideas is to keep them all electronically someplace. I made the mistake of writing about 300 pages of a novel on paper. Not surprisingly, it’s easier to write new comic scripts than to take the time to transcribe a book! 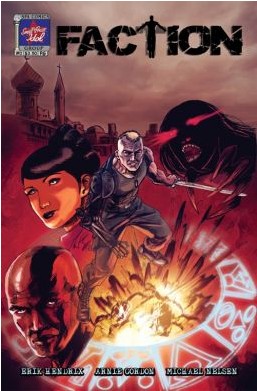 (EH) Faction and Citizens issue 1 are both on presale right now through June 22nd. You can get all of the information on how to pre-order over at carpetbombcomics.com/store. We also have a kickstarter.com project going (look up Carpet Bomb Comics Launch) to help us bridge the gap between funds, presales, and printing costs with fan support! Also, the first issue of Zedura magazine with me as the EIC is hitting the shelves any day now and the next issue will be ready for SDCC ~ come find the magazine and our Carpet Bomb Comics books over at the Arcana booth. Why Arcana? Besides the magazine (they are the publisher of Zedura Magazine), I also have four projects in development with them for books which will be released in 2011. By LBCC (Long Beach Comic Con) in October, Carpet Bomb Comics should have a couple of other projects launching plus more issues of Faction and Citizens. Everything is kept up to date at carpetbombcomics.com. 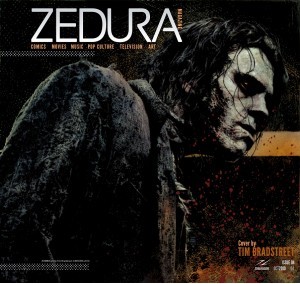 Who were your influences breaking into the industry?

(EH) Chris Claremont showed me the way, Mike Carey, Brian K Vaughan, Garth Ennis, Neil Gaiman, and Bill Willingham showed me how good comics can be, and Robert Kirkman showed me that you can do it your own way and have success.

(EH) Paper! I believe that digital comics have their place, but there’s nothing quite like flipping through a printed book, and, as a creator, you can’t beat the feeling of holding something you created in your hands.