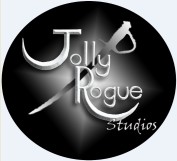 January 14, 2011:  With the recent decision to self-publish Sky Pirates of Valendor, creator and publisher of Jolly Rogue Studios Everett Soares has decided to share his lessons learned and possibly even lessen the burden of being a creator by offering up the talents of his most trusted team. In this endeavor, Soares has partnered with those in the industry who have helped him, trusted him and created with him to establish a one-stop shop to aid creators and publishers to develop their properties. The main goal of Jolly Rogue Studios is to provide guidance, support and resources that enable any creator or publisher in need. The team consists of a writer, penciler, inker, colorist, letterer, graphic designer, web designer, editor and publicist. The studio, based on their experience, will market themselves to comic book creators and publishers, gaming companies and novelists.

Jolly Rogue Studios was founded in 2007 for the sole purpose of creating Sky Pirates of Valendor. As a finalist in Small Press Idol that year, Soares went from aspiring comic book writer to published creator virtually overnight. But that didn’t come as easily as it sounds. Building his team was the hardest process for Soares. He interviewed and auditioned over 16 artists before he hit jackpot with Brian Brinlee. Then after losing his original inker and colorist, another search began. The end result – Alex Rivera and Jet Amago.

In 2010, Jolly Rogue Studios grew even larger with the valuable addition of George Burnett, website design guru. George gave Sky Pirates of Valendor the amazing presence to the world that it needed. Next to the dazzling art and intriguing storylines, one of the most appealing assets that Sky Pirates of Valendor possesses is its packaging. Working with Soares since the launch of Sky Pirates of Valendor, talented graphic designer Steve Kuster has created a unique look and feel that engages the reader.

To round out the studio, Soares has welcomed longtime friend and grammar guru, Amy Haley to the team for her mad editing skills. And last but not least, a project of this magnitude would not be complete without his partner, wife and promotions goddess, Susan Soares. Together, this happy group of 8 will conquer the world with their extraordinary organization, communication and teamwork skills to bring their clients’ projects to fruition with the same level of magic they’ve experienced for the past four years.

For more information on the services that Jolly Rogue Studios offers, visit their website at http://www.jollyroguestudios.com. 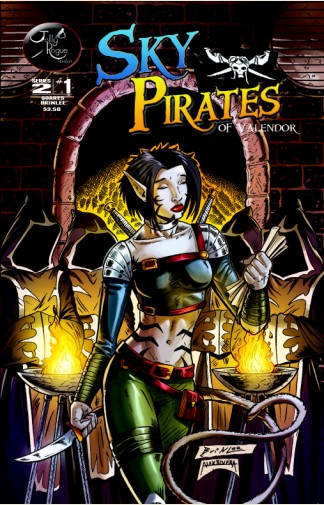