Looks like Fall of the Hulks is off to a great start with the Alpha book selling out and coming back for more.

Marvel is pleased to announce Fall Of The Hulks Alpha has sold out at Diamond (though copies may still be available at retail level) and will return with a red (and green) hot NYEE variant cover made available on December 30th, Marvel’s New Year’s Eve Eve Party! Fan-favorite creators Jeff Parker and Paul Pelletier orchestrate the downfall of Marvel’s strongest group of heroes and villains, The Hulks! Fall Of The Hulks Alpha kicks off the biggest Hulk Event yet in the Marvel U and reveals the origins of some of Marvel’s most maniacal villains!

What role do M.O.D.O.K., The Leader, The Mad Thinker, Egghead, Red Ghost, and Doctor Doom play in the downfall of the Red and Green Goliaths? Will intelligence best brute strength? Fall Of The Hulks Alpha has the answers! The Fall Of The Hulks Alpha NYEE Variant, available on December 30th, is your last chance to get in on the beginning of the most earth-shattering Hulk story ever!

Retailers should also keep an eye out for Hulk #19 and Incredible Hulk #606 in January for the next exciting chapters of FALL OF THE HULKS! 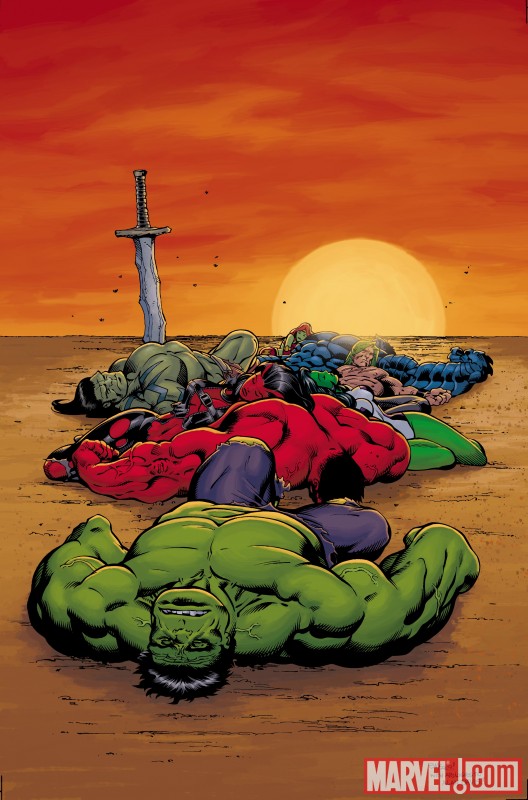 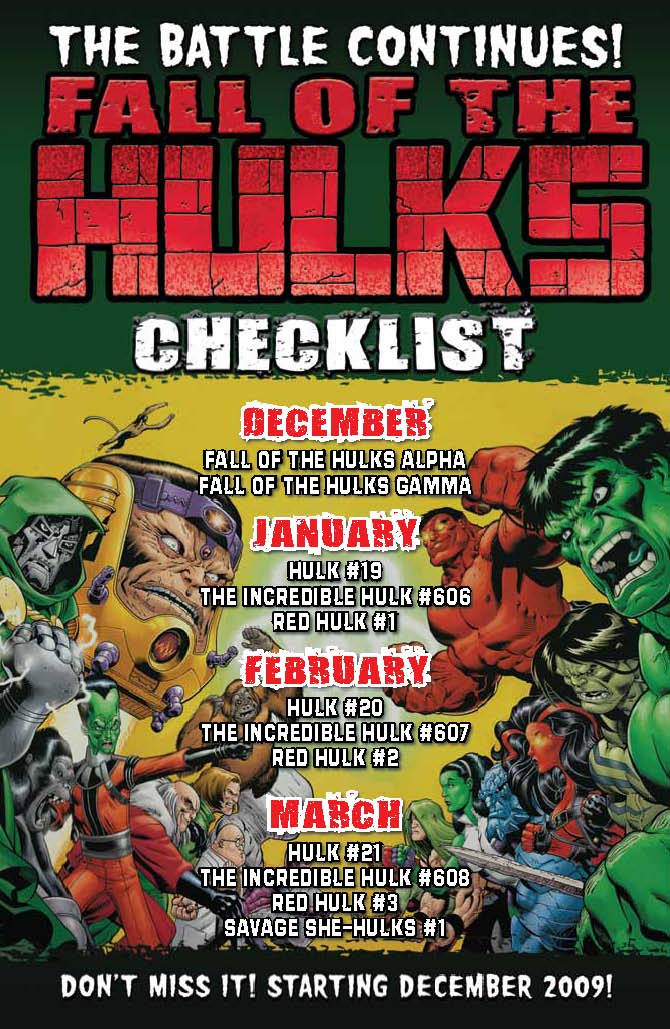