While DC has cancelled it’s entire line, relaunching 52 (plus a few) with all new #1 issues, Marvel is bringing back THE FANTASTIC FOUR, and picking up with issue #600, which leads one to assume that the current series, FF (Future Foundation) is ‘ending” and counting as the fill-in issue numbers between FANTASTIC FOUR, which ended with Johnny Storm’s apparent death in issue 588, and the new 600th issue.

Interestingly enough, the John Romita JR cover to FANTASTIC FOUR #600 features a Fantastic FIVE, as both fallen member Human Torch, and his current replacement, Spider-Man, are included alonside Mr. Fantastic, The Thing, and The Invisible Woman. 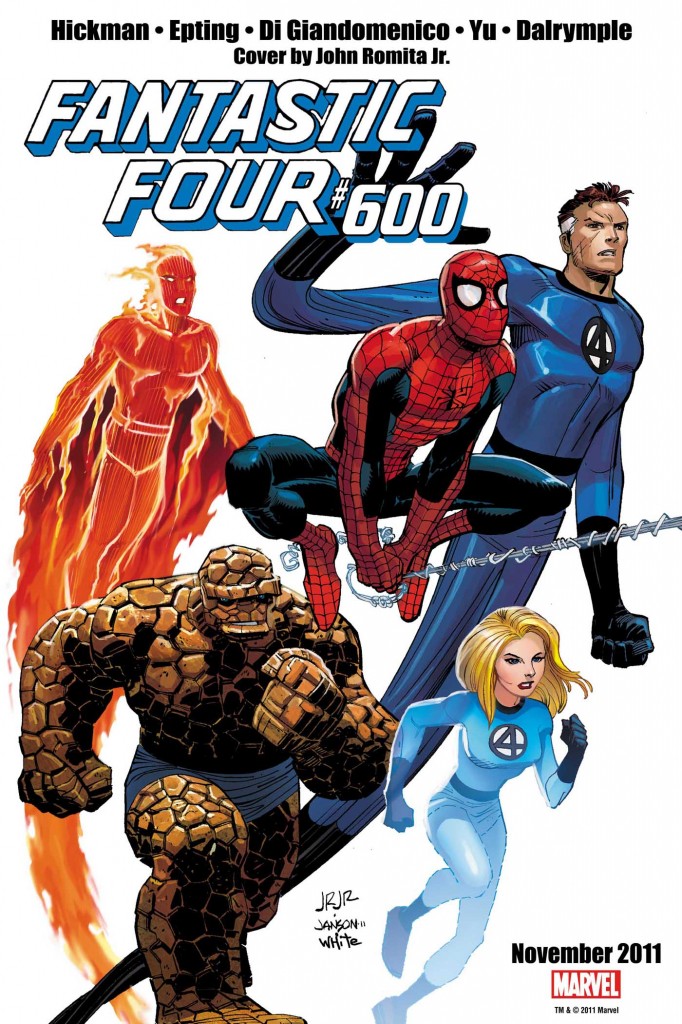