HIS NAME IS MUD

Berkeley, CA — 11 August 2011 — After self-publishing for much of the ’90s, Paul Grist brought two critically acclaimed original titles to Image Comics in 2002: the crime drama KANE and then the eclectic superhero series JACK STAFF. Recently, Grist has been using his sparse, signature style to develop a new superhero that will be introduced to the world this November with the debut of MUDMAN.

“This is my ‘Back to Basics’ superhero comic,” explained Grist. “It’s not about alien menaces or cosmic powers (though they may pop up once in a while); it’s all about growing up and finding your way in the world, and how the decisions that you make can affect others. In a way, it’s probably the most autobiographical comic I’ve ever done. But with added mud.”

“Paul has been one of my favorite creators since writer Robert Loren Fleming turned me onto KANE back in the ’90s,” said Image Comics Publisher Eric Stephenson. “His style looks deceptively simple, but he’s a master of his craft, capable of some of the cleverest storytelling in comics. It’s a big thrill for me that Paul’s part of Image, and I can’t wait to see what he does with MUDMAN. ”

In MUDMAN #1, the new school year is just beginning, and it isn’t starting off well for teenager Owen Craig. His day just keeps going from bad to worse: He gets run over, he gets detention, and then he learns his father has actually been taken hostage by armed bank robbers. But that’s only the beginning of his problems. Now his body appears to be turning into mud! 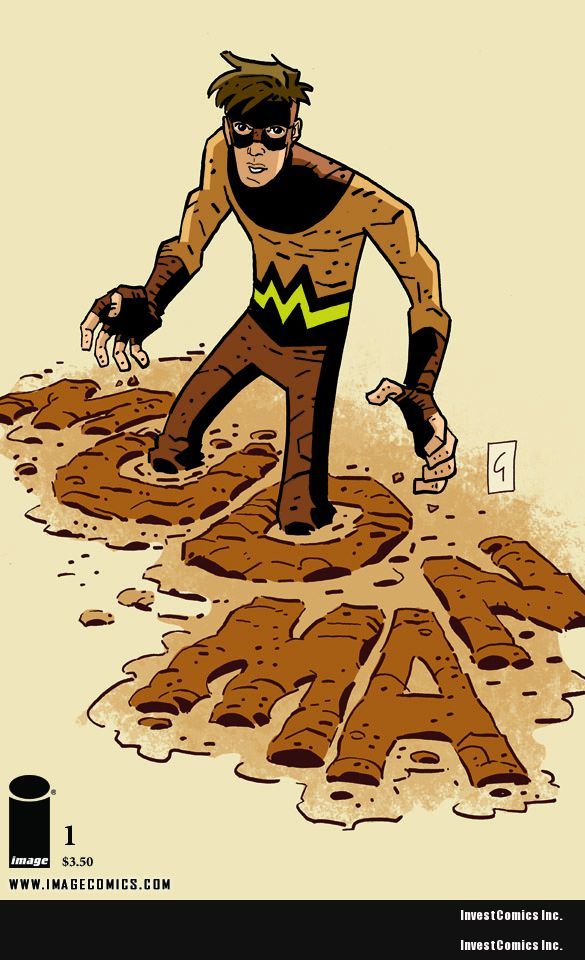 Image Comics is a comic book and graphic novel publisher founded in 1992 by a collective of best-selling artists. Image has since gone on to become one of the largest comics publishers in the United States. Image currently has five partners: Robert Kirkman, Erik Larsen, Todd McFarlane, Marc Silvestri and Jim Valentino. It consists of five major houses: Todd McFarlane Productions, Top Cow Productions, Shadowline, Skybound and Image Central. Image publishes comics and graphic novels in nearly every genre, sub-genre, and style imaginable. It offers science fiction, romance, horror, crime fiction, historical fiction, humor and more by the finest artists and writers working in the medium today. For more information, visitwww.imagecomics.com.