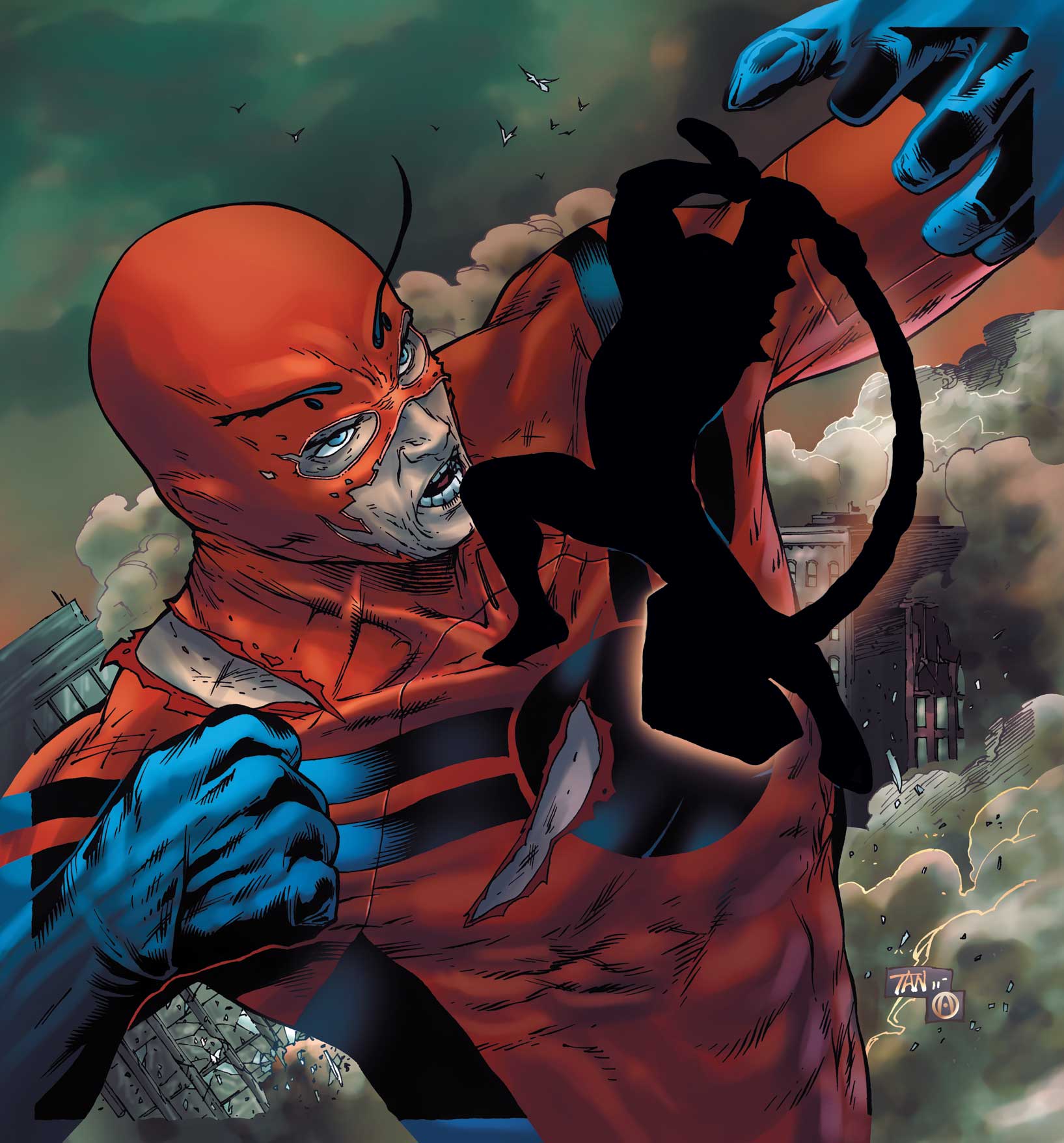 One of THE WORTHY sets their sites on GIANT MAN in AVENGERS ACADEMY #15.

This June, revenge comes hammering home in Avengers Academy #15, from the acclaimed creative team of Christos Gage and Tom Raney! That’s right –one of the mysterious Worthy has Hank Pym at the top of his hit list and he’s about to bring the fury of Fear Itself crashing down on Marvel’s heroes-in-training! But are Mettle, Hazmat, Veil and the rest of the students of Avengers Academy capable of saving their mentor and the Marvel Universe?

“Ever since I started Avengers Academy I’ve looked forward to the kids getting involved in a big event, because this is how superheroes go to war. And war leaves no one unchanged.” explains series writer Christos Gage. “Fear Itself is going to have a huge impact on the cast of Avengers Academy…when it’s over, things will have changed forever!”

Practiced or not, these rookies are about to get their first taste of real combat but some of them might just feel a bit too at home on the battlefield! There’s no class and no quarter given when Fear Itself strikes Marvel’s next – and possibly last – generation of heroes this June, only in Avengers Academy #15!

AVENGERS ACADEMY #15
Written by Christos Gage
Penciled by Tom Raney
Cover by Billy Tan
Rated A …$2.99
ON SALE THIS JUNE!