The Marvel Universe’s biggest, reddest brutalizer clashes with the forces of Fear Itself this July in Hulk #37, from acclaimed writer Jeff Parker and rising star Elena Casagrande! Which is stronger? Mortal terror or all-out rage? Red Hulk is going to find out with his fists as he goes toe-to-toe with the God of Fear’s most unexpected recruit in a brawl for the ages!

“Red Hulk’s intersection with Fear Itself is really a defining moment for the character, showing what he’s made of. It’s really cool to be right up front during a happening like this!” said Parker. “It also gives us the chance to show what goes on with the other world threats who aren’t commanding the center stage during a crucial event – in this case the newly returned M.O.D.O.K.!”

But which of the Serpent’s earthly avatars has specifically sought out Red Hulk and why? This July, can the Crimson Crusher withstand a treacherous battle with Worthy and make it out alive? Find out when Fear Itself stomps into Hulk #37! 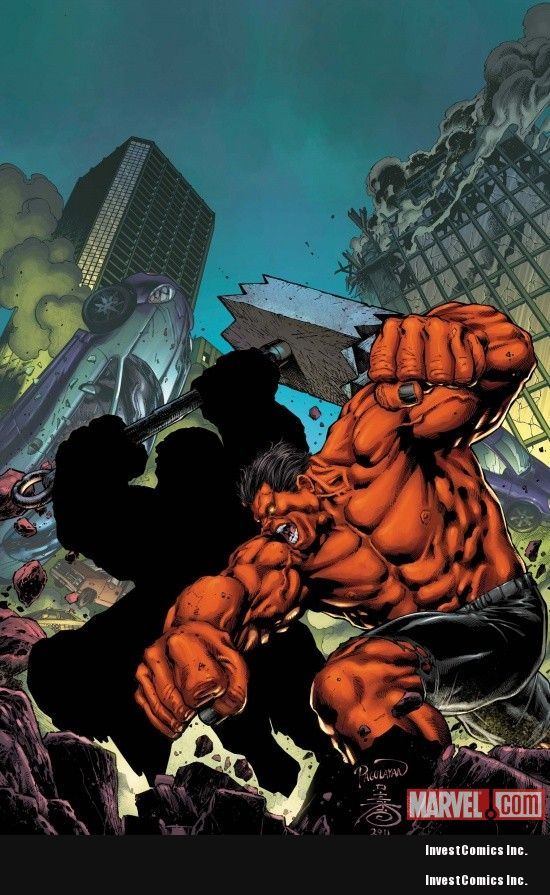