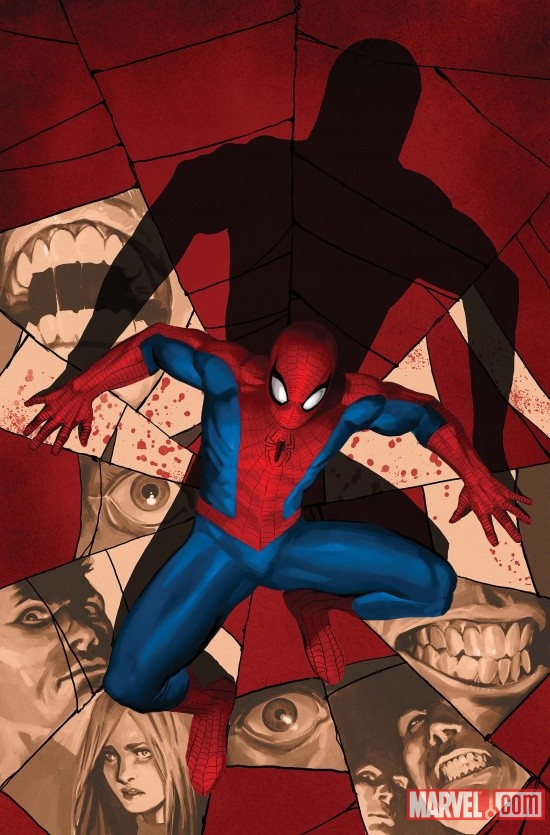 This May, great fear will come with great vulnerability as acclaimed writer Christopher Yost and superstar artist Mike McKone plunge Marvel’s web-slinger directly into the year’s most cataclysmic comics event in Fear Itself: Spider-Man #1 (of 3)! The forces of fear have overrun New York …and Spider-Man is the only hero left standing!

“Everything I’ve seen so far from Fear Itself has given me chills,” said Editor Stephen Wacker. “Yost who really found the way into the story by pinpointing the sheer humanity of Spidey and the fact that Fear Itself would affect Peter Parker more deeply than just about any other hero.”

As the entire city stands on the brink of chaos, will he alone be able to defend its citizens from the legions of fear? And can even Marvel’s most mettlesome of heroes gaze into the face of Fear Itself without giving into mortal terror? Learn the true meaning of arachnophobia this May – only in Fear Itself: Spider-Man #1 (of 3)!