Marvel is proud to present your first look at Ultimate Comics Avengers 3 #1.

Marvel is proud to present your first look at Ultimate Comics Avengers 3 #1, from the superstar creative team of Mark Millar and Steve Dillon! The vampire hunter known as Blade is back and hot on the trail of the undead! Following the bloody destruction left behind by a mysterious enemy, Blade discovers two new individuals, one in the guise of a devil, the other in a suit of iron. Are these mystery men here to help the legendary vampire hunter or are they out to eliminate him? Ultimate Comics Avengers 3 #1 features action so intense and art so violent that even the Internet can’t handle it! 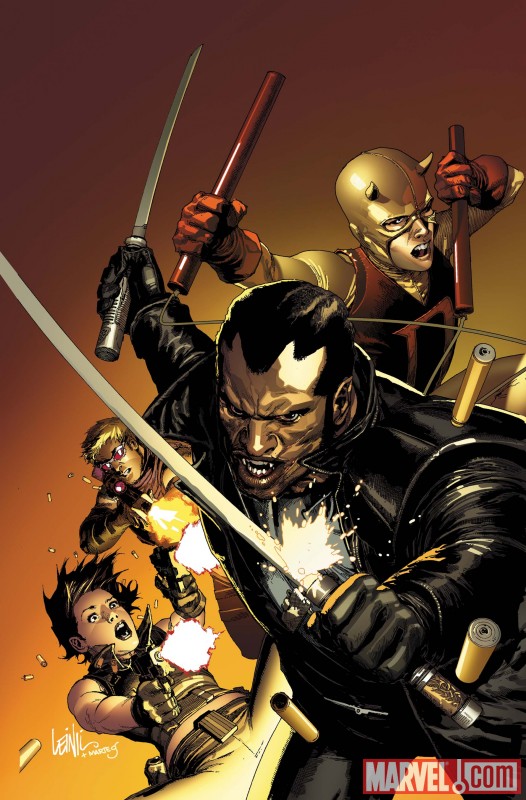 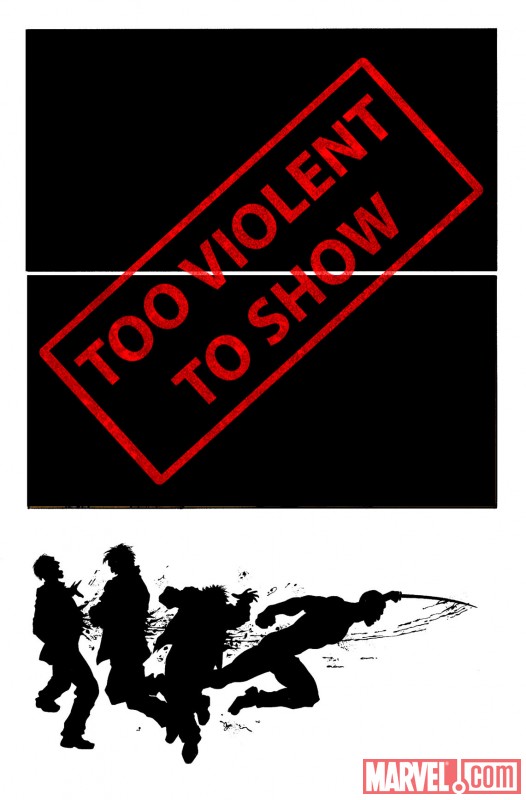 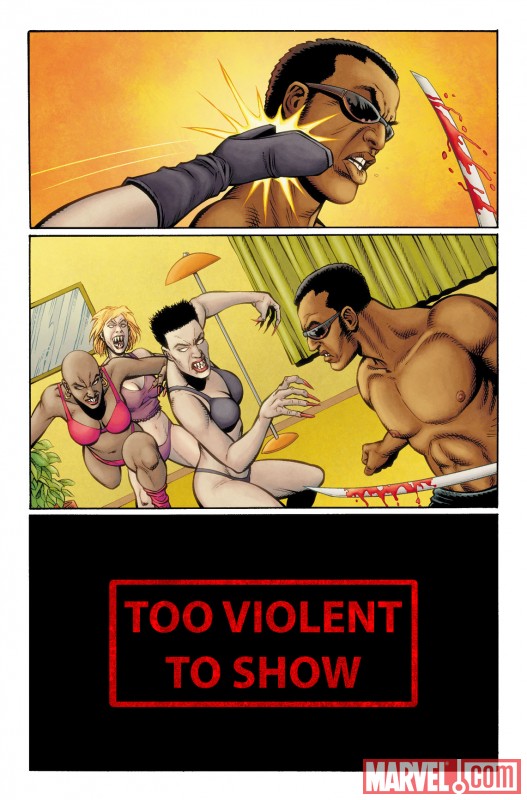 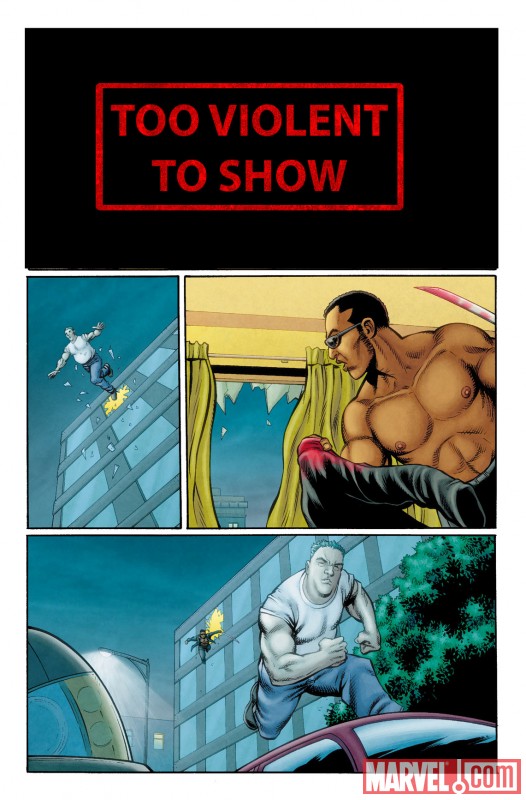 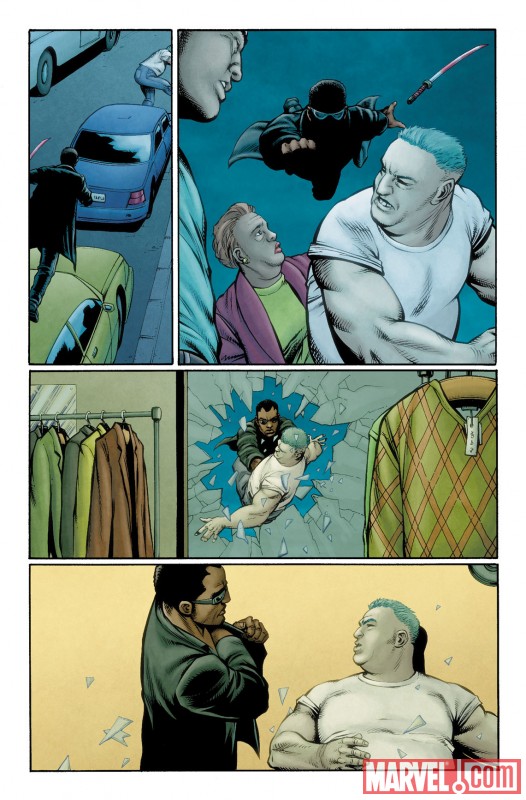 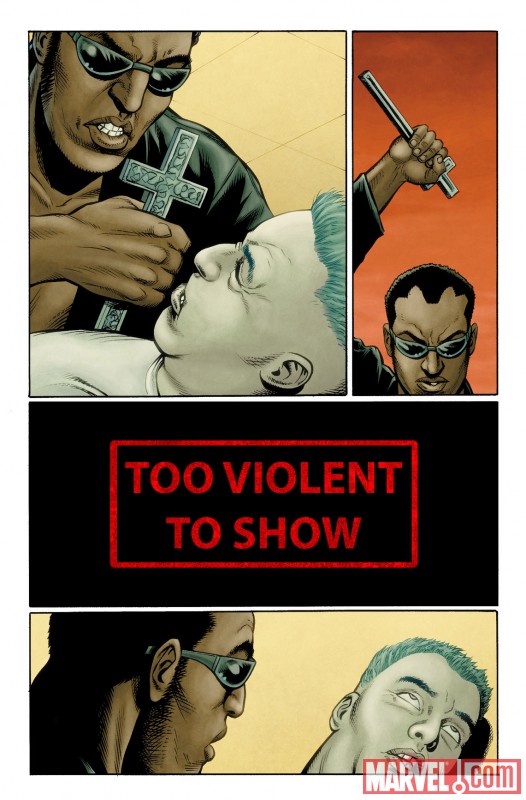