Pull out those day planners True Believers because at New York Comic Con, Marvel wants to give YOU the opportunity to meet the most legendary name in comics’ history, Stan “The Man” Lee! That’s right; the man behind your favorite Marvel heroes will be on hand at the Marvel Booth (#1843) for an exclusive signing!

As soon as the convention floor opens to the public on October 9th, head to the Marvel Booth for a chance (no purchase necessary) to receive a special ticket which will allow you to meet Stan Lee later that day. If you are one of the lucky fans to receive one of the limited tickets, you will have the opportunity to meet Stan and have one item signed during his appearance at the Marvel booth from 2:00 to 2:30 that afternoon.

Make your Comic-Con one to remember! Stop by the Marvel Booth (#1843) for your chance to meet Stan Lee on Saturday October 9th, 2010! EXCELSIOR! 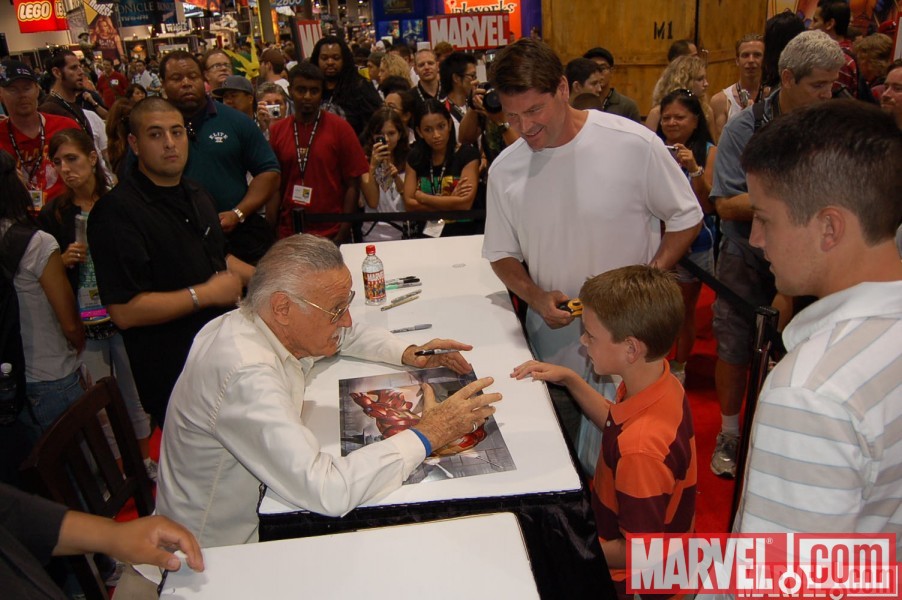