George Carlin’s cynical bite, envelope–pushing humor and love affair for language influenced practically every comedian for the past two generations and his legacy, illustrated in an upcoming Bluewater Productions biography comic on his life, firmly places him as one of the faces on the Mount Rushmore of comedy

“Comics: George Carlin,” scheduled for a May 2011 release, puts the quintessential funny man in the funny pages. From his hard-scrabble early life to his ascension to the leading comic voice during the counter-culture revolution, the comic biography written by Jaymes Reed, provides a narrative that offers an in-depth look to Carlin’s life and legacy.

“He’s only been gone for three years, but his way with words, logic, comedy and especially truth are sorely missed already,” Reed said. “He showed me how to look at the world with whole new eyes at a time when all I had were questions.”

According to Bluewater, the Carlin issue will be marketed under a new biography title, “Comics,” which further diversifies Bluewater’s expanding line of comic-book based biographies.

“By adding this title, it gives us the flexibility to go beyond the ‘person of the moment’ and concentrate on a series of hugely impactful personalities who made us laugh,” said Bluewater president Darren G. Davis. He added that “Comics” will focus on stand-up comedians, television sitcom stars and other influential funny persons from the past 50 years. “And because of the nature of the material, we hope to get creatively humorous as well; but not to the point where we obscure the impact and genius of the subject”

Reed acknowledges that Carlin is an obvious first choice to launch the new brand. “He’s perfect. His social commentary and rule-breaking routines rewrote the book of stand-up. And his life is full of both tragedy and triumph; I hope the book captures that spirit.”

The inaugural issue of “Comics” was penciled by Apriyadi Kusbiantoro and feature cover art by Patricio Carbajal. The standard 32-page issue will retail for $3.99 and be available through most online venues like Amazon.com as well as local comic book stores. To pre-order it on Amazon click here: http://amzn.to/emPNi6  or contact your local comic book store.  To find a store near you go to www.comicshoplocator.com 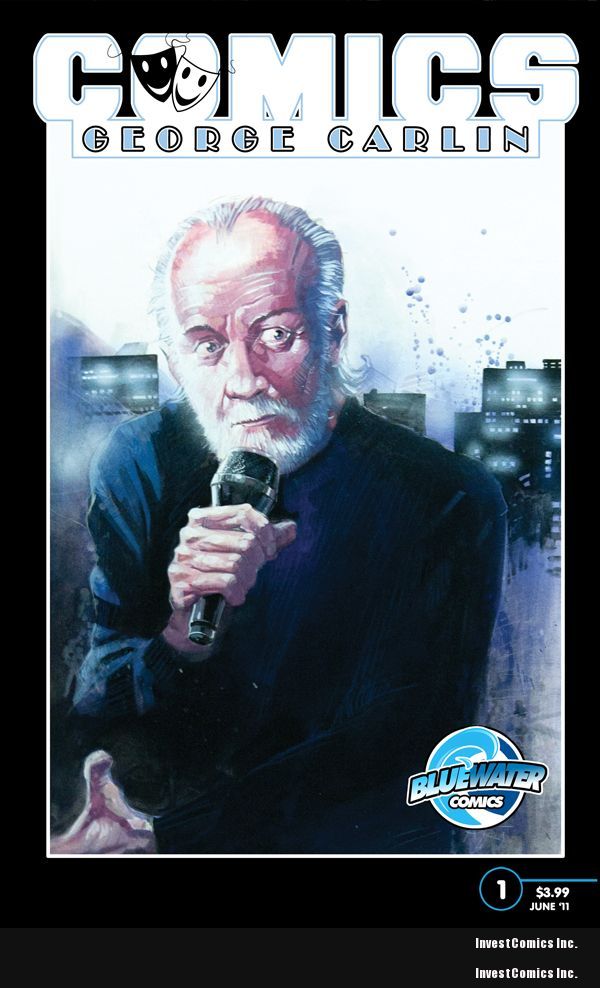