Skip to content
GENIE THE GENIUS first issue in stores today September 11th
A great new small print comic aimed at younger readers.
Top notch art and great entertainment and educational story.
Buy this and share it with younger readers to interest them in comics !
A Genie, Dinosaurs and exciting adventures ! 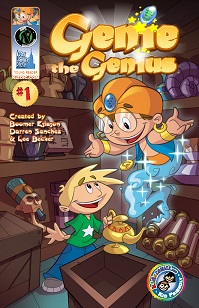 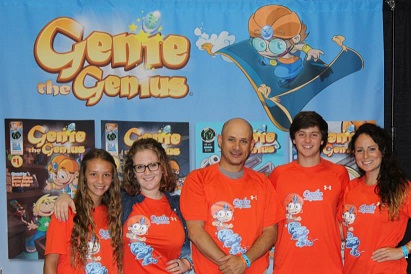 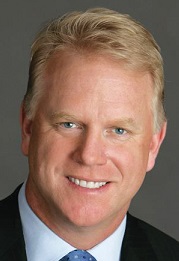 Note there is a regular cover edition and a rarer variant edition signed by sports legend Boomer Esiason
This week Terry Hoknes at www.HoknesComics.com spoke with Darren Sanchez CEO / Publisher of After Hours Press, LLC.
Here Darren explains more details on the comic series.
This first issue is the first appearance of all the characters in the Genie the Genius, world. But you will see more of them after the mini-series is complete. We have some big plans for Genie. Ape Entertainment and After Hours Press will be collecting this mini-series into a trade paperback, available just before Christmas. And we may possibly even announce another comic mini-series early next year. GTG Productions is definitely looking at different ways for Genie the Genius to tell more fun stories and spread his educational message in comics, but possibly also in other formats, which are all still in the planning stages. Genie stories can pretty much take on any kid related subject matter. Boomer Esiason and the team at GTG Productions are looking at a multitude of possible avenues of expansion.
Boomer Esiason is one of the creators of Genie, and he has given us tons of support throughout the process of making these comics. His vision of Genie was as an educational character to help kids understand complex medical information. And we will eventually get there with Genie.
The variant cover edition of the first issue is a 1-5 ratio to the direct marker cover, being sold by Diamond. We thought it would be a good idea if we had those signed by Boomer, as an incentive for retailers to order more of the first issue. The intent was that they arrive at the stores on the same day however the variant cover shipped early last week.  The print run was limited to Diamond orders, plus a small percentage of overs, in anticipation of some re-order activity. If the issue sells out, we would certainly consider a second printing. But like I said, we will be collecting all the issues into a trade, for anyone who missed one or wants the complete set.
Genie the Genius is aimed at young readers. The same audience who would watch Phineus and Ferb, Kimpossible or Ben 10… anywhere from 6-10 I suppose.
But parents and older siblings have also responded positively, so maybe its better to simply call it an All-Ages comic.
Genie is special to me for a lot of reasons. It’s an opportunity to create a whole new world and a brand new children’s property with Boomer Esiason and Lee Becker and Matteo, as well as the team at Ape… Massimo, Fernando and Isaiah. But one of the most special things about it for me is that I am co-writing it with my 14 year old daughter, Emily. It’s been a blast showing her the process of writing a comic. She’s been a quick learner, helping to keep the dialogue witty and she helps me stay on deadline. She even created Andy’s little sister, also named Emily… and her Teddy, who are prominent characters in the book.
So far the response has been great… especially with kids. Some of them have sent in letters and even their own drawings of Genie. One young reader asked if he could be Genie for Halloween. Even the parents have responded positively with one favorably comparing it to, The Magic School Bus. They like the educational aspects of the story, and how Genie is so happy to spout information… even when he’s being chased by a dinosaur. The kids like that it’s just fun, which was the primary focus when I wrote it.
You can find more on Genie on our website, GenietheGenius.net
or our Facebook page or Twitter, @Genie the Genius,
and also at AfterHoursPress.net
If your local comic shop is sold out today contact www.HoknesComics.com or hoknes at hotmail.com to order copies as this will sell out quickly!
Tags: AfterHoursPress, ape comics, boomer eliason, Genie The Genius, GenieTheGenius.net, hoknescomics.com boomer esiason