Chris Winters reviews Pendulum’s Immersion. With a look at one of their music video’s, check it out!

Pendulum is one of those bands you want to discover when they first debut. I’m a WWE fan and I first 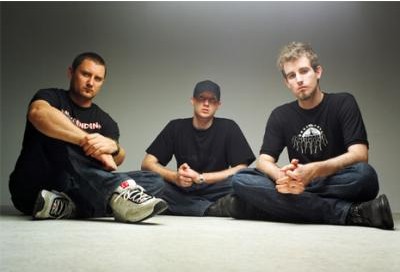 heard “Propane Nightmares” from their sophomore album, In Silico as the official theme for PPV, Cyber Sunday 2008. I was thinking, “Man, this is one energizing song!” I love music as a whole but haven’t gotten into electronica as much as I’d like to. When I ordered Hold Your Colour and In Silico, Daft Punk wasn’t the only group I anticipated for another release like now, Justice. To get what I thought about the first two out of the way, I’ll say Hold Your Colour was an album while In Silico is what I believe is the weakest of the three. Now, I appreciate In Silico because it was Pendulum telling us it was a transition to something amazing which is Immersion.

We’re introduced with a minute long track titled, “Genesis”. I was expecting a narrator like on Hold Your Colour’s prelude but it does it’s job hyping us up for an adventure. After, we’re treated to “Salt in 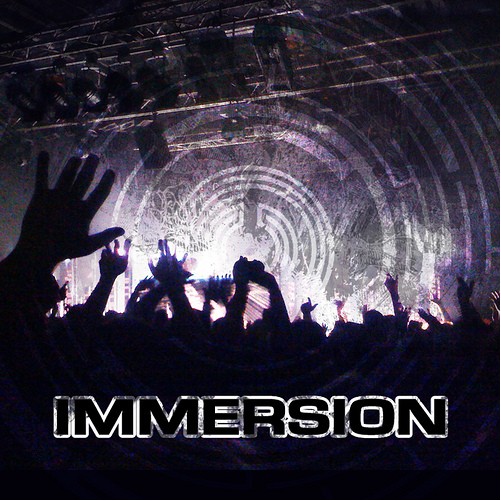 the Wounds”. Is it just me or does this sound like recycled version of “Slam” and “Blood Sugar”? While listening to this, I thought it was a poor choice to include this in the album and that it belonged as a bonus track on Hold Your Color. Thankfully, “Watercolur”, the album’s first single pulled me from the cliff. This song’s awesome and feels 5x more welcoming after “Genesis”. Frontman, Rob Swire vocals are a great addition to the band. Now, let’s say “Salt in the Wounds” didn’t exist on the album but either way, “Set Me on Fire” keeps the energy running undisturbed. If you have a good pair of headphones or sound system, you’ll appreciate the production so much. “Crush”, “Under the Waves” and “Immunize” leads us to a twist of Immersion.

Pendulum surprises us with a concept duo, “The Island, Pt I (Dawn)” and “The Island, Pt II (Dusk)”. These will land you on two planets in less than 10 minutes. Dawn is a relaxed house track while Dusk rises you as electro house. The Dusk version is definitely a song to get clubs jumping, DJs. Next is “Comprachicos”. I love this track so much because it has Nine Inch Nails written all over it-I thought it was Trent Reznor on it! I honor Pendulum’s appreciation for industrial music. This is definitely one to to listen for. “The Vulture” has to be performed live. It HAS to. Kudos to Pendulum’s MC, Ben Mount for his energizing mood in this song and I hope to hear more from him in the future. But do you know what’s the biggest surprise this album has? “Self Vs. Self”. This track is a melodic metal song featuring In Flames who’s known to be one the pioneers of the genre that blew me away. When it played, I thought, “Whoa. What’s this I’m hearing?” This has got to be one of the best metal songs I’ve ever heard and I’d be interested in what metalheads would hate about it. This is another major thing I’d like to hear more from Pendulum because they struck gold for this first time. After this track, Immersion ends with “The Fountain” and “Encoder” perfectly.

I was pleasantly surprised by Immersion. Still, I want to point out the fact “Salt in the Wounds” keeps this album from being perfect but with that said, you’ll still get an eargasm. Get immersed.

The Vulture, Witchcraft and Crush. 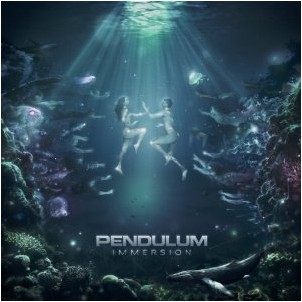