Fans attending MorrisonCon in Las Vegas this weekend were treated to a very special announcement this morning.

After years of speculation, anticipation and expectation, DC Entertainment is proud to confirm that Grant Morrison’s love letter to superhero comics, MULTIVERSITY, will be hitting stores in late 2013. Morrison, the comic book shaman and superstar author of ACTION COMICS and BATMAN, INCORPORATED has created a series that will not only define the Multiverse for DC COMICS-THE NEW 52, but will also provide a handful of new worlds, concepts, heroes and villains for comic fans to enjoy.

MULTIVERSITY is an 8-issue series comprising 6 one-shots and a two-part conclusion with each issue featuring a 38-page lead story followed by an 8-page backup. Each issue takes place on a different parallel world from the main DC Earth and functions as a number one issue. Each world in the Multiverse publishes comic books about the heroes on the OTHER worlds. Once the characters realize this, they then unite to respond to the villains!

Additionally, each universe (which have been brewing in Morrison’s mind for years) will open up an endless series of worlds and realities for future writers and creators to use, expand upon and enjoy.

Below, take a first look at MULTIVERSITY by checking out a piece of art from PAX AMERICANA #1. Illustrated by the legendary Frank Quitely, PAX AMERICANA takes the original Charlton Comics characters and presents them in a way that’s both new and familiar at the same time. 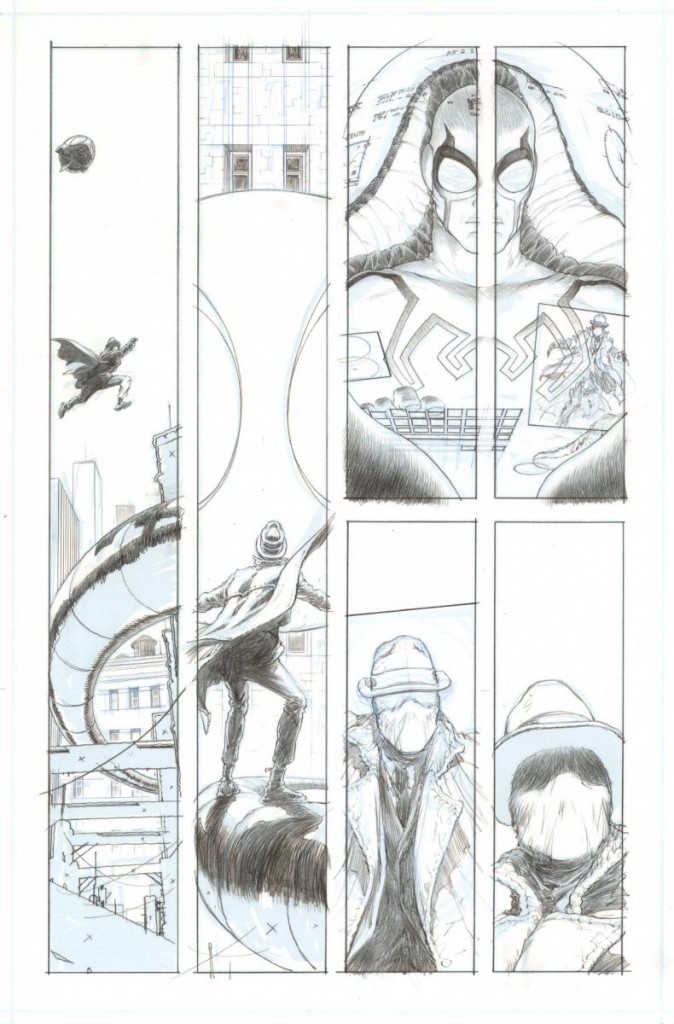