Berkeley, CA – 1 July 2011 – The captivating world and quirky characters detailed by award-winning artist Sonny Liew’s (LIQUID CITY VOL. 1 and 2, My Faith in Frankie, Wonderland, Sense and Sensibility) loose and emotive watercolor-drenched pencil work are set to charm readers in August, with the release of MALINKY ROBOT: COLLECTED STORIES AND OTHER BITS from Image Comics.

Liew says, “The stories of MALINKY ROBOT have always been the ones that I feel most personally connected with, from their rhythms and structure, to the character and architectural designs. It’s very exciting to see them collected together in this book.”

MALINKY ROBOT not only includes short stories like “Stinky Fish Blues” and “Karakuri” from the LIQUID CITY and Flight anthologies, but also a gallery of Liew’s concept and sketch art, along with pinups by incredible artists such as Mike Allred, Roger Langridge and Skottie Young. Writer Gail Simone (Birds of Prey, Secret Six, Deadpool, Wonder Woman) described the collection as “[a] book so full of wonders and treasures it feels like you should need a pirate’s map to find it. A stunningly gorgeous mix of urban fantasy and charming adventure that I plan to read until the spine falls off.”

MALINKY ROBOT: COLLECTED STORIES AND OTHER BITS TP (JUN110503), a 128-page full color collection of short sequential art stories retailing for $16.99, will be available at a comic store near you on August 3, 2011. It is available for pre-orders from Diamond Comics, and from retailers such as Amazon. For more information, please visit www.malinkyrobot.com. 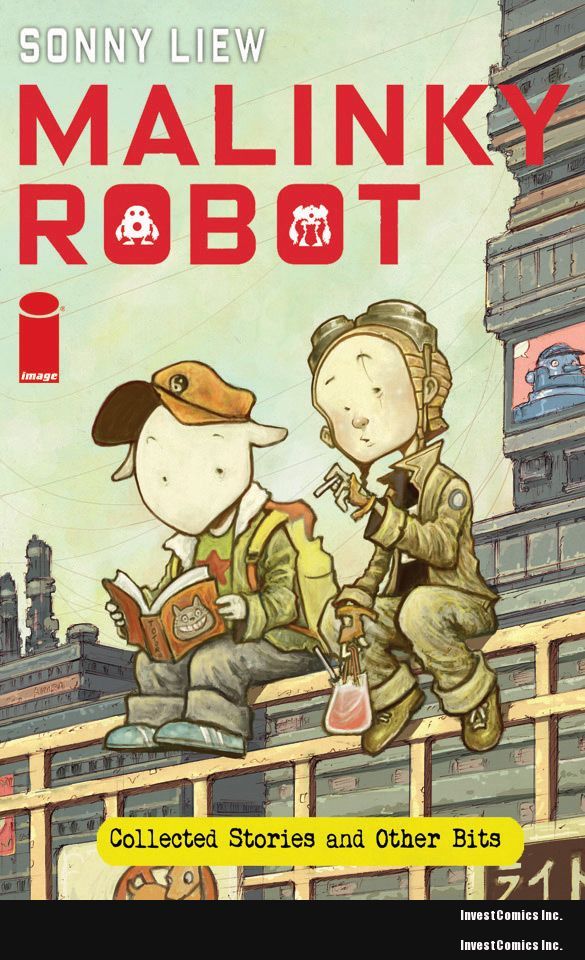