MILWAUKIE, OR, NOVEMBER 10—One of the most popular and critically acclaimed cable
television shows of 2011 was Game of Thrones, created by David Benioff and D. B.
Weiss for HBO. The hit series is based on A Song of Ice and Fire, the best-selling
fantasy novel series by George R. R. Martin.

Dark Horse Deluxe is proud to announce, in partnership with HBO, a vast Game of
Thrones product line debuting in the spring of 2012, leading up to the show’s
second-season premiere in April. Licensed product categories derived from the series
will span a large range, including statues, busts, and action figures; prop and
jewelry replicas; and barware, stationery, and other collectibles. This exciting new
line of products debuts with a range of branded magnets, patches, playing cards,
coaster sets, and more.

“We are delighted to be part of HBO’s licensing roster for Game of Thrones. We are
big fans of the television adaptation,” said Dark Horse’s VP of Product Development,
David Scroggy. “We are working closely with HBO to develop a line of products
inspired by the series that will delight the fan base.”

Look for the first round of items in Diamond’s January Previews catalog; they will
arrive in specialty retailers everywhere in March of 2012.

Based on the best-selling fantasy book series A Song of Ice and Fire, by George R.
R. Martin, Game of Thrones debuted on HBO in March 2011. In a land where summers
span decades and winters can last a lifetime, trouble is brewing. From the scheming
south and the savage eastern lands, to the frozen north and the ancient Wall that
protects the realm from the darkness beyond, two powerful families are engaged in a
deadly cat-and-mouse game for control of the Seven Kingdoms of Westeros. As
betrayal, lust, intrigue, and supernatural forces shake the four corners of the
Kingdoms, their bloody struggle for the Iron Throne will have unforeseen and
far-reaching consequences.

Since 1986, Dark Horse Comics has proven to be a solid example of how integrity and
innovation can help broaden a unique storytelling medium and establish a small,
homegrown company as an industry giant. The company is known for the progressive and
creator-friendly atmosphere it provides for writers and artists.  In addition to
publishing comics from top talent like Frank Miller, Mike Mignola, Neil Gaiman,
Gerard Way, Will Eisner, and best-selling prose author Janet Evanovich, Dark Horse
has developed such successful characters as the Mask, Timecop, and the Occultist.
Additionally, its highly successful line of comics and products based on popular
properties includes Star Wars, Avatar: The Last Airbender, Buffy the Vampire Slayer,
Aliens, Conan the Barbarian, Mass Effect, Serenity, and Domo. Today, Dark Horse
Comics is the largest independent comic-book publisher in the United States and is
recognized as both an innovator in the cause of creator rights and the comics
industry’s leading publisher of licensed material.

HBO Global Licensing officially licenses the HBO® brand for the development and
merchandising of innovative product lines inspired by the network’s award-winning
programming. With products created around classic series like The Sopranos® and Sex
and the City® to current hits like True Blood® and Entourage®, items include fashion
apparel, jewelry, digital and CD soundtracks, games, books as well as exclusive,
premium collections in partnership with upscale, designer brands. Merchandise can be
purchased in retail stores nationwide, at http://store.hbo.com, and at the
groundbreaking HBO retail hub, the HBO Shop®, located at 42nd and 6th Avenue in New
York City. HBO Licensing & Retail products are also sold internationally across
Europe, Asia and Australia. 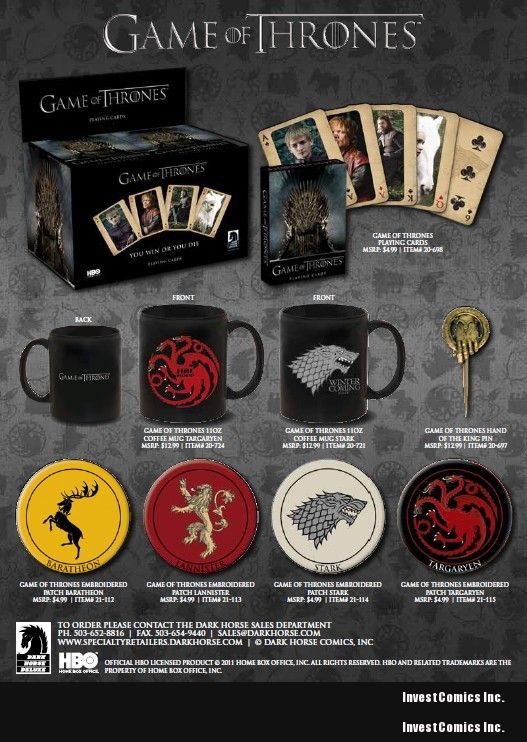 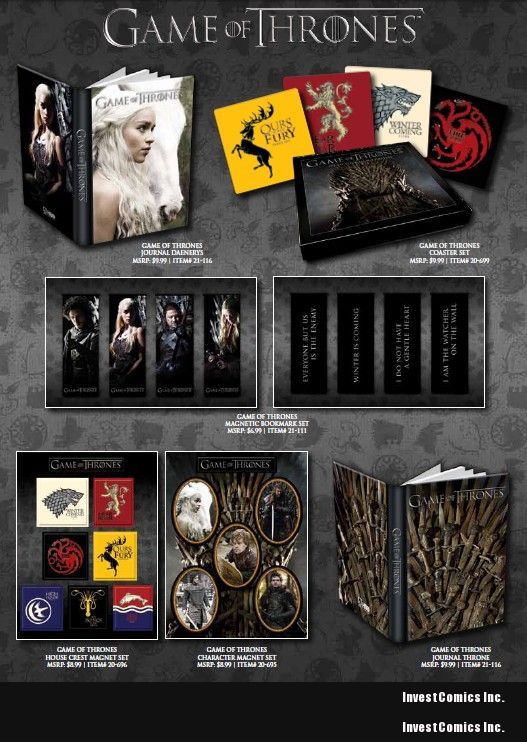