Welcome to a world where being a super hero is just another job. 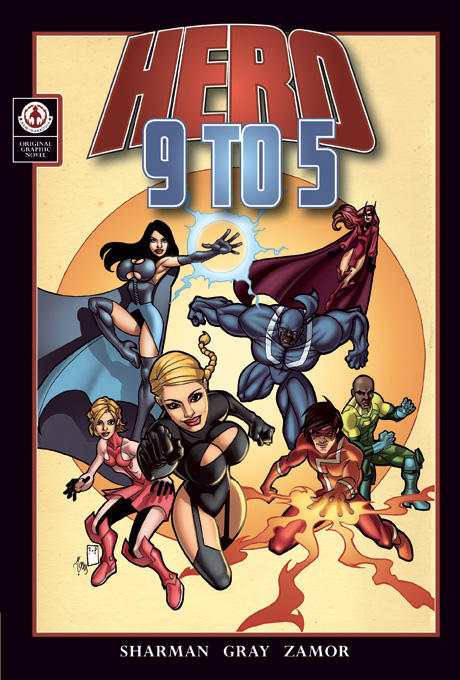 A world where only the rich can afford the comprehensive hero protection policies that ensure that the best heroes will come to their aid in an emergency. The poor, however, have to make-do with protection from government sponsored agencies with limited resources whose staff are.shall we say.a little less heroic.

Jacob Reilly, aka Flame-O, is just one such hero, an everyday guy who just happens to be able to shoot flames from his hands. He didn’t want to be a super hero, he wanted to be a musician, but he wasn’t good enough to make a living at it. So he ended up getting a job at “Heroes For Zeros,” a government sponsored hero agency. So, Jacob clocks on, works nine to five (unless he’s short on cash and does overtime or, worse, a night shift) and fights z-list villains for a pathetic pay cheque.

Despite being a super hero, Jacob has all the problems of regular folk – an irritating boss, bills to pay, professional jealousy, and also certain problems that are unique to his profession.like the fact that his girlfriend is also his alter-ego’s nemesis, Frostica (and she’s insanely jealous of his teenaged sidekick, Pink Girl).

Hero 9 to 5 is a fresh, funny take on the idea of real world super heroes, written by Ian Sharman (Alpha Gods, Eleventh Hour) with art by David Gray and colours by Yel Zamor.

Find it in the August Previews catalogue under publisher AAM/Markosia, where the Diamond order code is – AUG10 0726

A 20-page preview is available for viewing at: http://www.myebook.com/index.php?option=ebook&id=45835

Launched in 2005 AAM Markosia has been a leader in the independent publishing field, with titles such as Starship Troopers, Kong: King of Skull Island, The Boy Who Made Silence, Harker, The Lexian Chronicles and many more. AAM/Markosia will be attending many conventions during 2010, including Angouleme, Birmingham International Comics Show, Comic Geek Speak Supershow, Bristol Comic Expo, MCM. For interviews, signings, press releases and any other information regarding any other AAM/Markosia titles please contact harry@markosia.com Visit the AAM/Markosia website at www.markosia.com