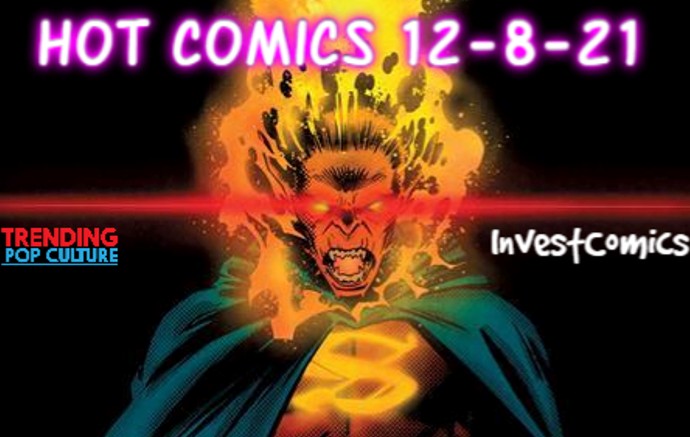 InvestComics/Trending Pop Culture; SINCE 2005.
Here are this week’s top Trending/Spec Comics out this Wednesday 12-8-21.
Please note: All new comic releases can and will change release dates from time to time. Check with your local comic shop on the guarantee of arrival time. If ordering from eBay, check with the seller or post details.
Click on ALL Red-Highlighted LINKS/Comic Covers to BUY/BID from ALL available eBay sellers.

Batman #118 – A new story arc begins; Abyss. With so many new character introductions within the Batman universe in the last couple of years or so,

will comic fans be treated to this new arc with a newer villain or a new one altogether? We shall see. One side note with this new release. Artist Viktor Bogdanovic pays homage with a variant version of Todd McFarlane’s Spider-Man #1 cover from 1990. We put a little GIF together for you to see the 1990 cover and the 2021 cover. Neat huh? Mr. Bogdanovic does the 90 cover justice here. We love it. UPDATE: there WILL be a first appearance in this comic. A new villain named Abyss. The aftermarket is already buzzing about this a bit, so get your hands on one of these the first chance you get.
Marvel Voices Community #1 – Marvel Comics will introduce some new characters here so you may want this one in your collection. There is a standout character (not named) that will be the focal point here.
Dark Knights of Steel #2 – We informed readers here about the debut issue of this new series. The series is essentially introducing a whole new Batman universe to the DCU. These new universes tend to take a life of their own in the aftermarket if something pops. A new hero or new villain everyone seems to gravitate to. If the sudden hysteria begins, it’ll probably be too late for most of you.
Hellions #18 – A major X-Man character from the past returns.
Green Lanterns #9 – A new villain possibly arrives, keep a lookout for him/her/it.

From week to week (since 2005), we talk about various new releases that are supposed to make their way on their arrival date, but things do not tend 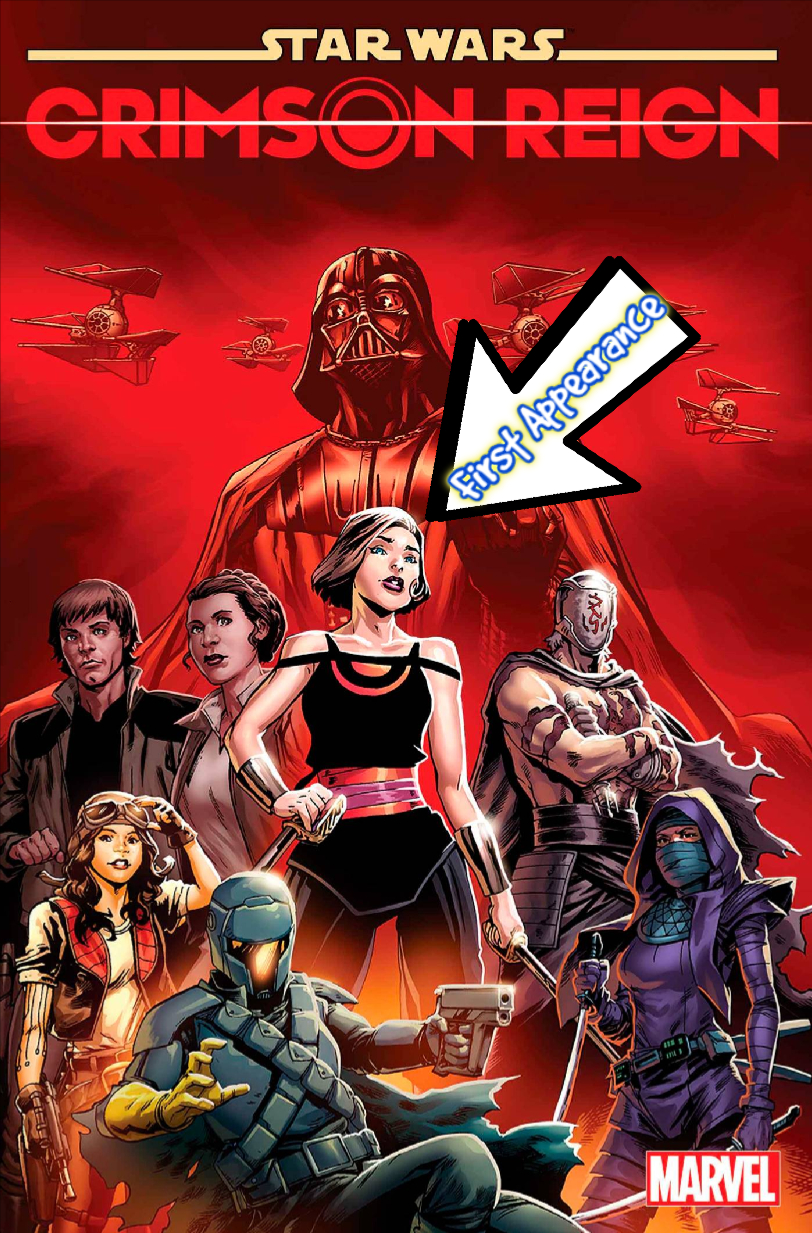 to always work out that way. Comics get delayed, pushed back, and sometimes pushed out altogether. It happens. No big deal. We’re going to sometimes highlight a comic or two that will make its way to your hands THIS week as opposed to the time we highlighted it, last week or previously. The thing is, if you jumped on this week’s highlight LAST week, via an eBay purchase (cannot always rely on the comic shop special pull for you), you’d be ahead of the game and not chasing a hot comic THIS week. See, it actually works out better for ya! Star Wars: Crimson Reign #1, out THIS week, will feature the first appearance of Sear. Best get on that now. Again, would have had it last week when we spoke about it, but hopefully, you’re not scrambling this week if it becomes super hot.
Justice League Incarnate #2 – The new DC story is off to a hot start. Here is issue two.
World Of Krypton #1 – DC has touched on the story of Superman’s home a million times. Each time we get a little something new. This debut issue about Superman’s digs will be no different. Every new writer and artist have their vision and it’s always fun to see where we are going with the new eyes and thought processes. This time we venture off with two fan-favorite comic creators, writer Robert Venditti and artist Michael Avon Oeming.
One-Star Squadron #1 – A new superhero team for hire story, with Red Tornado leading. This mini-series will focus on a team that’ll literally answer a call for a cat stuck in a tree or a battle with Darkseid. DC says it’ll be humorous, heartfelt, and full of hero stuff.
Buckhead #1 – New Boom Studios series. A video game that depicts the town of Buckhead, USA. Men in black give chase to Toba and his friends who made the discovery of the video game. RUN!
Buffy The Last Vampire Slayer #1 – Buffy Slayer is now a 50-year-old vampire killer. This is kind of like a Marvel The End storyline. She’s the last one left, so let’s see what happens in her later years.
Daisy #1 – A new Dark Horse series from writer/artist Colin Lorimer.

Here is the latest LIVE CSSully Twitch video, yesterday: On the way to ECCCCCC..
The CSSully Twitch channel airs various LIVE episodes throughout the week and is must watch. LIVE gaming, giveaways, Art, NFT talk/knowledge, contest, shout-outs, in-show purchases, and so much more. Click on the CSSully link and subscribe now.