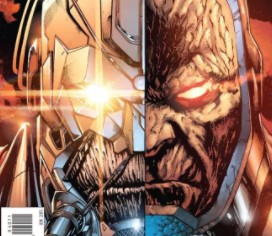 Hot Picks Top 5 based on InvestComics Hot Picks #418 and new comics coming this Wednesday 4/6/16. Click the link to read the article now.

Click on the RED links or comic cover to buy/bid right now.
**Please, if you are a new reader or a regular reader of this article and have not seen or read the disclaimer, we urge you to read it (link provided above).
Every  week before new comic book day, here are the Top 5 NEW comics to speculate/read from this Wednesday. This list is pulled straight from the latest (weekly) InvestComics Hot Picks article.
NOTE: The InvestComics site is BEST viewed on Google Chrome!

Empress #1 – This “Saga” like comic from Mark Millar will be sold out in no time. Watch for this Marvel imprint from Icon to take off. One of the key components to its success will be that it has to be consistent on its release. Millar’s Nemesis, also from Icon, was a semi-success, but lost many fans because of delays. It could have been a bigger book (should have been), but delays will kill things fast. Empress + on time = success.

Star Wars Poe Dameron #1 – Almost every week InvestComics preaches the gospel about Star Wars comics from Marvel. We say to buy them because they are fantastic reads and for the possible first appearance that may explode at any time. This week we have a character from the latest Star Wars movie making their first appearance in a Star Wars comic. What more do you want here? Okay, maybe have your wife/girlfriend or maybe read it with your kid? That would be cool too.

Justice League Darkseid War Special #1 – Darkseid’s daughter, Grail, will be making her indelible mark within the DC universe this Wednesday. DC might be priming her for bigger things to come. Check out the InvestComics Hot Picks #418 for more info on this and about Grail’s first appearance.

Harley Quinn And The Suicide Squad April Fools Special #1 – One of DC’s all time greatest artist will grace us with his presence in this book. Jim Lee will pencil and do the cover art here. What more do you need? Refer back to the new Star Wars comic if you need more answers on that.

Superman #51 – A new story line begins; Super League. Be on the lookout for possible new villains or heroes in this epic Superman crossover event. We’ll probably say “told you so!”

Here are the rest of the comics appearing in this week’s InvestComics Hot Picks #418. Click the link for more details!

Injustice Gods Among Us Year Five #7