Jeph Loeb’s Rulk series is still selling well alongside it’s companion title, Incredible Hulk.  Here’s your second chance to discover what the hype is about!

Hulk #14 Sells Out & Second Printing On The Way

Marvel is pleased to announce that Hulk #14 has sold out at diamond (though copies may still be available at retail level) and will return with Hulk #14 Second Printing Variant! Emmy & Eisner Award winning superstar writer Jeph Loeb and red-hot artist Ian Churchill turn the smash up to 11 as the one remaining Hulk—the mysterious Red Hulk—seeks revenge on the mutant Domino. What stunning secret has she discovered? As the Red Hulk assembles a deadly new team of like minded characters—including Deadpool, Elektra, Punisher and more—to take down Domino, just who will she bring to the fight? Here’s a hint: it’s X-Force! This all sets the stage for World War Hulks, the can’t miss smashtastic event of the century! Don’t miss the series that ComicBookResources.com calls, “classic Marvel fun.” The action packed interior art of Ian Churchill is featured on the wraparound cover to Hulk #14 Second Printing Variant!

Marvel urges retailers to check their orders on Hulk, as it continues to garner buzz and sell out with every new issue! Will Domino reveal the identity of Red Hulk? How will the X-Force fare against the Red Hulk and his A-list squad!? Find out in Hulk #14 Second Printing Variant! 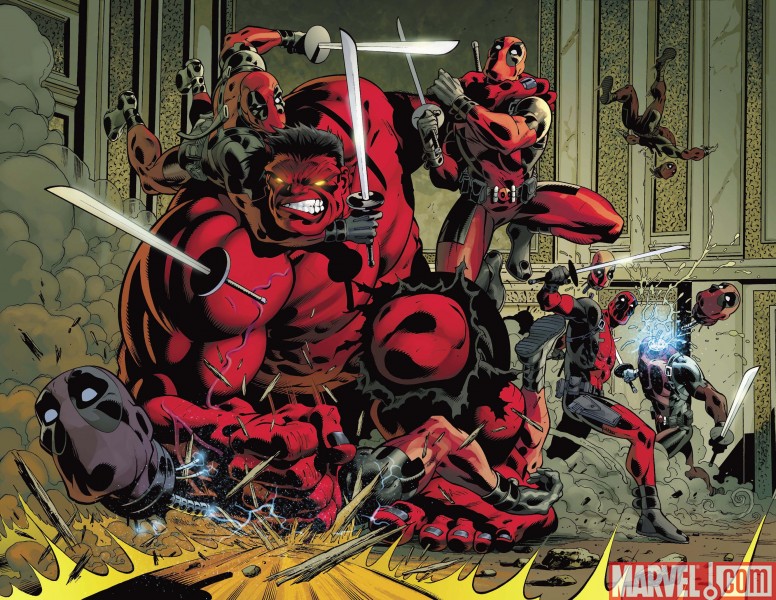