InvestComics™ Forum Presents: A Meeting of The Minds! A NEW feature on the Forum by the Lead Admin Rob McClelland! An Interview with horror writer Ray Garton!!

I was honored to have this opportunity to be able to interview novel writer Ray Garton. Who has written one of my absolute favorite books known as ‘Ravenous’. Here is that very interview! But before I get to that, here is a little information on him.

Ray Garton (born 2 December 1962 in Redding, California) is an American author, well known for his work in horror fiction. He has written over fifty books, and in 2006 was presented with the World Horror Convention Grand Master Award. 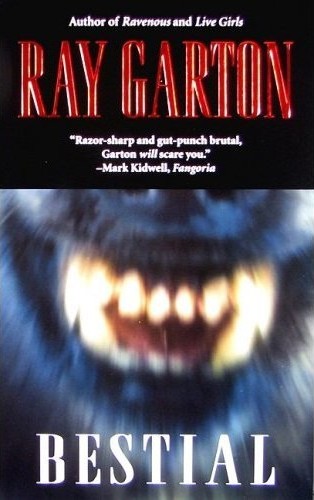 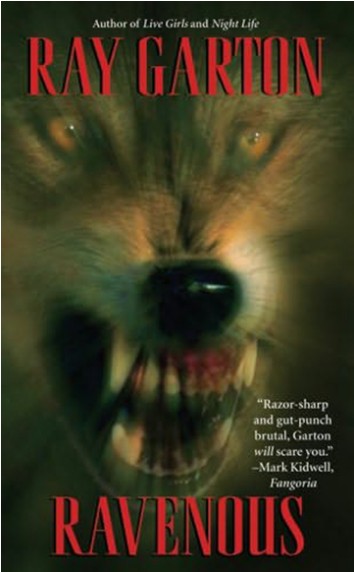 I am defintely going to have to get ahold of the Bestial book sometime soon! And now, here is the interview!

1. Is Ray Garton your true name? Or just a pen name to hide your real identity from the IRS?
Ray Garton is my real name, but I’ve used a couple of pseudonyms in the past. Back in the 1990s, I wrote several young adult novels and TV tie-ins under the name Joseph Locke, and I recently wrote a couple of crime novels under the name Arthur Darknell.


2. Cheese Nachos or Bean Dip?
I love bean dip, but for the sake of my loved ones, I’ll take the nachos. 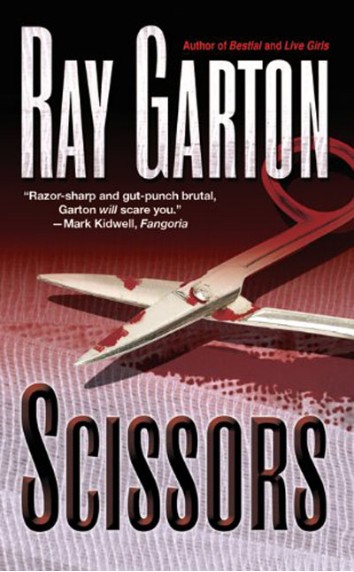 3. Has writing always been something you’ve enjoyed?
Always. I drew stories before I could write. It’s something I’ve always done. I can’t remember any time in my life when I haven’t been writing something.


4. How did you come up with the concept for Ravenous? As your way of Werewolf victims getting turned into one was rather unique in my view.
I wanted to update the werewolf in much the same way I did the vampire in my book Live Girls, which was a pretty erotic novel. Erotica and vampires have become a common combination in the years since Live Girls was originally published in 1987, but I couldn’t remember reading anything in which werewolves were associated with sex. In the past, the werewolf “curse” — the condition of lycanthropy — has always been spread through bites. I thought it would be interesting if it became a sexually transmitted condition. A werewolf is a human being who turns into a very animalistic beast, and it made sense to me for the only two things to be on that beasts mind to be eating and sex.

5. You have a follow up to Ravenous called Bestial correct? I have yet to read it but does it follow Ravenous?
Yes, Bestial pretty much picks up where Ravenous left off. In that book, the werewolves begin to give birth to little werewolves for the first time. It involves three characters — private investigators Karen Moffett and Gavin Keoph, and the bestselling blockbuster horror novelist who hires them, Martin Burgess — who originally appeared in Night Life, the sequel to Live Girls. 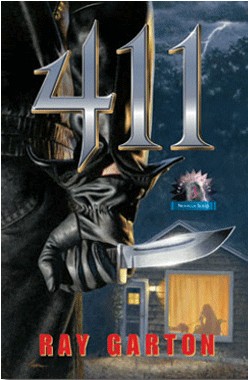 6. I am spelling the second title right correct?
Yes, you are, and I appreciate that. A lot of people put an “a” after the “e”, which is incorrect.


7. Do you have any advice for would be novel writers?
Two things. First, don’t do it for money because you will be deeply, deeply disappointed. Second, there really aren’t any rules. There is no right or wrong way to write a story or a novel. Everybody does it differently. Some work with an outline, some don’t. Some write everything in its proper order, some start with the end, or the middle, or whatever. The way to do it is whatever way works for you, and once you find that, don’t listen to anyone else. Don’t let anyone tell you that you’re doing it wrong.


8. As I understand it, you are coming out with a third title. As I have yet to read Bestial, does this follow Ravenous and Bestial as well?
When I write it, yes it will. I haven’t started it yet, it’s still kicking around in my head. Now that all four of these novels — Live Girls, Night Life, Ravenous and Bestial — are loosely linked together, the next book will bring in characters from all the books and will pit the vampires of Live Girls and Night Life against the werewolves of Ravenous and Bestial. 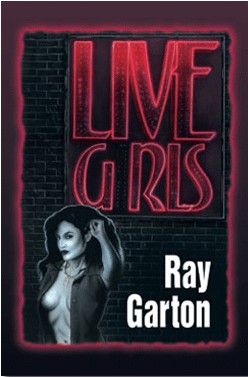 9. Do you follow comics or know of anyone that does?
I haven’t in years, but I used to. I’ve been a big Batman fan my whole life, although I’ve only followed the comic books sporadically, along with Spider-Man, the X-Men, and a few others. When I was kid growing up in the tight-knit subculture of the Seventh-day Adventist cult, comic books — like going to movie theaters — were forbidden. Of course, forbidden fruit is always more appealing. I still have a big stack of old comic books from my childhood, some really strange titles — Dark Shadows, Lost in Space, Turok Son of Stone, a couple of Jerry Lewis and Abbott and Costello comic books. Odd stuff. They helped keep me sane.


10. If you could be either a Werewolf, Vampire, or a Dragon. Which would it be? And why?
A vampire, because they get all the hottest chicks.


11. And finally, is there anything or anyone you would like to give a shout out too or even promote?
I’d like to promote my blog at http://www.preposteroustwaddlecock.blogspot.com and invite everyone to join me on Facebook, Twitter and MySpace, where I can be found under my name, Ray Garton.