Image has sent InvestComics word that The sold out Spawn # 185 is going to be available for FREE on line!! Click ahead to find out the details on the free issue as well as the cover to the 2nd print of #185.

PRESS RELEASE – IMAGE COMICS AND MYSPACE FREE MCFARLANE’S SPAWN RELAUNCH!Image Comics and MySpace release Todd McFarlane and Whilce Portacio’s Spawn #185 for free online as #186 sells out! 24 November 2008 (Berkeley, CA) – Image Comics and MySpace have teamed up to release Todd McFarlane and Whilce Portacio’s SPAWN relaunch as the second issue sells out at a distribution-level! “Todd McFarlane Productions is excited to be partnering with Myspace Comics to bring the fans Spawn #185,” McFarlane said. “Myspace Comics is the wave of the new generation. Many fans have turned to this form of modern communication. I hope you enjoy looking at a medium that is challenging how things have been traditionally done.” SPAWN #185 shocked comics fandom with its series-altering death of Al Simmons, lead of the series since its debut in 1992, and the mysterious awakening of the long comatose Patient 47. While the link between Simmons’ death and Patient 47 is still unknown this past week’s #186 gave the first hints and resulted in yet another immediate sell-out. While limited copies may be available through your local comic book store a new printing will soon be available. SPAWN #185, a full-color 22-page comic, is available to read on http://www.myspace.com/comicbooks. Copies of SPAWN #185 2ND PTG (SEP088230), a full-color 32-page comic book for $2.95, are still available. Image Comics is a comics and graphic novels publisher formed in 1992 by a collective of best-selling artists. Since that time, Image has gone on to become one of the largest comics publishers in the United States. There are currently five partners in Image Comics (Robert Kirkman, Erik Larsen, Todd McFarlane, Marc Silvestri, and Jim Valentino), and Image is currently divided into four major houses (Todd McFarlane Productions, Top Cow Productions, Shadowline, and Image Central). Image comics and graphic novels cover nearly every genre, sub-genre, and style imaginable, offering science fiction, romance, horror, crime fiction, historical fiction, humor, and more by the finest artists and writers working in the medium today. Visit www.imagecomics.com. 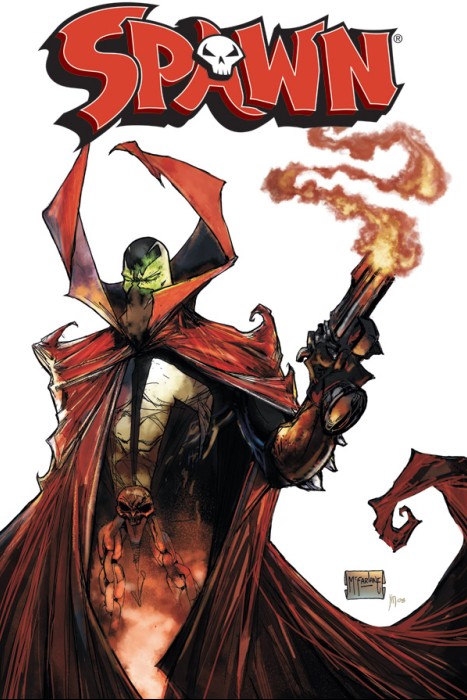