Are you looking forward to Olympus?

Because Image is making sure you know it exists.

5 May 2009 (Berkeley, CA) – OLYMPUS, the upcoming action series of mythological proportions from Image Comics, is looking to reach out to the many comic book retailers supporting the title with an incentive to boost customer awareness!

"Christian and I have worked hard to interact with as many retailers as we can, and the response has been magnificent and overwhelming," Edmonson said. "Unlike other entertainment mediums, comics does not thrive on the airwaves, but in the comic shops.  It is a small-business driven industry, and that allows us the unique and rewarding opportunity to reach out to shop owners around the country."

Effective immediately, retailers from around the world are invited to send in photos of their employees  holding up an ad, poster, catalogue or just about anything relating to OLYMPUS.  In return, all participating retailers will have their pictures, anddresses and phone numbers printed in an upcoming issue! Photos can be sent to olympuscomic@gmail.com. Entries will also be posted at http://olympuscomic.blogspot.com.Edmonson will also be doing a number of in-store appearances to support both the book and the program, starting off with Criminal Records in Atlanta, GA on the first issue’s day of release, May 20th from 4-7 PM.

OLYMPUS follows Hellenic myth of Pollux and Castor, two brothers who have been granted immortality by Zeus so that they can protect and serve mankind. Yet, after 3000 years, the gods have grown distant and disinterested, but the brothers are still bound to continue in their duty, no matter the consequences. 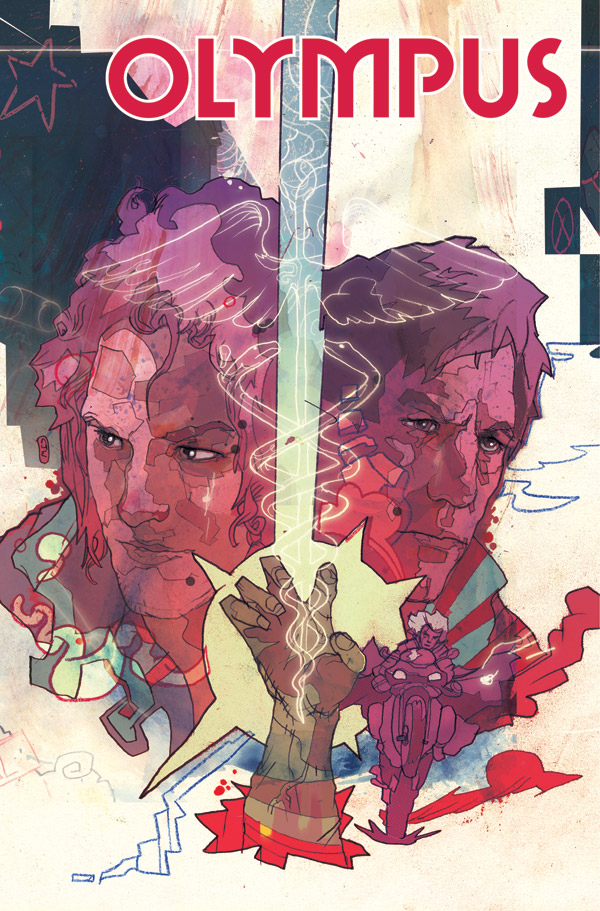