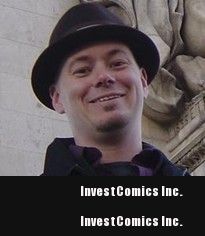 Graphic novelist Matthew MacLean (Cthulhu Tales, Murder at Pine Lake) has just released the first in a four part series about the “Dead West” in Forgotten, a new spaghetti Western from Hades published by Studio 407. Saddling up to do the art is Italiano Indie artist Stefano Cardoselli whose credits include Heavy Metal, 2000 AD and the upcoming one shot “Good Boy” to appear in the Vincent Prices Presents series by Bluewater Productions.

Meet Dakota Smith, a former soldier who wakes up dead from three bullets in his chest in Forgotten, a ghost town in a corner of Hell. Dakota makes a deal with the Devil to be the town’s Sheriff and get all the “rewards” that go with wearing the badge. Unfortunately the job ain’t so easy. Being the Devil’s minion never pays off – it always about “payback.”  This four-part series, which has received stellar reviews follows, the travels and travesties that Sheriff Dakota Smith must encounter and overcome as he tries to conquer the Dead West and his new hellish boss.

1. Matthew, welcome! First tell us a little bit about yourself and some of the other published works in your portfolio.

(MM:)  I’m an amateur who’s managed to convince people at a number of places, including BOOM!  and Bluewater Productions, that I have some talent. I’ve even convinced them to pay me from time to time. 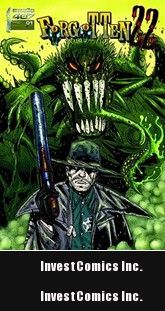 (MM:) Forgotten 22 was written in the heat of the summer in an old mansion that was so dilapidated that it had been carved up into various apartments that I shared it with a crack house and an abusive, alcoholic couple.The walls were thin enough that what my neighbors did was no secret.So I needed something else to focus on.
Sitting over my computer, sweating in the Tennessee swelter, it seemed only natural that my mind turned to Hell. I was raised Catholic, but had always had my doubts. Overall, the Christian faith seemed like an inherently unfair, even rigged, system. At the heart of the dogma’s contradictions was one of its big stars, Lucifer. Lucifer, or Satan, or He of the Many Names (I went with Red), was portrayed as the source of all evil, the bane of mankind, the scourge of our Lord and Savior. But if God is all knowing and infallible, he knew that Red was going to go bad the moment he laid hand to create him. It doesn’t take a big leap of logic, then, to connect God as the source of all evil. He is, after all, the source of everything. So Red is just God’s whipping boy, a figure he created for humans to demonize while God horded all the love and glory.

Whether I believe any of that or not, I’m not going to bother with, but it’s that little thought exercise that led to Forgotten 22.

3. How did you pitch the idea to Studio 407? Did you have a treatment or did you have to show completed pages?

(MM:)  I did it over a lunch with the editor at New York Comiccon. Having a good treatment and completed pages are a must, but the simple truth is that you need to get out to conventions and meet these people, show them you aren’t a loon or a lazy-ass and that you’re real and they should look at your stuff. 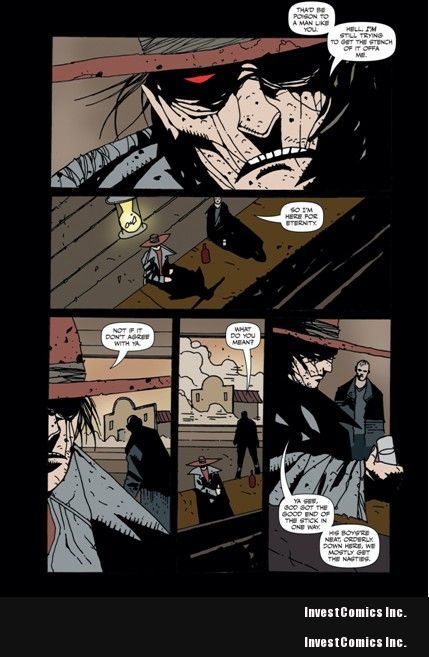 4. Tell us about some of the reviews you’ve received, and how the book did in its release in the March Diamond Preview catalog (Order # MAR111247).

(MM:) I honestly try not to read the reviews. While the positive ones can make you feel great, the bad ones can tear out your soul. I can’t survive them, so I try to pretend they don’t exist.

5. Where else is issue one available – either online or in stores?

(MM:) It’ll be available in both. You can check out a preview at the Studio 407 site here.

6. What is the timetable for releasing issues 2 thru 4? And I presume a full-fledged graphic novel is in the works?

(MM:) All four issues are finished so there’s nothing stopping them from coming out back-to-back. But there will definitely be a graphic novel.

7. Your publisher, Studio 407, is pretty aggressive, or should I say successful – about getting properties in their library pitched for film. Are there plans to make this into a film as well?

(MM) I have no idea. If I wanted to be in films, I’d write screenplays. I want to make comic books.

8. Who did the letters for the book?

(MM:) Jaymes Reed did all of the lettering and logo design. The rest is Stefano. He’s the man.

9. Are you planning to be at any upcoming cons or other event to sign copies, meet and greet the fans, and pimp the book? 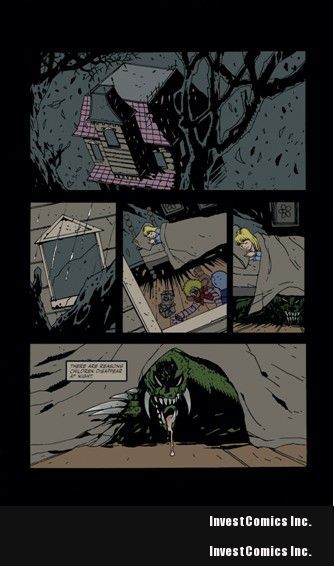 (MM:) Studio 407 usually has a presence at every major con. If they’ve got a booth there, that’s where you’ll find me.

10. What advice do you have for indie creators who’d like to follow you path – i.e., get a book made and into Diamond Previews?

(MM:) Finish the book. Is it a one shot? How about a 10 volume epic? Finish the book. And get advice to make it better along the way. Publishers love, love, love, finished works. Pitches and treatments are great, but if it’s your first time out nothing shows a publisher you’re serious like having the entire f#$king book ready to go.

11. Bonus question: What else are you working on, and please share any websites or social networking sites where we can follow the latest news with Forgotten.

(MM:) You can always find what I’m working on at http://madbastard.hypersites.com

Thanks Matthew. Keep up the Good Fight and best of luck with Forgotten.