Makeup and special effects savant Rob Fitz has a long and impressive resume on IMDB with credits on such films as The Perfect Storm, The 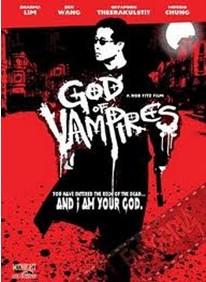 Rob took the director’s helm for the critically acclaimed Chinese vampire horror/action film God of Vampires which he made for $23,000 (and which he also wrote). HorrorNews.net raved  “God of Vampires is exactly the kick in the ass the vampire genre does need” and Dread Central gushed “A fun, bloody action/horror hybrid that actually presented us with a different kind of bloodsucker for once (always a good thing) and knew exactly what it was doing.” The film fared well on the film festival circuit, received a limited theatrical run, gained distribution, and is quickly becoming a cult classic.

Rob’s latest indie gig is directing a micro-budget feature in Massachusetts called Blessid which films in the Fall. Recently, Rob sat down to talk to us about what it’s like working on big budget films in and around Boston; prepping for his next project about suicide, immortality and forgiveness; and splattering blood on zombie calendar pinup girls.

1) How did you get into the film business? What is your training and background?

(ROB:)  I went to film school at the School of Visual Arts in NYC and when I left school I became a production assistant. I quickly got an opportunity to do makeup on an independent film and became a makeup artist. Most of my training has been hands on.

2) You’ve got an impressive resume on IMDB. What film was the most fun and which was the most difficult to work?

(ROB:)  I would say that working on “Inkubus” with Robert Englund was a great time as I got to work with a horror icon and engineer some amazing fx sequences. The hardest film other than my own film “God of Vampires” was probably “The Surrogates” with Bruce Willis. I had to do some prosthetics very quickly and it was very challenging.

3) What films have you worked on recently?

(ROB:) Last year I worked on “Ted” and more recently worked on a big film with Jeff Bridges and Ryan Reynolds called “RIPD”. 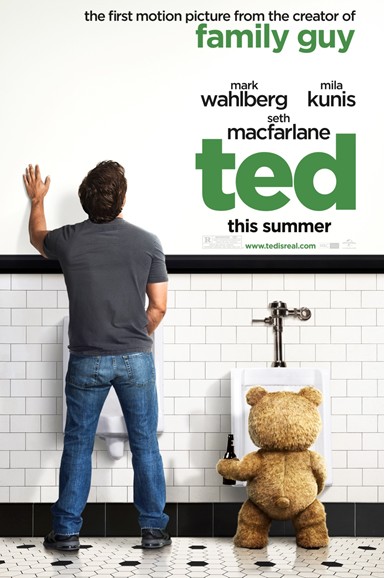 4) Tell us about BLESSID.

(ROB:) Blessid is a film that embodies what an indie project should be. It’s a very personal, intimate, and dark portrait of a person tormented by her past. The interesting part about it is the supernatural elements in the story that are metaphors for aspects of her life and state of mind. Ultimately the film is about forgiving yourself which I find interesting. It’s a powerful message that I think should be told. 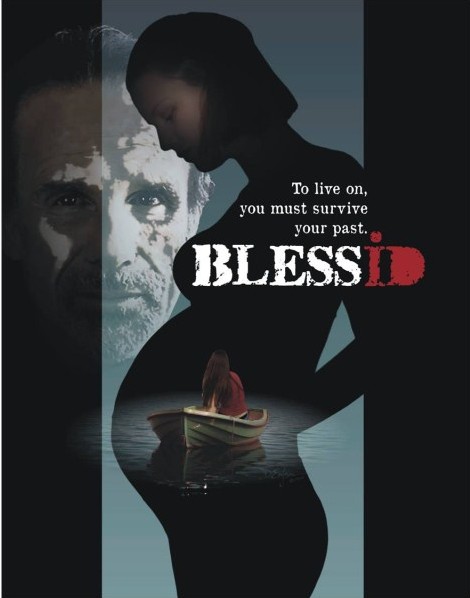 5) Tell us about the team you are bringing on board.

(ROB:)  Because I have a lot of experience on films I have the ability to draw from a great resource of professional friends and colleagues. Silas Tyler shot my first film and he and I have a bond that can only be established working on a movie set under harsh conditions. Kurt Bergeron, the production designer, did my first film too and we have the same bond. The makeup and wardrobe people are both professionals whom I’ve worked with for years. Bob Heske, the Writer/Producer of Blessid has also brought in Paul Speziale as Assistant Director and Line Producer and Iris Tsing as the Producer of Distribution and Marketing (Iris manages the unofficial Fan Page and website for actor Brandon Routh). The crew will be a tight, passionate group!

6) Who are some of the actors who will be involved?

(ROB:)  We have 4 actors who have signed Letters of Interest and they bring some serious acting chops to the set. I’ve seen David Fine in some movies (The Pursuit of Happyness, Rent, Patch Adams) and he’s a proven veteran that’s acted with A-List actors like Keanu Reeves, Will Smith, Charlize Theron, Carrie-Ann Moss, and Ed Harris. Rachel Kerbs I just saw in the film “Splinter” and thought she was awesome, a real talented actress that is perfect for the lead in Blessid. We’ve also got two other experienced actors in Gene Silvers and Chris DiVecchio who have impressive resumes for film and TV. 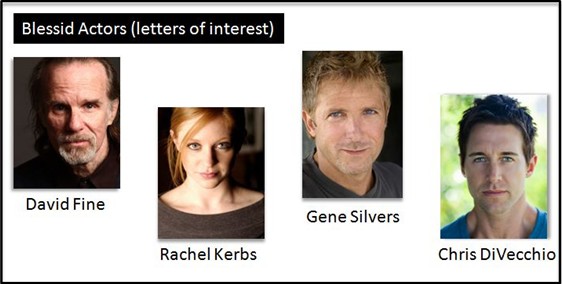 7) What other films would you compare BLESSID to?

(ROB:)  I can’t think of a film it directly compares to because it is unique and when I visualize it, that vision is unique as well. I can say that the despair in the film that is prevalent with the main character reminds me of the film “The Virgin Suicides”.

8) If you could do makeup any film, what would it be?

(ROB:)  Actually I would love to work on “The Walking Dead” series… right up my alley.

9) If you could direct the re-make of any film, what would it be?

(ROB:)  I’m for the most part against remakes unless the film was bad to begin with and you can do something good with it. That being said, if I had to do one it would be a remake of Lucio Fulci’s flawed but brilliant classic “Zombie”. It’s iconic and there a lot you could do with it! 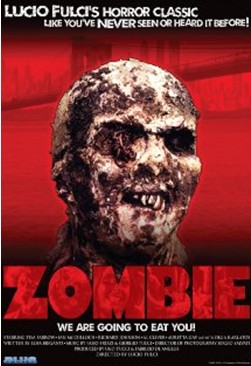 10) As a horror effects guy, what is the Halloween season like for you?

(ROB:)  It’s crazy, everyone knows I do fx now and wants me to do their makeup… I have a lot of fun though! I love it!

11) What is the coolest gig you’ve worked on in the past year?

(ROB:)  Probably a film with Eric Roberts and Michael Berryman called “Self Storage”. I cut a person’s knee cap out and Roberts fist bumped me after the successful effect. Those veteran actors were impressed!

12) What other projects are you currently involved in that you’d like our readers to know about?

(ROB:)  I have been working on a fun little side project creating a calendar for 2013. It’s the 2013 Zombie Pinup Calendar! Check out our link on Kickstarter. 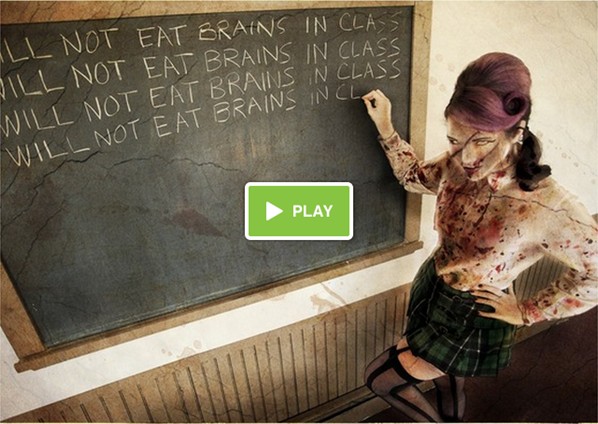 Thanks Rob! Hope you survive it through Halloween chaos, Zombie Pinup Calendar and directing Blessid!