Actress Dania Ramirez recently starred as “Cinderella” on ABC’s Once Upon A Time. Dania is not only an accomplished actress, but she is also a producer. She co-produced/starred in “LYCAN” as Isabella Cruz and produced/co-starred in “Off The Menu.” No stranger to the comic book genre, Ramirez appeared in X-Men: The Last Stand and was a voice actor for “Scandal Savage” in the animated movie Suicide Squad: Hell To Pay.

We invited Dania Ramirez to Trending Pop Culture to answer a few questions…..

Trending Pop Culture: Let’s start at the beginning for a little bit. Moving to New York from the Dominican Republic at the age of 10. Did you already have aspirations at this age to act?
Dania Ramirez: I grew up in very humble backgrounds and never though this would be a career, I could have. It came to me. One day I was at work at a store in west New York checking people’s bags and dancing, when someone came in and asked me to model. The agency was small, but it was a great start. As I moved more towards acting, someone suggested I’d take an acting class. In that class, the teacher suggested I try out for a commercial and try acting as a ‘living’. Director, Spike Lee gave me my start when he cast me as an extra on one of the “Subway Stories” on HBO. I received my SAG card from that job. The rest is history.

TPC: You went on to graduate from Montclair State University in New Jersey. Was your major Drama or something completely different?
DR: My major was communications. I started college at the age of 16 and felt that because I was already taking acting classes in New York City, I should take the opportunity to get an education that would be valuable for me no matter what I decided to do in the future. Communications has helped me so much in the business aspect of the industry.

TPC: One of your first gigs in 1998 was with rap icon Jay Z in the video “Streets Is Watching”. You played ‘his girl’. At the time, Jay Z was laying down the foundation of a ridiculously successful career, did you know you were in the presence of greatness at the time? And how did you land this gig?
DR: You mean HE was in the presence of greatness, right? LOL. I think I was like 17 years old when I did that. I am always happy for people and their journey. The experience definitely prepared me for the hardships I would face in this industry as a female.

TPC: There are slews of Buffy The Vampire Slayer fans abound and probably reading this right now. You appeared in three episodes in 2003. Were you a fan of the Buffy show when you read the script? If they ever brought the series back, would you consider going back?
DR: OMG, Yes!!!! I was a huge fan and so long as Sarah Michelle and Alyson Hannigan come back, I’m in. I didn’t get to work with them too much on my run and I love them!!! And I would love to kick some vampire bootie! 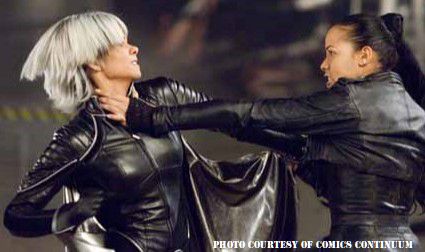 TPC: Sticking with the pop culture genre a bit, you co-starred in X-Men: The Last Stand film in 2006, Heroes (2007-2008) television show as Maya Herrera, voice acted in the current Justice League Action as Red Velvet (2018) and Suicide Squad: Hell To Pay as Scandal Savage (2018). Is it safe to say you’re a comic book fan now? Or always have been? Or is this a big coincidence you’ve been cast in so many comic book type mediums?
DR: I believe that instinctually, comic books were in my blood. I did not grow up watching too much TV in the Dominican Republic. I also believe comic books are very universal. I grew up dreaming of wanting to be Wonder Woman. So, to get to act out these roles, I grew up pretending to be these heroes running around the park or around the woods, has been a dream come true.

TPC: If you had a choice to immerse yourself in one superhero or villain character on screen, who would it be and why that character?
DR: There are so many cools ones right now. I’d like to actually create a new one set in ancient history with an alien origin and throw her into the Marvel universe! 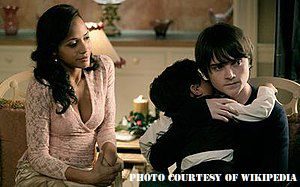 TPC: One of the best runs on HBO was Sopranos. You were Bianca “BLANCA” Selgado in five episodes (2006-2007). What happened to Bianca?  Did she get wacked? On a more serious note, did you get to know the late James Gandolfini?
DR: Blanca needed a more grown up guy. I don’t think A.J. was ready to hold her and her son down, LOL. And she didn’t get whacked. Actually, one of the few female characters in the entire run of the show to come in and not get whacked. She just left and went her way. I heard David Chase really did things that felt natural on the show and it was natural for her to leave and just go on with her life after leaving him. There was no reason she would need to die just for breaking his heart, right? On a more serious note, I did get to spend some with the late James Gandolfini, on set and at events and have the best memories of him. I felt he had a real need to just be. I really liked that about him. He was such a talent. I am blessed to have shared moments with him. 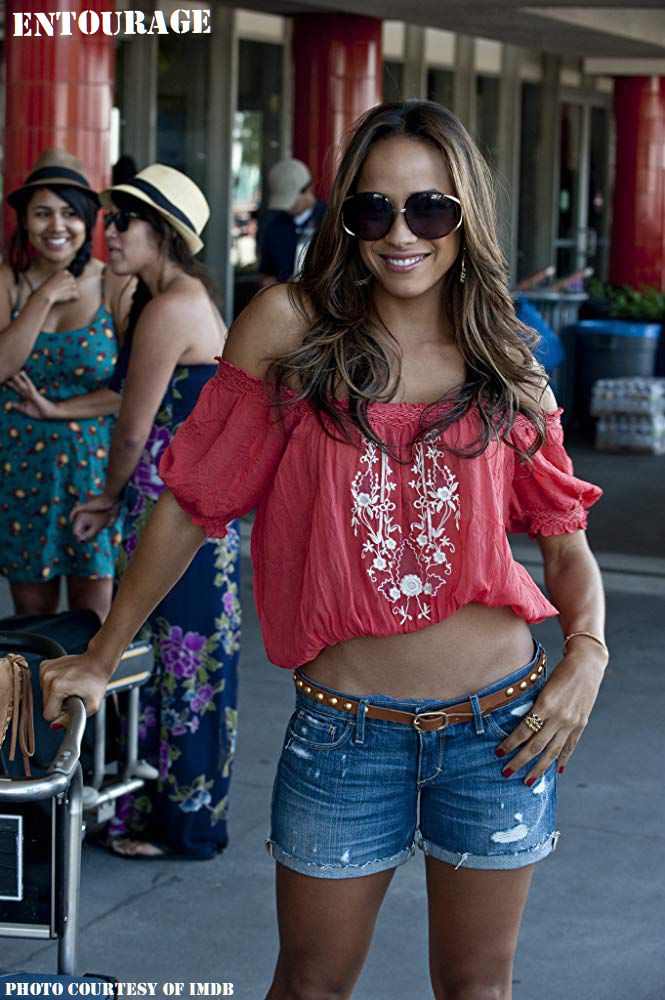 TPC: You go from one critically acclaimed HBO series to another as Alex in Entourage (2010). What makes you decide that “Yes, I’m the character Alex…” when reading the script? What draws you to ANY role when reading a script? Do you envision yourself in the role?
DR: I love diving myself into roles that speak to me and reimagining them as me. I usually know if I will be able to make the character three dimensional as soon as I am reading it off the page for the first time. My mind usually wonders right away and I start talking like them, wanting to walk like they feel and talk like I hear them. I love the entire process of becoming the character and sharing myself with the work.

TPC: You were recently “Jacinda Vidrio/Cinderella” in Once Upon a Time (ABC). It’s every little girl’s fantasy to be Cinderella when they first see and learn of the character. Putting on the mother’s or grandmothers shoes, prancing around the house….etc. Did you ever think you’d get to play Cinderella on a hit television show where you have millions of admirers every week watching you?
DR: I cried when I got the call for that mystery role I had gone in to test for at the audition. I never could’ve dreamt I would get the opportunity to play such an iconic Disney character for more reasons than one. It was inspiring to me, as a Latina woman of color to get this opportunity. It really showed me that anything is possible so long as you work hard and just believe.  It was one of the most rewarding, yet difficult jobs I ever had because of the long hours and demands. That said, I am forever grateful to Disney and the creators for having an open mind during the casting of the role and providing me the opportunity to interpret the role from a very strong willed perspective. I think many little girls can now look at Cinderella as a “Bad-Ass” girl who believes in love and family and will stop at nothing for a happy ending her way! It is such an amazing feeling to know my work can inspire others; there was no better feeling than to watch my kids watch the first episode of the show and scream in excitement “Mami is Cinderella!!!”. It makes my journey in this life worth it. 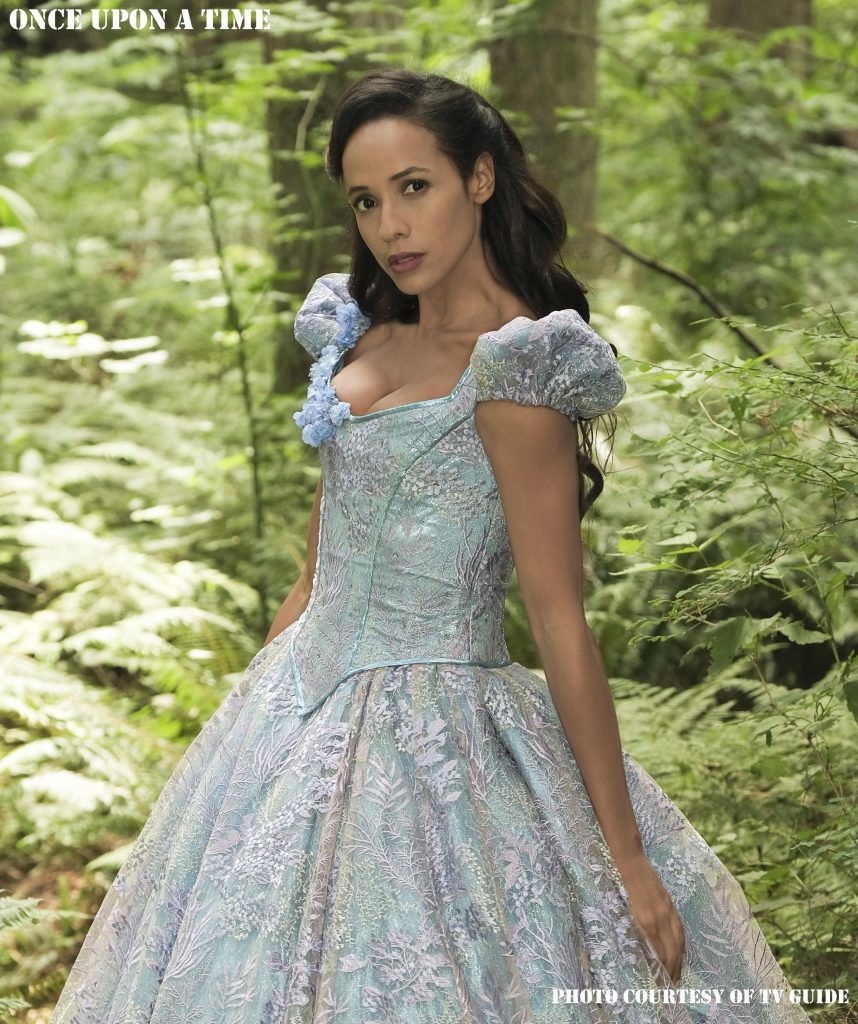 TPC: You will be starring in a new series from CBS ALL ACCESS on Halloween night; Tell Me a Story. Directed by Liz Friedlander and written/created by Kevin Williamson. Liz has directed some very high profiled musical stars in videos (R.E.M, Celine Dion, Megadeth, U2, Kelly Clarkson – MANY others) and has also directed The Vampire Dairies, 90210, Sleepy Hallow, Stalker, Jessica Jones and Many more. Kevin has written the Scream movie and television series, The Vampire Diaries, Dawson’s Creek, I Know What You Did Last Summer and many others. This is some creative firepower here. What say you!?
DR: It is an honor and a privilege to be recognized as a talent by such incredibly creative forces! I am forever grateful to them both for seeing Hannah in me and giving me such an amazing opportunity. This experience has been incredible! And I have gotten to get to know them both on a more personal level; they are both truly beautiful people inside and out!

TPC: You will play the character of Gretel of Hansel & Gretel. The show is based in New York with a twisted angle on fairy tales as we know them. How does the transition happen for you going from Jacinda Vidrio/Cinderella to a twisted fairy tale character like Gretel?
DR: The transition was a very natural one actually. I went from being in the Enchanted forest wearing classic gowns, while sword fighting, to the concrete jungle of NYC as an ex-vet who comes to her brothers rescue by kicking ass the old fashion way. This, while battling with PTSD and having to face old childhood scars as well. Recent scars as well. Inside and out. Essentially, in both the classic take of the fairytale and the twisted take on this one, the universal morals are evident and in both I have to deal with feelings of abandonment and resentment towards my mother figure.

TPC: A debut on Halloween night, October 31st seems fantastically fitting for this show, doesn’t it? What can you tell us, without revealing too much, about the concept of your story or the show itself?
DR: The show takes three classic fairytales and reimagines them as tales of loss, revenge, greed and despair. This season will intertwine “The Little Red Riding Hood”, “The Three Little Pigs” and “Hansel and Gretel” within the backdrop of New York City. All of the characters deal with current issues raging America while searching for their happy ending. We pick up my character “Hannah” a year after she has been released from the war with an injury as she tries to adapt to a life back home. She gets a call from her estranged brother asking for help. She goes to his rescue and gets tempted by “candy”. From there, they’ll be on the run from some very dangerous people and will stop at nothing to get what they want.

TPC: What can you tell a reader that might be on the fence right now gazing at the October 31st date? Convince them to watch this show. Go!
DR: Let us “Tell You a Story” full of action, mystery and suspense on the one night of the year everyone craves just that! (Halloween night) There is no better way to start your “scary, fun and suspenseful night than to dive into the mind of the creator of “Scream”, “I Know What You Did Last Summer” among others. Meet the incredible talented ensemble cast on Halloween night! I am excited to watch my peers kill it as these classic fairytale characters.

TPC: Where can fans keep up with the happenings, upcoming projects and all that good stuff regarding Dania Ramirez?
DR: I always post any links and information of my upcoming projects via social media. Twitter and sometimes Instagram. Both handles are @daniajramirez

TPC: Thank you for stopping by Dania. We’ll be tuned in on October 31st, watching Tell Me a Story on CBS ALL Access!
DR: thank you for the interview opportunity!