Back from New York Comic Con 2011. It was a fantastic show, as usual. InvestComics will have some cool coverage coming up, but new comics will be out this Wednesday and we want to get you caught up!

DC presses on with the new batch of number two issues. Be sure to check most of these issues out folks. New origins, new costumes, and best of all new characters. Here is a typical scenario that may take place. A low print run of a new villain that winds up breaking out. Then you get stuck either waiting for the price to come down to grab a copy or you overpay for it. Yes

you can and will get the second printing, but it’s that first printing that will elude the collector in you. So be sure to pay attention and you’ll have those first appearances you’ll need for your collection!

Marvel concludes Fear itself with issue number 7 a double sized, as it starts up another Fear book called Fear Itself: Fearless #1 (of 12). The finale of the Fear Itself book has a hint of something that you’ll have to catch. The best guess here unto what it relates to would be the new “semi-relaunch” Marvel will be doing. Back onto the new Fear Itself title, the focal point on this issue will be Valkyrie. Catch her first appearance in Avengers #83 (1970). Comics price Guide list this book at $100.

Also this week from Marvel, Avengers #18 promises some big changes………..again.

One Independent Comic stands out from the rest this week and it’s not Star Trek/Legion of the Superheroes #1. It’s from Red Anvil ; War of the Independents #1. Just look at that cover! There are so many cool Independent characters we all grew up reading. This comic is for sure the standout of the week. Speaking of cool covers, check out Xenoholics #1. 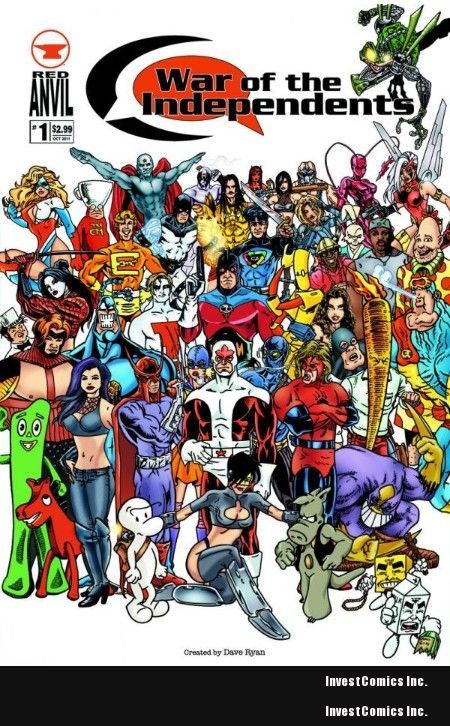 Tags: Avengers #18, Fear Itself, Star Trek Legion of the Superheroes #1, War of the Independents #1