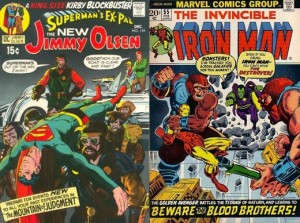 The new Superman Man of Steel movie has brought in over $210 million already. As you read this article that number is probably steadily climbing. With this success for Warner Bros. comes the next phase. WB has already announced that they will be green lighting Superman Man of Steel 2 and Justice League of America, both slated for 2014 and 2015 respectively. Just how realistic is this time frame to get these 2 movies done inside of 2 1/2 years? Highly unlikely, but the wheels are turning here and the comic book collector world needs to be on their collective heels.

When, not if, but when the Justice League of America film is in its infant stage we will soon find out that there is only one place to go with this movie. One place, meaning one villain and that villain will be Darkseid. As vast as the DC Universe is, there is simply no “one” villain other than Darkseid to cause an entire team some headaches. Marvel on the other hand has a few to choose from, but it is no surprise they are going with Thanos. Darkseid and Thanos have always seemed to be linked to one another. Darkseid’s debut came in 1970; Superman’s Pal Jimmy Olsen #134. Thanos’ first appearance came only 3 years later in Iron Man #55. So although Marvel was 3 years late to the party with their version of Kirby’s creation Darkseid, they are several years ahead on the big screen. This will in fact change. Well not a fact, but a confident level here to say that Darkseid will be the nuisance for the JLA team. So where will Darkseid appear? Man of Steel 2? Will Warner Bros. change course (Extremely likely) and make more lead up films before Darkseid appears? Flash? Wonder Woman? Green Arrow? Red Tornado? What characters will have their moment in the sun before the Justice League movie? One thing is for certain though (InvestComics speculation of course) Darkseid will play a major part in the lives of our heroes. 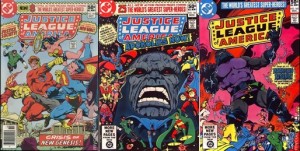 Over the years InvestComics has recommended countless comics to pick up. Some were good, some were okay, and some never panned out. If ever there was a time for you not to second guess anything, this would be that time. Superman’s Pal Jimmy Olsen #134 will absolutely explode in due time. InvestComics cannot emphasize enough how important and UNDERVALUED this comic is right now. Here’s another reason why this comic should be in your possession. The amount of graded copies on this comic is absolutely staggering, staggering because there are only a total of 189 of them graded. Only TWO hold the 9.8 spot while 11 hold a grade below. You can shop Ebay right now and find a 9.6 copy for $899 or get a Fine copy at only $125. This comic will double and triple in price once the Darkseid is named to appear as the go to villain. By comparison Iron Man #55 (Thanos’ first appearance) has a 1067 graded copies on the CGC Census. 37 at the 9.8 spot while 75 occupy the grade below. Big difference here huh? Who is the villain in need of 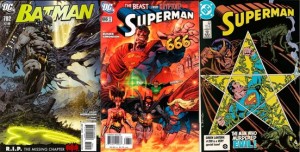 some attention here? That would be Darkseid, and boy is he going to get some.

Besides Darkseid’s first appearance there are some other books that he has appeared in that are also very undervalued that command your attention. The first of those comics are the Justice League of America’s #’s 183 – #185. When the JLA movie comes to fruition, it is “said” that THESE comics will be the storyline to the movie. Get these comics all day in Fine condition on Ebay for $10 a pop. Well worth the condition and money spent. Watch as Warner Bros. makes the announcement about Darkseid, these Fine copies you hold will go tenfold easily. The funny thing here is that the creator of Thanos; Jim Starlin, yeah that guy, he was the artist on 2 of the three covers!

Although Darkseid has been wreaking havoc on the DC Universe for more than 4 decades, ready for this? He has made ONE, that’s right ONE appearance in the Batman comic. Batman #702 to be precise. It took exactly four decades for Darkseid to make it into the pages of a Batman book. Hard to believe isn’t it?? So pick that comic up while you still can. Those will be disappearing before you know it. 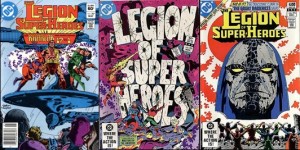 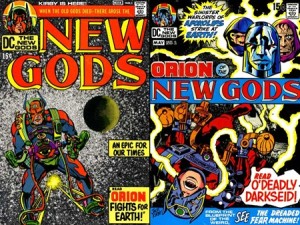 Early appearances that need to be picked up include Jack Kirby’s Forever People #1 & New Gods # 1 and New Gods #2. One of Kirby’s last DC work came in a form of a graphic novel. 1985’s Hunger Dogs had his creation Darkseid in it. Legion of Super-Heroes #’s 287, 293, and 294 are comics that need to be in your collection sooner rather than later. Important storylines with Paul Levitz and Keith Giffen at the helm.

And lastly, watch for Darkseid to make an appearance during DC’s Villain month. 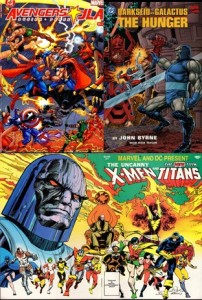 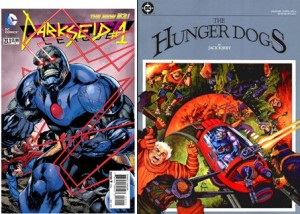 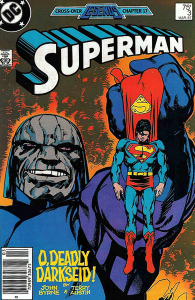 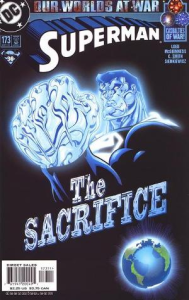