(Disclaimer: all comic recommendations are from a speculative vantage point. Not all comics are to guarantee a return on your investment. This article is used as a guide for investments and entertainment purposes. Please use your own discretion when investing.)

In this month’s InvestComics Newsletter, released last week, every subscriber got to see the very first InvestComics Publications cover to The Dawning #1. If you missed it, here it is in its full glory….. 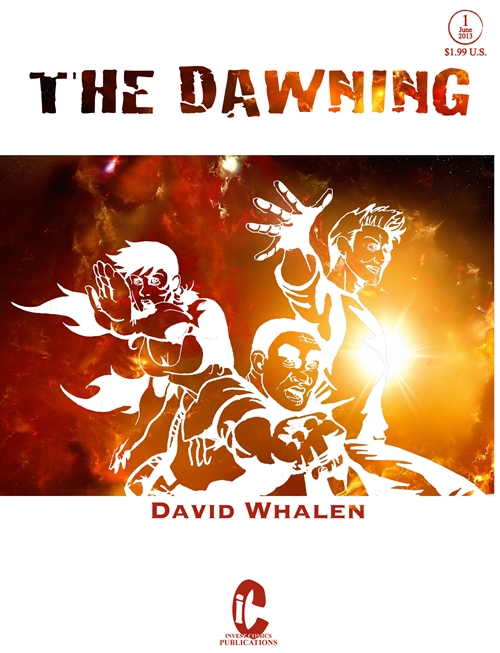 So do you like it? We love it! David Whalen (artist/writer) on the book has outdone himself, a spectacular way to introduce the world to the first published work under the IC Publications banner. If you want to get exclusive news like this and more to come, be sure to sign up to the newsletter and not miss anything! The signup is either at the end of this article or on the front page of the website.

InvestComics has a new sponsor, Comiclink. Comiclink has become a major player in the comic book auction world. They have very sought after, high quality books on their website. The Comiclink website has been in the market since 1996. To learn more about them, click the link www.cominlink.com or click on the super cool banner ad on the left side. InvestComics is proud to have them on board. Go there now and bid, bid, bid!

This week in the InvestComics Hot Picks we have a combination of 9 number one issues/zero issues. But before we get to that, a comic book run like no other is coming to close to much of the dismay of many fanboys. Geoff Johns will end his run on Green Lantern this week with a double sized issue. Green Lantern (2011 4th Series) #20 will be the issue that every fan will be talking about this coming Wednesday. The only thing we ponder is, why the hefty $7.99 price tag? Ouch. Granted a double sized, but throw a bone here will ya? Anyway, DC played it smart here because they will in fact get their $7.99 being that it’s the climatic final issue of Geoff’s run so kudos to them! (We’re in business here kids, don’t kid yourselves). So with the ending so near, InvestComics went searching for a beginning…..Geoff Johns first Green Lantern work. Well, you’d have to go all the way back to a backup story in 1999’s Green Lantern Secret Files #2. The backup story is called “Lost Pages: Haunting.” He wrote the backup that featured only one Lantern; Hal Jordan. So there you have it, the first and the last. The man single handedly responsible for the “Rebirth” of a character that was in the doldrums since the creative team of Neal Adams/Dennis O’Neil. He was also responsible  for the launching of a Green Lantern movie. So, want to cash in on this? Buy the final issue, couple that with the GL Secret Files #2 and bam! You’re welcome.

With the hit television series Arrow bringing its season finale to the table, It’s only fitting that Arrow (2012 DC) #7 this week brings one of his main adversary’s front and center. The origin of Deathstroke will be revealed. A cult favorite, Deathstroke is a breakout character that seems poised for the big screen someday. When this happens, probably not an IF here, but when it does, be sure to have your paws on The New Teen Titans #2 (1980). Already a collector’s book, this will continue to rise as the years pass us by. It will explode once he makes his appearance on the big screen. The New Teen Titans #2 comic appeared more than 8 years ago in the InvestComics magazine as a solid buy. This still hold true for today.

Two sleeper issues coming at us this Wednesday. Deep Sea (2013 Dark Horse) #0 from the creative team of Jimmy Palimiotti and Justin Gray and Green Team (2013 DC) #1. Green Team looks like a very interesting read, definitely need to check that out.

Be sure to sign up to the InvestComics Newsletter below.