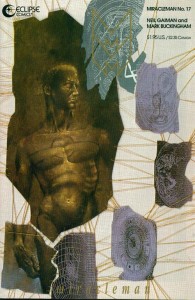 We all know the legal issue behind the whole Miracleman charater right? If you don’t, you can either Google it or click here for a quick synopsis into the legal mess. We’re not here to discuss legal matters so we’re going to skip that part and head straight into the speculative market. With that, Miracleman is back in the hands of Marvel Comics, thus Miracleman (2014) #1 will be coming out this Wednesday. Being a big deal for Marvel they are accompanying the number one release with a healthy dose of variant covers. Eight at last count. There are a few gems in here. The Joe Quesada variant, coming in at a price point of about $60, a Mark Buckingham variant at $75, and the prize variant from John Cassaday will cost you around $150. As always, grade these (shoot for a 9.8 or higher) as a CGC signature series to maximize your dollar.

The Marvelman character first appeared as Miracleman in the Eclipse Comics’ Miracleman #1 (1985). The series was written by legend Alan Moore until issue number 17. (Insert sarcasm here) Some other guy by the name of Neil Gaiman took over the series from there. It’s not too often these days you have creators of this magnitude like Moore and Gaiman doing a back to back. Moments to relish, and by the way if you are thinking about getting either of these books or some of the others within the series, you could check Ebay. There are still a few affordable ones for the taking.

Revolutionary War Dark Angel #1 will feature the return of Marvel UK’s Dark Angel. She looks extremely awesome as far as geek eye candy. Let’s hope the character lives up to her stellar appearance. If she does and takes a step toward stardom, you should have her first appearance in your long box. A step in the right direction starts with a sold out comic, which Dark Angel has done here.  Check out the 25 cent boxes at your local shop or convention for Hell’s Angel #1 (1992) for the debut of Dark Angel. 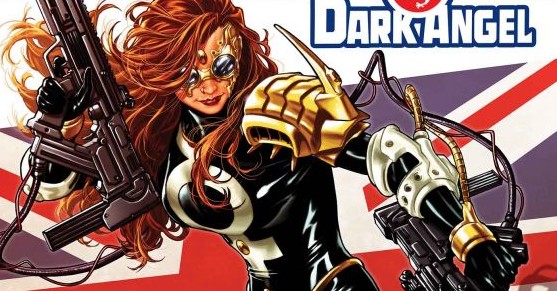 DC knows a good thing when they have one. With their successful Injustice title comes Injustice Year Two (2013) #1. It’s almost sold out at the distributor, so you better grab it if you want it. The first series sold out quickly and commanded some nice aftermarket cash.

Dark Horse brings us Skyman (2014 Dark Horse) #1 this week. An interesting Obama variant will coincide with the release of the regular cover. Aren’t we past the president variant covers? Guess what? The variant is sold out, so we aren’t over the president variants just yet. Also, did you know that the first Skyman character appeared in 1940’s Big Shot Comics #1? Awesome cover too.

The most overused story concept and character joins forces this week. Night of the Living Deadpool (2014) #1 will have Deadpool in yet another number one issue, and the storyline will focus on zombies.  So what does this equate to? An almost sold out comic, fans just can’t get enough apparently!