NOTE: Please excuse the functionity and look of the website at the moment. There is a lot going on behind the scenes right now and it’s messing with a lot of the site right now. Thank you for your patience as we work through this. 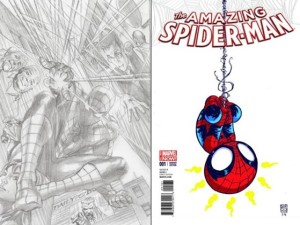 series is due to the lack of success the previous two series’ have had. With 100% sarcasm attached to the previous comment, Marvel’s relaunch here is their way to cash in on Sony’s new Spidey movie coming out this week…..and of course grab as much money from the collector pockets as possible too. Nothing wrong with a company wanting to make money, but watering down things quite a bit aren’t we with 16 variants? But money to be made nonetheless! So what should you do? Stick with the usual rules. Get the variants with the best ratio. Get the variants signed and graded. That’s it. Or get a variant you really dig, get that signed and graded. Either sit on it for your own love of it or sell it very quick. The Amazing Spider-Man #1 variant craze is going to be short lived.

More variant cover madness hits with Rai (2014 Valiant) #1. At last count with this one there are 10. So between the Amazing Spider-Man #1 and Rai #1 there are 26 variants in total. That’s 2 comics, and 26 variants. Wow. Anyway, Check out Rai’s first appearance in his self-titled book from 1992. Also brought to you by Valiant. And the total number of variants for Rai in 1992? Zero. 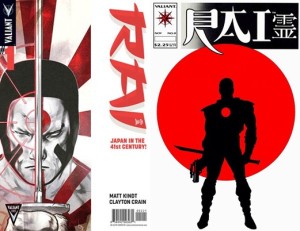 There are 2 DC Comics to check out this week. First one, the more important one too is Adventures of Superman (2013) 2nd Series #12. An introduction of an all new character named Demolisher. Introduction of new characters are always a 100% pickup on new comic book day. Know this. The other DC Comic; Flash (2011) Annual #3 will reintroduce Wally West into the New 52 realm. Aftermarket will take more to the Demolisher intro in the long run IF the character is a recurring one.

And finally, Uncanny Avengers (2012 Marvel Now) Annual #1 will have the first look at a new team. The Avengers of the Supernatural. Hey, I don’t make this stuff up, I report on it. 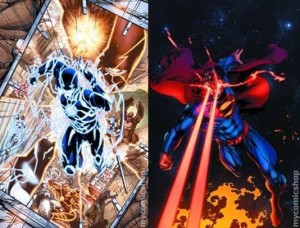