The InvestComics team is fresh back from the New York Comic Con 2014. This was our first time ever facilitating for the awesome grading company CBCS. It was fantastic. Many cool variants, old comics, and lots of Synder autographs were requested. All and all a great experience and we look forward to serving everyone’s needs at future shows.

If you follow us on any of the major social outlets we are on, you would have seen some great coverage of the show. As usual we will be combining a lot of the pictures to give fans a collage in a video form. That will be coming soon.

Thanks to the InvestComics team Rafael Rosario and Chico. An amazing duo that pursues above and beyond…..cannot not explain the gratefulness to them in words, but thank you, thank you, and thank you.

Let’s jump into the InvestComics Hot Picks. Comics are due out tomorrow……

One thing was most certain at this year’s New York Comic Con and that is that 215 Ink has a hit on their hands. The Enormous NYCC variant was nowhere to be found 30 minutes into the show. The next day was no better. Bottom line here, the Enormous comic is making some noise and this week Enormous (2014) Ongoing #4 is hitting the shelf with a sold out sign on it. This means if you see any on the new comic book wall at your shop, once that spot is empty; it’s empty until a second printing comes along. The hit series continues to sell out, so you may want to be on top of it early before it’s 20 issues in and the early issues command too much money.

Another comic that continues to sell out is Cutter. Cutter (2014 Image) #3 is gone at the distributor. Be on top of this too.

The video game industry is an industry that pulls in billions upon billions of dollars per year. What if you put out a comic book that consist of one of the biggest video game money makers in history?…. A  2 billion dollar franchise? Well IDW are taking their chance with Skylanders (2014 IDW) #1. What will this comic present in the spec market? Maybe not much, maybe something, who knows? What we do know is that the Skylanders franchise has pulled in some seriously crazy money, oh and the subscription release is sold out. Will the popularity leak into the comic book form? Will the demand be there and drive prices up in the aftermarket? You’ll have to take a chance with this one. A $3.99 gamble, your call.

Week after week I consistently remind collectors that the Spider-Verse  storyline is one to keep an eye on. There are a tremendous amount of new characters being introduced and this week is no different. Check out Edge of Spider-Verse (2014 Marvel) #5 with Sp//dr. Looks like Spider-Man has gone Anime. One of these new Spidey’s will break out in a big way and you’ll be kicking yourself for it.

The ever so popular Quantum and Woody from Valiant return with an almost sold out number one issue. Be sure to check out Q2 Return of Quantum And Woody (2014 Valiant) #1. 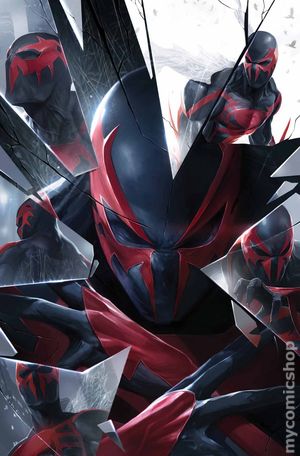 A few variants are available with the new release.

The Deadpool photobomb cover of Hulk (2014 2nd Series) #7 is sold out. A classic homage cover to Todd McFarlane’s Incredible Hulk #340.

And staying on topic with Wolverine, Wolverine and the X-Men (2014) #10 will lay Logan to rest in a big way. A big way meaning there will be many artist contributing to this issue. Always good to get these types of comics because a first professional work always slips in. Or a first work on a character that the artist could go on to dominate later on in their career.

Last of the Wolverine books to check out this week would be Death of Wolverine Logan Legacy (2014) #1. This comic has some of the best Wolverine rouge gallery ever featured in it. Looks like a fun read if anything. Only a 7 issue run here.

By “killing off” one of the most overused characters in the Marvel Universe, he gets replaced by Deadpool. This Wednesday we are treated with a new number one issue pertaining to Deadpool. This time it’s Deadpool’s Art of War (2014) #1. Aftermarket draw? Not too sure here, but just some Deadpool reading by none other than Peter David!

Doctor Who fans rejoice. A new number one comic heads your way on new comic book day; Doctor Who The Twelfth Doctor (2014 Titan) #1. Better hurry though because it looks like it’s almost sold out.

That’s it for this week. Thank you all for the well wishes. See you next week.