And as mentioned last week, InvestComics will be going through some fantastic changes in the months ahead, stay tuned.

Spider-Verse is finally officially here with Amazing Spider-Man (2014 3rd Series) #9. So what will a speculator need for this epic Spider-Man story line you may ask? Besides deciding which cool variant to pick up? Not too many to choose from, which is great. More on the variant craze getting out of control later. But how about the most comprehensive Spider-Verse checklist on the net? From InvestComics of course. Click right HERE and follow the all of the characters that are appearing in the story. First appearances galore here. A MUST for anyone seeking out the plethora of first appearances to appear in this mega tale. As I said a long long time ago here on InvestComics about the Spider-Verse saga, there are many spider characters that will and MAY breakout into their own series. The speculator needs to stay on top of their game in order to spot the hot character(s) that may spin out onto their own. Spider-Verse Team Up (2014) #1 is also a part of the Spider-Verse madness this week too. All the while using the checklist to find the first appearances via InvestComics, you can follow along. It’s a fun time to be into the Spider-Man universe. A lot going on and to keep an eye out for. Have fun!

Having fun is always an important tool to keep front and center while making decisions to buy, sell, or hold a comic. Reading them is an essential part of having your collection as well. I have said this countless times, but we all need reminders once in a while! That said, you must check out Avengers and X-Men Axis (2014 Marvel) #4 this week. It features the birth of KLUH. Who’s that you ask? Spell that name the other way and you’ll get an idea of what that new birth is in reference to. KLUH first appeared in HULK #30 (2011). So judging from a books cover, the new KLUH looks quite awesome.

Death of Wolverine Weapon X Program (2014) #1 may have some new characters popping up. Keep an eye out on this one.

The end is nigh, for Superman Unchained that is. Check out the the last issue in this very popular series; Superman Unchained (2013 DC) #9. Loaded with a few variants, there is one variant that exceeds any expectation of the others. That would be the Jim Lee black & white variant cover. At a mere $60, a speculator can get this signed and graded via CBCS and flip it for a lot more than the money spent to get it all done. Easily.

Any fans still upset about the new Lobo? Don’t fret, looks like the old Lobo will make an appearance! Well sort of……Lobo (2014 DC) #2 doesn’t seem like much of a homecoming for the original Lobo with that cover. We need that old Lobo back with his head attached to kick this new Lobo’s ass.

Remember when the Image title Chew was on top of the heap? It doesn’t seem that long ago right? Oh but it has been a while. With that said, Chew fans will get a comic that Image is calling “the most talked about issue in years”. Check out Chew (2009) #44.

Quite a few number one issues hit this Wednesday. A few interesting standouts though. One being The Zoohunters (2014 Aspen) #1. Although Aspen Comics put out a good product, they never amount to much within the aftermarket. Maybe this title will prove otherwise. It’s an interesting premise, good artwork, who knows? Give it a go, check it out. Oni Press has a knack for putting out some great comics. Terrible Lizard (2014 Oni Press) #1 is sold out. Must take a peak at this on your local comic shop shelf. Image
Comics offers up four debut issues that are all sold out. Humans (2014 Image) #1, Tooth and Claw (2014 Image) #1, American Legends (2014 Image) #1, and Penny Dora and the Wishing Box (2014) #1. Birthright number one sold out (an

InvestComics Hot Pick), now Birthright (2014 Image) #2 has sold out too. Stay on top of this specs.

A lot like Aspen Comics, Zenescope Comics are one in the same. Always fantastic sales, but aftermarket is never kind. Sold out from the Z is Hollywood Zombie Apocalypse (2014 Zenescope) #1 and Cinderella (2014 Zenescope) #1. Great reads probably, so pick them up!

Another show on how the hobby is getting a bit out of control this week. Although I speak of variant comics each and every week, I try to point out some that will make sense to buy and possibly flip or are just flat out pretty! Then there comes a point of ridiculousness. This week, John Carter Warlord (2014 Dynamite) #1 will have at least 15 variant covers. Why? Understandable that Dynamite wants to make money, what company shouldn’t right? But there is a thing called over excessive. Don’t get it wrong here, if Marvel or DC pull this I call them out too. I’ve done it before. The variant covers should be limited to a few covers, not 15. It’s absurd and silly. 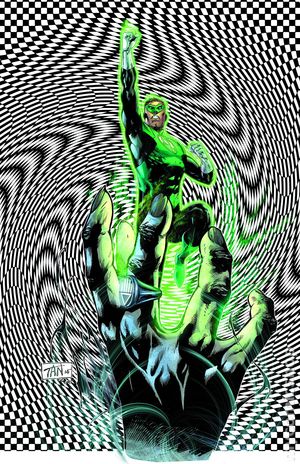 One regular cover that exceeds any sort of gimmick this week (yes DC, Lego variants, really?) is Green Lantern (2011 4th Series) #36. A perfect example of letting things be, because that REGULAR cover blows away any variant cover this week. Fantastic.