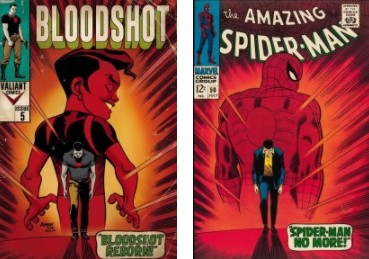 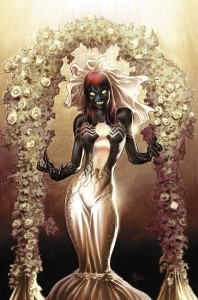 Here are a few possible first appearances to look for this Wednesday. Lobo Vol 3 #9, the first appearance of Wyvern Cross? Not too sure. We found Alex Wyvern. DC fans, help us out, same dude or not? As a regular reader on the InvestComics website, you should know by now that we tell you every month to buy up the Star Wars comics. Not only are you buying good stories, but you’re getting a potential aftermarket bump speculative comic each and every time. The Star Wars craze is still five months away, but the new Marvel comics are reacting now. Any sign of a new character or major plot line and the market instantly reacts. Darth Vader #8 this Wednesday will be a book to buy. An introduction? Maybe. If not, you have great reading on your hands anyway. Worth the $4.99. It’s a win-win. Check out Guardians Of Knowhere #2, new character Yotat graces the cover. And finally, Detective Comics #43. First off, what a fantastic cover from Francis Manapul. And check out a new weapon in this comic to take down Bats and his team.

The Amazing Spider-Man Renew Your Vows story line is firing on all cylinders. Spider-Man seems to always have a hit story line these days right? Well this week Amazing Spider-Man Renew Your Vows #3 will hit and the Comicxposure variant is a biggie. Look at that cover by Mike Deodato Jr. Awesome right? Maybe InvestComics will give one of these away! Stay tuned! In the meantime click the link and head on over to Comicxposure. Buy the variant before they are all gone.

Darwyn Cooke variant; Justice League God And Monsters Wonder Woman #1 is sold out. The JL Gods and Monsters series each week keeps the readers coming back!

Valiant Entertainment brings it every single week. A must for any serious comic book reader. If you’re in the market for intelligent dialog mixed with action and great art, Valiant is the place to be. One of the Bloodshot Reborn #5 covers this Wednesday pays homage to the Amazing Spider-Man. The shout out goes to the classic Amazing Spider-Man #50 (1967 – First Kingpin – must own) cover from John Romita Sr.

Readers are in for a treat this week with Ms Marvel #17. Ms. Marvel and Captain Marvel team up!

Before moving on here. A reminder as we have mentioned so many times in the past here on InvestComics. Just because a comic is sold out does not mean there will be monetary gains to be had. At the end of the day, the sold out comic must bring something tangible to the table. Besides the obvious first appearance factor for a speculative book, It must bring a buzz/interest for fans to come back to buy more. Publishers have the responsibility to provide an on time comic to sustain that interest and buzz. If the comic comes out on time and the buzz sustains and the interest is there, it’s a mix for possible success within the aftermarket. A sold out comic does not mean aftermarket success. Many factors go into why a comic does well for speculators after its release. Know the guidelines, follow InvestComics to give you the scoops all the time on how to watch for these things. Another reason is the release count. This plays a huge part in the process as well. Too many copies make for a watered down product, thus affecting your bottom line. See, many factors. Stick around here as you do, you’ll learn the real factors as to why things do what they do in the market. We are the number one comic book speculation website for a reason. And thanks to all of you of course. So let’s move along shall we?

Here are a bunch of comics sold out already; Aspen’s Jirni gets another go around with a new number one issue, Jirni Vol 2 #1. The Paolo Pantalena and Elizabeth Torque variants are both sold out. Two amazing talents. Dark Horse’s This Damned Band #1 is sold out. From Tony Parker and Paul Cornell. The ultimate limited edition Lady Death collection is here. Brian Pulidos Lady Death; Death Goddess Deluxe Edition Box Set from Boundless Comics is sold out. Only 100 sets available. 13 volumes, 10 covers and 3 foil editions. King #1 and Muirwood Lost Abbey #1 from publisher Jet City Comics are both sold out. Boom Studios John Flood #1, sold out. Like tattoos? How about a tattoo comic book?! Ink For Beginners A Comic Guide To Getting Tatttooed from Big Planet Comics is sold out.

And Dark Corridor #1 from Image Comics looks like a great read.