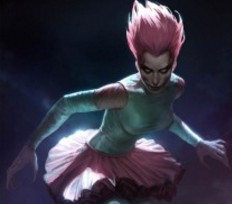 **Please, if you are a new reader or a regular reader of this article and have not seen or read the disclaimer, we urge you to read it (provided above).

In Batman #43 Mr. Bloom was introduced. Now in Batman #44 we learn of Mr. Bloom’s origin. This is not only no doubter, it’s accompanied by a Jock cover. This comic here, a no brainer. Must read, must get.

Check out Justice League United #13 for the long awaited return of a legendary DC superhero.

Alice Cooper vs Chaos #1 from Dynamite Entertainment. The black and white variant is sold out.

Valiant Entertainment continues on their torrid pace on delivering comic book story lines that actually matter and are not a convoluted mess. Be sure to check out their releases this week. Ninjak #7 and Unity #22. The Ninjak covers are killer this week too! Check some of those out in this article.

Three number one comics from IDW this week….IDW publishing has created a new team from a once super popular mobile game. Check out Super Angry Birds #1. It’s an all new angry birds “super angry” team. Also coming from IDW is Atomic Robo #1 and Tet #1.

Nothing to note with Bloodstrike #2 other than having to reminisce a bit from looking at that Rob Liefeld cover. Those were fun times and more fun times await with the new Bloodstrike series too.

Faster Than Light #1 from Image comics will probably sell out, get a copy before they are gone.

An interesting book called Head Lopper #1 from Image is worth a look.

A new Star Wars comic this week; Darth Vader #9. InvestComics states to buy any and all new Star Wars comics that can be related somehow to the new Star Wars film in December. Star Wars Awakens Shattered Empire #1 will also be coming out this week. This will probably be a kick as* story. It takes place right after Return of the Jedi. Not too sure of what it will bring in terms of a speculation comic in the longer run. If the story introduces a character(s) you’ve never seen before, you have to be all over it. A bunch of variants on this one and none are sold out…..yet?

Quake gets her own book, because YOU demanded it! Well not really, but Marvel always seems to say that comic fans demand stuff. Quake S.H.I.E.L.D. 50th Anniversary #1 is her book and Secret War #2 (2004) is her first appearance!

Some other great indie comics to check out this week; Boom Studios’ Tyson Hesses Diesel #1. Moonstreak #1 from Guardian Knight Comics. The cover rocks and it’s sold out! Mike Wolfer Entertainment brings the darkness/horror with Daughters Of The Dark Oracle #1.