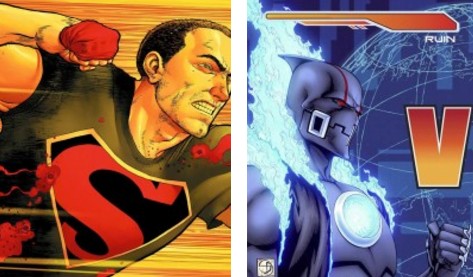 This coming week will be our annual trip to New  York Comic Con. Make sure to have your wristbands or buy one at the show. Some amazing graded comics will be given away. Click HERE for a look at the graded comics and details of the contest.

Wristbands will be available at New York Comic Con through various booths.

If you’ve been living under a rock, you should have noticed by now that the Marvel universe has gone through some changes lately. This Wednesday Marvel will begin the first phase on changing their entire spectrum of the way you are use to seeing Marvel. It will be vastly different. Good, bad or indifferent, it’s happening with or without you. So if you’re on board that’s great, if you’re not, you’ll come back like you always do. Regular readers on InvestComics will know that we recommend entire runs of comic series. In the sense we recommend picking up each and every copy of a series because of the potential of a breakout introduction character/event. Any Marvel Star Wars comics or any of the Spider-Verse (first series) comics are prime examples. Incidentally, Darth Vader #10, Lando #5, and Journey To Star Wars Force Awakens Shattered Empire #2 come out this Wednesday!

Marvel Point One #1 comics or anything from Marvel regarding this new universe will have a large speculative market attached to it. No one will really know who or what or where that “big” book will happen/come. That “Spider-Gwen” or “Gwen-Pool” moment if you will. Maybe it’ll never happen, but with this huge restructure of the Marvel Universe, there are bound to be possible breakouts. Could the new universe be a bust? Maybe, nothing is written in stone here, but be a smart investor here. Don’t get caught up in the hyperbole of others saying how big something will be when in fact they are guessing just like you are. Speculators that talk too large are usually the ones that are left holding too many copies of the first appearance of Spider-Gwen and are still trying to hype up a flooded market. This is what separates InvestComics from everyone else, we’ll give you the straight truth. This is why we’re number one.

Which brings us to Amazing Spider-Man #1, Avengers #0, Doctor Strange #1, Contest Of Champions #1, and Invincible Iron Man #1. The Invincible Iron Man #1 and Marvel Super Hero Spectacular #1 are the only two books that hint at new characters appearing in it. Iron Man uses almost 2/3 of the alphabet regarding its variant covers. 1A, 1B, 1C……..The others are no better with a plethora of variants at your disposal.

…..Another relaunch? Really? Yes really. Let’s revisit what InvestComics has explained to speculators over and over and over again. Can/will any of these comics be a decent flip? Probably, but a very short window here. Why? Because everyone will have the majority of these comics in hand already. They don’t need to buy from you. Second, the variants. The variants will be the chase and a chase that most speculators will make their money on. Here’s the thing speculators. Before you spend that $25, $50, $100, $200 on a variant. As we have covered here countless times, what will this number one Spider-Man or Avengers comic bring to the table? Will there be a major character introduction? Will there be a sustainable status quo change to latch on to? If the answer to both of those questions is no, then save your money. You’re essentially buying a glorified Spider-Man or Avengers comic. You’re buying into the hype. Realize this. All of those variants have one key component in common. The inside. If the inside of that comic does not offer anything but a good story (what’s wrong with that really??) then you have a very nice cover you paid too much money for. Will any other speculation sites tell you this? Probably not because the fanboy in them cannot contain themselves. They will eventually fall in line with InvestComics because they all eventually do. They read this column religiously….we know. As part of our disclaimer reads “What you read is 100% authentic. Any material you read is 100% original content from InvestComics and does not borrow from any article(s) or comic website(s) for its content. Anything you read  from here on any other site that seems similar probably and most likely originated from here.”

So what do you do with the new Amazing Spider-Man #1 and the Avengers #0 comic? You buy it, you read it, you enjoy it. If it turns out to be a Batman #1 New 52 book, then you’re in luck. If not, you have a new Spidey and Avengers story that will probably kick butt. Be careful of that hype for the variants. The market is inundated with too many of the same guts (insides) of the book. Understand that we’re not trying to marginalize or take away from the greatness of these new number one issues, but the speculators have to be on high alert here. Newsflash from InvestComics; The speculative landscape has and is vastly changing and you must be on top of it.

A side note here. In all of the years InvestComics has delivered the weekly Hot Picks, we cannot remember a worse idea for a theme of variant covers. The cosplay variants are an absolute embarrassment. There are so many fantastic cosplay enthusiast that take their craft serious that Marvel could have went with. Not these ridiculous Halloween costumes on display. Wow, terrible.

There’s an Image Comics release that will be a sold out comic before too long; Axcend #1. A new ongoing series from Shane Davis. With Shane’s fantastic art and mad writing skills, this will be a good book to jump on. The introduction of Axcend! Speaking of sold out Image comic books, check out Brian K Vaughan’s Paper Girls #1 too. Anything Brian touches these days usually means a lot of fans buying it all up. A no doubter to check out. Brian also has his other comic out this week too; We Stand On Guard #4. A great series to follow.

Teenage Mutant Ninja Turtles #50 reaches an epic story line conclusion. Count us in! One of the best things about this epic book is the Kevin Eastman/Jack Kirby incentive variant cover. Jack Kirby? How? Well who cares, it’s Jack Kirby.

The meme sensation “Grumpy Cat” will get his/her own comic book from Dynamite Entertainment. Not only will Grumpy Cat #1 feature a Batman type variant, but it will come with at least 8 variants if not more by the time all is said and done. With the millions of adoring fans of the Grumpy Cat meme’s there is no telling what this comic will do as far as sales go. Probably a sell out here. Crazy crazy stuff this comic book world…..

A possible introduction of a new hero happens in Action Comics #45. With Greg Pak writing, this is a good thing. Batman and Robin Eternal #1 will definetly be a book to check out this week. Written by Scott Snyder/James TynionIV and art from Tony Daniel. The series promises to bring some new characters into the Batman/Robin universe and we are all in. The “new” Batman will team up with the Justice League for the first time in Detective Comics #45. Legend Neal Adams does a monsters variant cover for the Green Lantern #45 issue. A new DC/Vertigo book; Survivors Club #1 looks good. Green Arrow Annual #1 is a Halloween issue and there might be an intro of a new villain in it. Pick it up and find out. Telos #1 is on scheduled for release. Does anyone care?

Goon fans will want to be on top of the wrap up story in Goon Once Upon A Hard Time #4. Major changes since the character was first introduced 16 years ago.

Cosmic Times has another sold out book to keep close tabs on before the retailers sell out; Deep Space Tragedy #1. Our good friend Mike Wagganer writes and pencils issue one! Heroes Vengeance #1 from Titan Comics look interesting. Archie Comics releases the all new Jughead #1. A bunch of variants to choose from here too. Is Groot #5 the first Baby Groot solo book? Hmmmm……
A new What if? comic is arriving; What If Infinity Inhumans #1. Saints #1 from Image Comics is set for release this Wednesday. 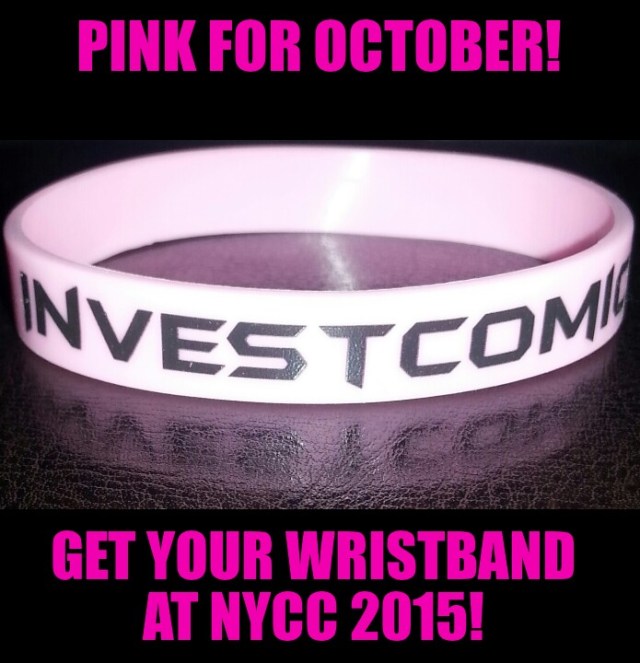