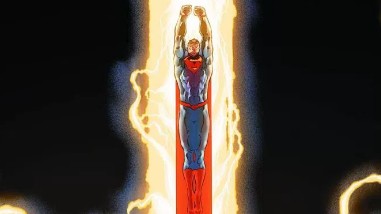 Mockingbird #1 will be an interesting book from different vantage points. First, the character itself. Although Marvel is literally screaming in the solicit that we “DEMANDED IT!” we’re quite sure in actuality, in real life, we probably were not demanding it, but hey Mockingbird is a character within the comic book realm rarely looked at as a major character, If ever really. Not taking away from the potential of bad as* she can probably deliver in her own series, it’s just all so…..new. And it would be nice to get a deeper scope of a character that is making her way on the television series right now. As for the creative team. Best selling author (that’s books with no pictures in them) Chelsea Cain will scribe her third comic book ever. The first was a Mockingbird story, naturally and her second was a Hellboy story. Very new blood here and that’s a great thing. Maybe add a different flavor to this particular series and character we haven’t read yet. Moving onto the artist; Kate Niemczyk. Kate is so new that she has no penciling credits we can find. Nothing in the data basis. So we’re looking at a possible first published work here. All and all, a new rookie creative team may bring a bolt of life into this character not seen before. Keep an ear to the ground on this series. If word gets out that this series is bringing it, Mockingbird #1 will be a keeper. One more thing. A semi-newcomer does a fantastic action variant cover; Afu Chan. Check it out.
Mockingbird first appeared in Marvel Team-Up #95 (1980) with a Frank Miller/Bob McLeod cover.
Mr. Cosmic Jim Starlin returns to Marvel with a new Cosmic story, Infinity Entity #1. The story centers around Adam Warlock. As any fan of InvestComics already knows, we have been a buyer for many years on anything Adam Warlock. Adam’s first appearance as “HIM” was in Fantastic Four #67 (1967). His first appearance as Warlock was in Marvel Premiere #1 (1972). Both of these comics and anything in-between are solid comics to own. This all said, having Jim back into the mix again is a good thing. He never disappoints and always delivers great storytelling. Alan Davis will provide the art and the Marco Rudy variant is sweet. Yes, all around a definite pick up this week.

Not only will Disney Kingdoms The Haunted Mansion #1 be a fantastic story, but Skottie Young is doing his thing with the variant cover. It’ll be sold out in no time.

InvestComics gave fans a heads up about Deadpool’s team Mercs For Money right HERE, HERE and HERE. Lots of first appearances in there! Now comes Spider-Man Deadpool #3. Guess who makes their first appearance in this series? Yep, Mercs For Money! Not only will the Mercs For Money be a team of serious validity eventually, but the Spider-Man Deadpool comic series will be one of longevity. Get the early issues now before they are in demand later on. Click HERE for all available Spider-Man/Deadpool comics on Ebay.
Some serious eye candy coming from Spider-Gwen #6. A Cap cover from Robbi Rodriguez and a variant Women Of Power Cover from Emanuela Lupacchino. And speaking of the Women Of Power covers, All-New Wolverine #6, Vanessa Del Rey cover is sold out.

DC’s Savage Dawn story line will be coming to a close very soon. The pre-finale Aaron Kuder Action Comics #50 cover is simply outstanding. And It looks like DC will be going with polybag Batman v Superman variant covers this week. We love the ‘ripped’ out eyes with the title of the comic. Detective Comics #50 will don the ripped eye cover as well. Great stuff here.

Mark Millar will introduce a new villain in Jupiter’s Circle #4 (Image Comics).
Writers John Ulloa and Al Bondiga, along with artist Juan Navarro bring us a story about a sadistic killer rabbit that only a 7 year old knows about. Sounds like fun! Get Tommy #1 from Creature Entertainment. One of the variants is sold out. If the Elasticator #1 (Scout Comics) cover is any indication on what is going on inside the comic, we are all in. Mikey from Brooklyn on that cover. Yes, more please. Scout Comics also delivers another sold out Henchgirl comic; Henchgirl #5. Action Lab Entertainment follows up their sold out Voracious comic with Voracious #2.