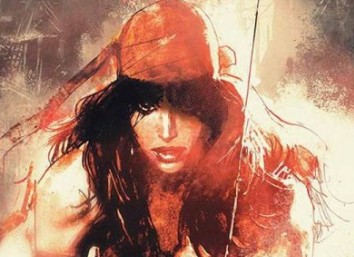 InvestComics Hot Picks – The weekly source for over 10 years.

IC 100 Club Pick: Strange Tales #126 4.0. This graded 4.0 is the first appearance of Clea and Dormammu. With the Doctor Strange movie on the horizon, and the possibility that Dormammu could be the villain, this comic at a 4.0 will be worth spending $99 on with FREE shipping. Fantastic all around buy here.

IDW captures the hearts of Micronauts fans from the 80’s this week. Check out Micronauts #1 from writer Cullen Bunn and artist David Baldeon. A bunch of unnecessary variants accompany the release, but it’s the original series artist from 1979, Michael Golden making the ultra rare $100+ variant that will capture the hearts of those old school Micro fans. A CGC graded 9.6 number one issue of the original series can be yours for only $39! That listing is right HERE. Only 3 days left for bidding. OR just get a Buy It Now for only $49.99 with FREE shipping right HERE. Some old school awesome comics that will probably make a comeback……maybe animation, movies…..who knows?
The nostalgia train doesn’t just bring the Micronauts from IDW this Wednesday, it’ll also bring Strawberry Shortcake #1. The original Marvel imprint “Star Comics” brought a 5 issue run of Strawberry Shortcake back in 1985. IDW will hit on one of these comeback books in a big way eventually. Maybe it’ll be Micronauts, or Strawberry Shortcake, or maybe neither. Maybe it’ll be a another book that will bring a character or a toy back from the doldrums of obscurity. Be ready when it happens because it will.

InvestComics gave fans a heads up on Harley Quinn #26 and that sold out. Now we will tell fans about Harley Quinn #27. It potentially could become scorching hot. DC gave fans a glimpse of a new character name Red Tool. Already being called a ripoff of Marvel’s Deadpool (probably suppose to be fanboys! It’s called satire). Now Harley Quinn #27 will be the first full appearance of Red Tool. Will this character ever materialize into some big? A bust? Who knows? But we say with confidence that this comic will be sold out by the time you get to the end of this article. Well maybe by the end of the next paragraph.

Harley Quinn #27 is probably sold out now. Should have listened.

Batman #51 will be the last issue for Scott Snyder and Greg Capullo. The collaborative team have given fans quite the ride since 2011. Now it all comes down to what Scott Snyder is calling the “quiet issue”. Scott says they’ll be giving Batman the night off. It would be great to have a silent issue here wouldn’t it? Most likely not going to be the case, but Snyder and Capullo will deliver one last time, be there for the finale, it will be special we’re sure.
One of the most pleasing things about this last issue is that there is only two covers at last count. No 18 variant covers or super limited ridiculous covers, just two. Two beauties too! Greg Capullo and John Romita Jr..

Avengers Standoff Assault On Pleasant Hill Omega #1, Marvel exclaims “…the stage is set for Major upheavals all throughout the Marvel Universe!” Didn’t fans already go through “MAJOR” changes just a few months ago? Can Marvel relax with the dramatics? Seriously. The good thing about this comic is the possibility of a first appearance in it. Keep an eye out on the new “major event” for any introductions of a new character. Especially if it’s a female character. The Jim Steranko Captain America variant cover is awesome. Regular cover price too!

A ridiculously beautiful Bill Sienkiewicz cover on Daredevil #6. Marvel is already producing a poster of this cover.

Marvel and the female dominant characters this week…..
Doctor Strange Last Days Of Magic #1 will introduce a new magic character into the Marvel U. And guess what…..it’s a female character! What a surprise!
….And speaking of the Female comic character, a solo variant cover displaying Doctor Spectrum on Squadron Supreme #6. Doctor Spectrum’s (Great Society) first appearance was in New Avengers #16 (2014). A cover price comic for the taking.
….And one more take on the female character deal. Star Wars #18 will feature Sana, Princess Leia, and Aphra all teaming up to kick some as*. That’s a book on our pull list.

A quick look at some indie comics to grab off the shelf…..
Kill Box #1 (American Gothic Press), variant sold out. Arhian Head Huntress #1 and Astria #1 from ARH Studios. Haunted Other Side #1 (Red 5 Comics); sold out. Hyper Force Neo #1 and Legend #1 (Z2 Comics).