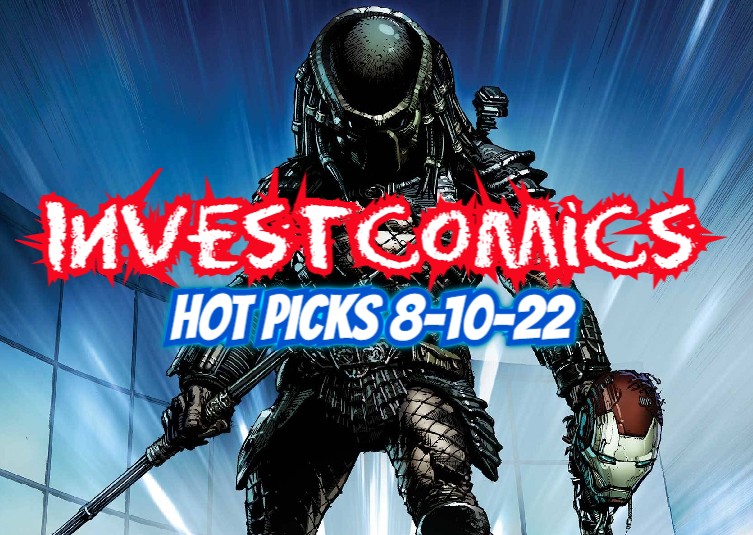 Here are this week’s top Trending/Speculative Comics out this Wednesday 8-10-22.
Please note: All new comic releases can and will change release dates from time to time. Check with your local comic shop on the guarantee of arrival time. If ordering from eBay, check with the seller or post details.
Like something we’re talking about? Like a cover? Like the debut of a new series? A first appearance?
Click on ALL Red-Highlighted LINKS/Comic Covers to BUY/BID from ALL available eBay sellers now (always buy from high-rated eBay sellers). 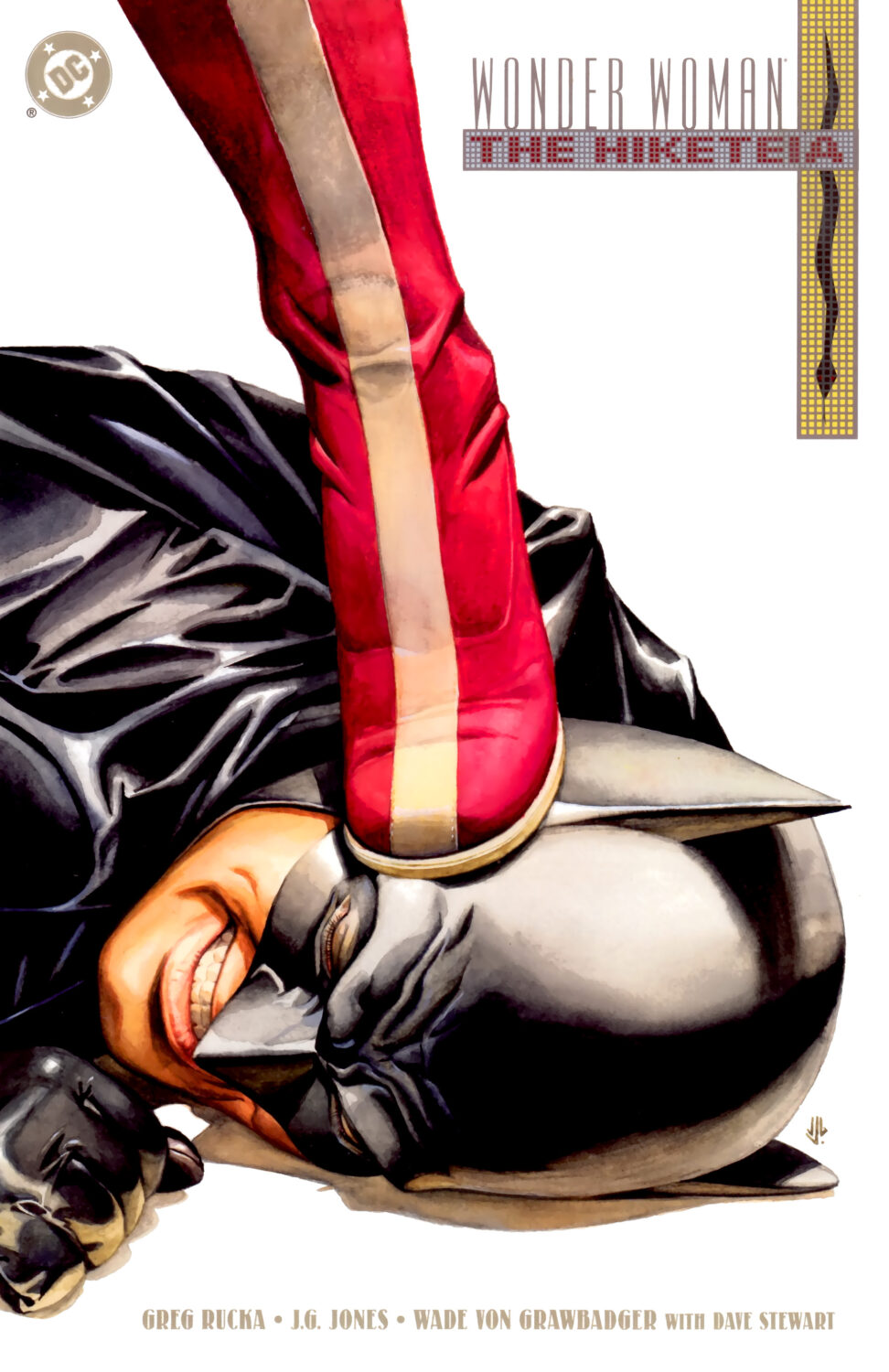 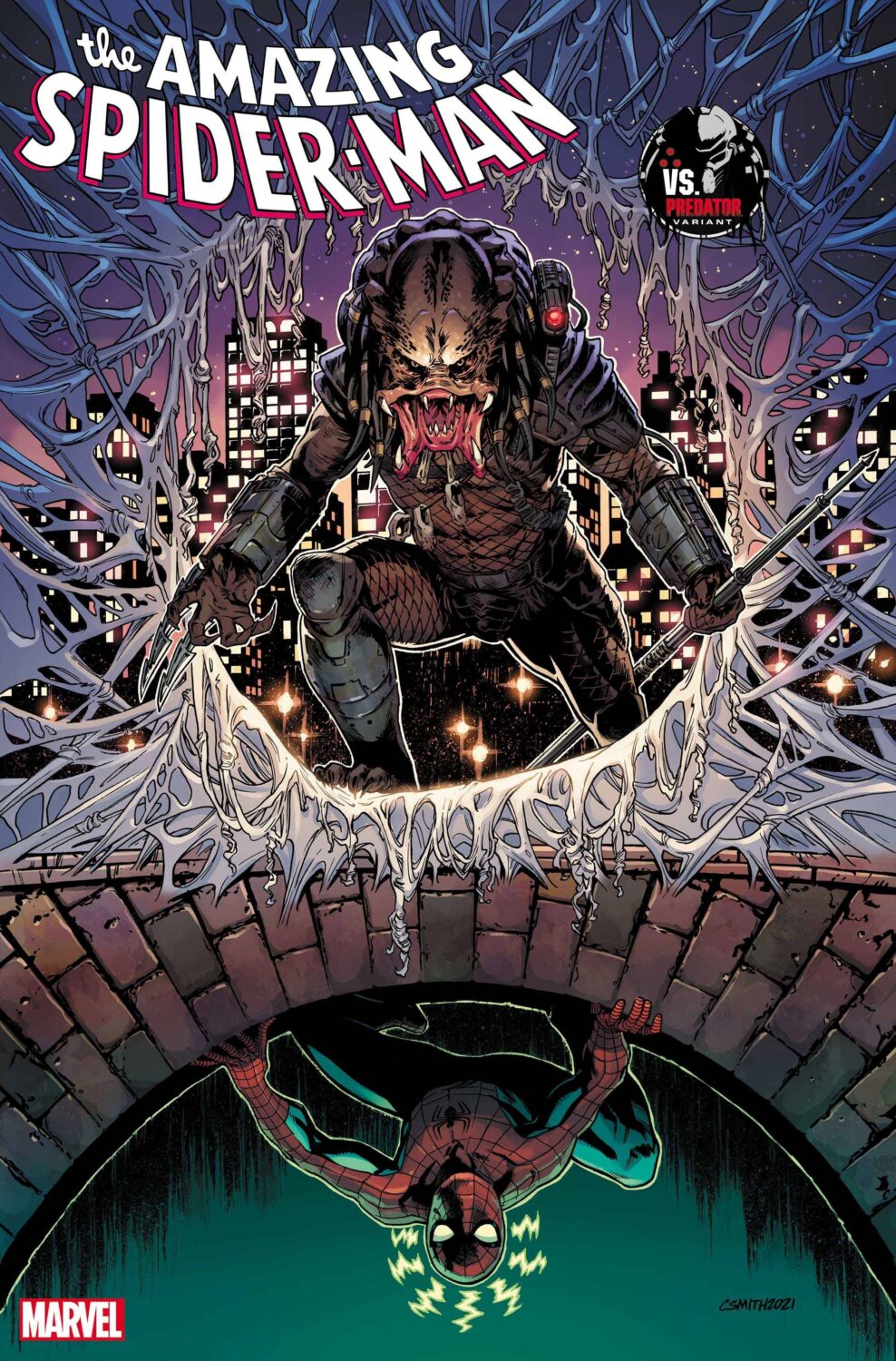 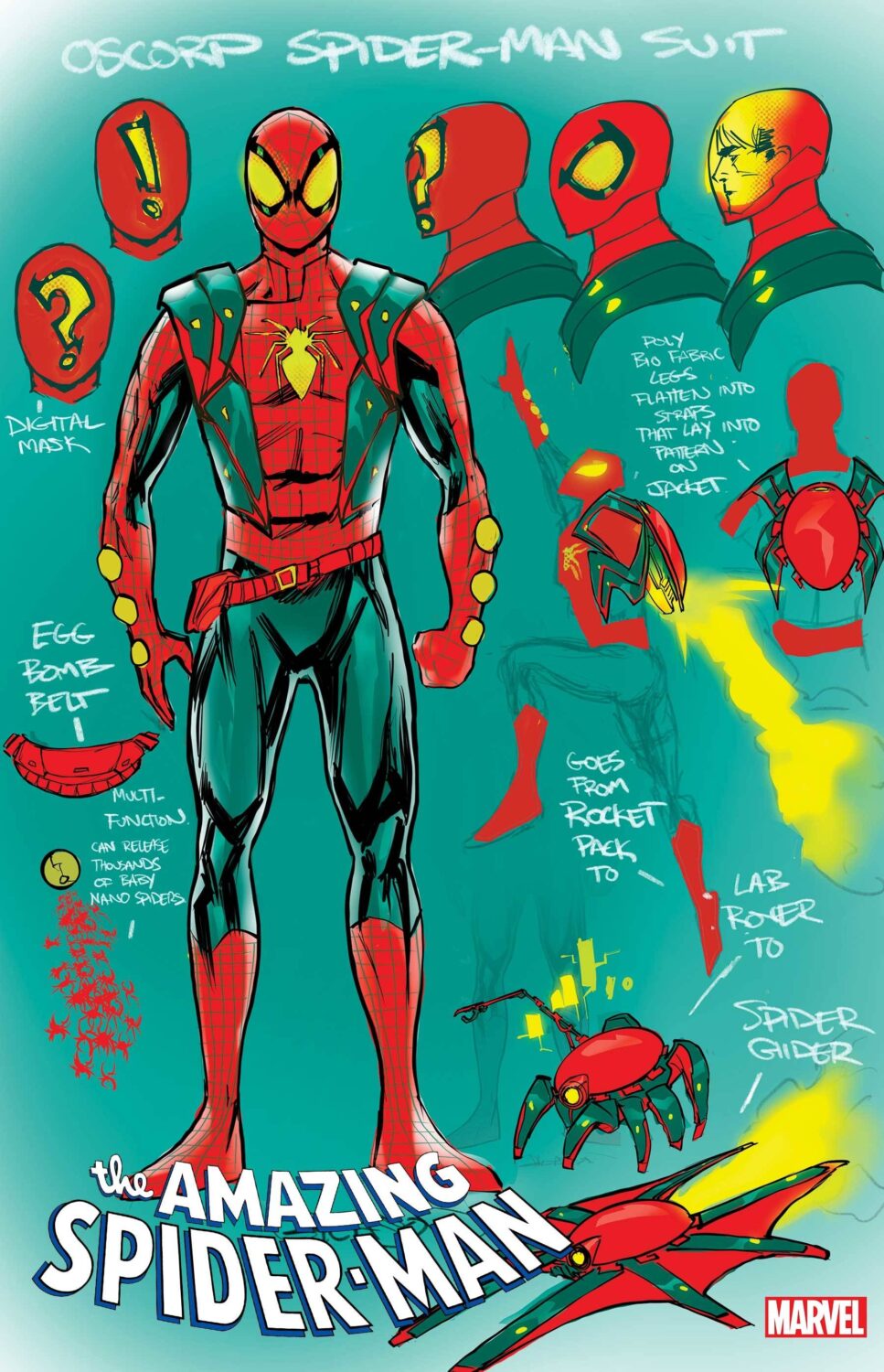 Spider-Man will get another new costume design in this issue. Three variants to discuss. One variant features the new Oscorp Spider-Man suit on full display. There will also be a Predator variant. Y’all remember when artist Patrick Gleason created that “webhead” variant cover and the spec market went bonkers for absolutely no reason? Quite a few variants came out after with various colors, but the same exact pictured cover. The absurdity was recognized when a third print would fetch more than the first print and then prices started to nosedive. A huge waste of money. Besides all that nonsense, Patrick Gleason created a unique cover that appealed to the masses. Until it was overexposed and no one gave a sh*t anymore. This Wednesday, artist Patrick Gleason has done it again with another Spider-Man cover masterpiece. Another instant classic from Gleason features the Vulture ripping off Peter’s mask with his teeth. This cover will, without a doubt, become a fan favorite. It’s insanely amazing.
Wonder Woman #790 – The Yanick Paquette homage cover is a good one. The original cover was from J.G. Jones; Wonder Woman: The Hiketeia.
X-Men Legends #1 – Legendary writer Roy Thomas puts together untold stories of the X-Men team’s past. One particularly interesting tidbit fans should check out is the origin of Wolverine’s costume. That’s awesome.

Predator #1 – For a month now, we’ve given collectors a heads up regarding the first Disney appearance of the Predator franchise on various variant covers throughout the Marvel Universe. The very first Disney product to feature the Predator were these two comic covers; Captain America Sentinel Of Liberty #2 and Jane Foster & The Mighty Thor #2. Now, this Wednesday, the very first Predator Disney Story hits. This series should definitely be on your watch list or a part of your collection immediately. We explained with the Disney Alien franchise comics a while back, that these new comics could become literal storyboards for any new film down the road. A new character or two introduced in the pages of these comics could come to life on the big screen and make an immediate impact on the speculative side of things. We cannot stress this enough or repeat this enough, stay on top of these new Alien and Predator comic releases. With the new Predator comics release, comes a serious amount of variant covers. Plenty of cool ones to choose from.
Avengers #59 – In the early days of InvestComics, we predicted a lot of things that came to fruition. Disney’s superhero “water movie” (Namor), the Deadpool character (name) becoming a household name, Spider-Man in an Avengers movie, Miles Morales becoming a new Spidey to really watch, Spider-Verse to becoming a very large part of the Marvel Universe, and so on. We’ve been at this since 2005, so we have a tremendous track record. Yes, we’ve been wrong too, but our great calls outweigh anything that we were off about. So, why are we bringing this up? This week’s new Avengers comic brings in an old-school genre long forgotten about within the comic book realm and entertainment media in general. The western. Now, while we aren’t too keen, or shall we say too speculative about the western comics ever making a comeback anytime soon, we do understand that when Disney is involved, anything is possible. Now, with that said, have you seen Mandalorian or Boba-Fett on Disney+? Disney pulls off, in a not-so-subtle way, the modern-day western. What does this mean as far as the western comics from yesteryear are concerned? Absolutely nothing. We don’t foresee anytime in the near future Disney investing time and resources to revive a dead genre. It’s too risky and no one is clamoring for it. However, they have pulled off a western style sci-fi without saying it was a western. Sneaky of them, but it worked. The Mark Bagley All-Spidey cover is more interesting than trying to figure out if Marvel will bring back the western-style comic books anytime soon, and the short answer is probably not. But maybe this new Avengers comic will introduce some new western style characters though. Maybe that’ll jump-start something and prove us wrong. Never know.
Ms. Marvel & Wolverine #1 – Was there an outcry for this team-up? Anyway, a first appearance in here is a possibility.
Avengers and Moon Girl #1 – What exactly is the obsession with the collectors market and Moon Girl? A CGC 9.8 variant recently sold for over $1000. Seriously? This modern is beyond absurd. There are so many overpriced books these days and it’s amazing things like this continue to occur. What exactly is the reasoning for this comic to be as high as it is? A rumor? That’s it? Crazy. Does anyone remember the Squirrel Girl craze? We stayed away from this ridiculousness for a reason. We knew it was rumor driven, then a show was done or going to be done but was canceled because the producers realized just how silly the character was (appeared visually) and would never relate to a television show or on film. The optics were bad, the premise, everything about it was not going to work. This all reflected back onto the speculative market and the first appearance of Squirrel Girl tanked. A recent CGC 9.8 sold for less than $500. That’s a far cry from where it was a couple of years back. It’s still way overvalued and both Moon Girl and Squirrel Girl need major corrections on their value. There are zero valid reasons for their high asking price. Zero. No validity to their worth. None. But the Marvel love affair presses on with another number one issue featuring Moon Girl.
The Jurassic League #4 – The introduction of a new team and characters(s)?

Giant-Size Gwen Stacy #1 – Reprinting issues 1-3 with a new story wrapping things up.
Samurai Doggy #1 – New from AfterShock Comics. A samurai dog? Yes, please.
Love Everlasting #1 – If you’re reading like a normal person from top to bottom, you may refer to our “western comics” rant a little earlier. The same applies here but an even longer shot at the “romance” comics genre ever seeing the light of day anytime soon. Before we move on, we want to first have a complete understanding that we love the female talent within the comic book industry and we also have an understanding that comic book companies are in business to make money. Talents like Ann Nocenti, Louise Simonson, Gail Simone, Amanda Conner, Regine Sawyer, Kelly Sue Deconnick, and a host of others lead the way within the pages of comic books we read and adore each and every week. This is not taking into consideration the countless females behind the scenes making things happen as well. Then there’s the on-screen talent, the producers, directors, writers, etc. The female presence is a strong force and does not ever go unnoticed by InvestComics. Ever. Our history provides consistency in recognizing the female talent within the industry we’ve covered since 2005.
Now, onto the opinion that may not sit too well with some, but do not factor in your emotions, but factor in your eye test and business sense. Forget about those 45% numbers from 2014 and 26% 2019 numbers of female comic book readers. We call poppycock. (Yes! We used the word poppycock!! We did it!). Those numbers do not equate to 30+ years of comic conventions/comic shops (eye test). And seeing female cosplayers flood the system at a convention does not mean they are comic fans, let alone BUYING comic books. Yes, there is an immense talent of female comic book creators at the shows. Super talented and most are better than their counterparts.  We’re talking about the ones actually buying comic books, the key issues, thumbing through dollar boxes, bargaining for a first appearance with a booth renter, hanging in a booth, and debating if Superman can beat Silver Surfer (Supe’s loses lol). Think about all of the conventions you’ve visited, the majority have been men, young men, buying comics. Can you actually recall a time when any of the aforementioned took place in front of you? On a regular basis? Yes, the female creators have their share of buying and sharing the stories of comic books, but they aren’t buying comics at the rate men are. They aren’t. We’re not sure about the obsession in trying to make it relevant for a gender to like a particular hobby. This doesn’t occur in any other forum. It’s odd but understandable? Maybe Disney is trying to appeal to the younger female audience but hasn’t realized they simply do not care. Maybe, just maybe the audience is not there? They aren’t interested? These made-up numbers with the female comic book audience are quite hopeful but aren’t reality. Look around you. How many female customers show up on Wednesday’s new comic book day at your shop? Look around. Do the eye test. The numbers simply do not match up. Look, can we all stop pretending that comic book publishers will get young female readers on board to actually buy, read, and or speculate comic books? Yes, there are SOME young women that collect and read comics, but they are far and few between. This week a new romance comic will debut. Romance comics will not bring in the lost consumer or gain any either. Most women do not buy comics, it’s an eye test fact. We’re not trying to hurt anyone’s feelings here. This is an eye test reality. The comic book market is male-dominated as far as collecting and buying. How does a new romance comic quantify the smaller amount of the reader/collector audience you’re trying to reach? Image Comics will try their hand on a new “groundbreaking first issue” romance comic. Their words, “goundbreaking”. What’s so groundbreaking exactly? Will there be something in this comic that draws in the male audience too? They aren’t being pulled away from General Hospital to read a romance comic book. There has to be a reason to draw your demographic, what that could be, or how they may pull it off will be a miracle. Writer Tom King must know a secret sauce that will draw in both a male and female audience here. All and all, we know Tom King always brings his A-game, so we expect a good story, as usual. Will the romance genre bounce back here? Will this be the Miller’s Dark Knight? Moore’s Watchmen? We’ll see. Elsa Charretier will pencil this groundbreaking book.
A.X.E. Judgement Day #2 – The all-out battle between the X-Men, Avengers, and the Eternals continues.
The Deadliest Bouquet #1 – New mini-series from Image Comics.