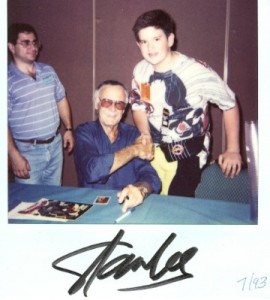 (Jay Katz): Tell us a little bit about yourself.

(JK): “Baby Balke” had fun with coloring, but having met Stan “The Man” Lee in 1993, you say it was a defining moment for you. What sort of inspiration did Stan give you and have you met him since?

(JB) Honestly, with meeting Stan in 93 and having him sign my Amazing Spiderman #41, that was inspiration enough.  But I think it was when he looked at me with his “Stan grin”, and said “Keep going true believer..dont ever give up…”.  Right then and there, its like he saw something in me that I didn’t see.  I didn’t really realize what he was talking about until I got home that evening and figured out..I want to work in comics.

(JK): You’re not only a colorist by trait, you’re an artist as well. Do you prefer coloring over pencils? If so, why? 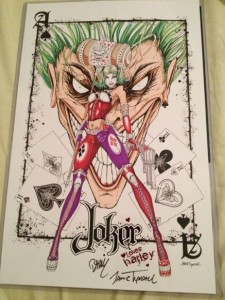 (JB) I do like coloring much better now.  I always (like a LOT of people), doodled and drew when I was younger, but after I started coloring (when I got older..lol), I just seemed to like it better.  My colors stay more consistent panel to panel…lol!  Sometimes when I was drawing a comic page (way before I got into the comic scene),  I couldn’t stay consistent.  Like I would draw Lady Death (as an example), like LD in the first panel, then the 2nd she would look like Miss Piggy, then the next panel she would look like Cher..lol!  So it was safe to say that I was more comfortable coloring.  But from time to time, I do still illustrate…just haven’t illustrated any books.

(JK): You’re first pro work; Foxwood Falcons (2005?). What was that like to be working as a “professional” for the first time? Do you remember the book vividly or vaguely?

(JB) Yeah I remember that book..lol!  I remember being picked up to do that book on Myspace (LOL..yes, I said Myspace..lol).  It actually came out in 2007 (it was a Wizard World Chicago show). When I got behind the table and sold my first copy, I was walking on clouds.  It was EXTREMELY exciting!  I still get that way today!

(JK): What is a Sketch Coloring Print and how did that get started?

(JB) A Sketch Coloring Print is pretty much like a Sketch Coloring.  It’s a b/w print in which I color up by hand but leave a little bit of it still b/w (but not too much).  Its meant to make that cover or print POP more and just look BAD ASS!

(JK): It’s extremely rare to find any colorists that do as many shows as you do…if any at

All. How do you do it? What’s your secret?

(JB) Honestly, I just LOVE going to shows and meeting the fans!  I’ve said it before and I’ll keep saying it..if it weren’t for the fans, I wouldn’t be in this industry.  So I just make sure I make time for them.  And shows do just that.
But I love to come up with different unique things for people to purchase at shows.  Like 3D prints, special posters, Chrome posters and so on.

(JK): What really gets you motivated to work in this industry?

(JB) I think just the recognition you get from most everyone in the industry and a simple, “WOW, I worked on that” type of feeling.

But also (for me), I feel, the more comics I make, the more shows I can go too and share it with the fans.

(JK): You have a pretty sweet t-shirt called “Have you been Balked”.  How did that come about? 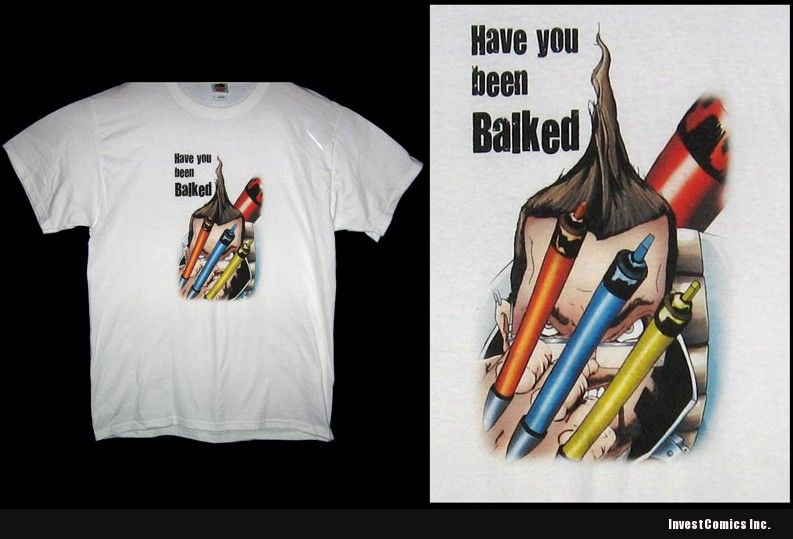 (JB) When I first started up Sketch Colorings,  a buddy of mine created a flier that asked “Have You Been Balked?”, and it was a comic book cover which he had the progression of a Sketch Coloring cover I worked on for a fan going from the b/w cover, to almost finished to fully Sketch Colored.  I loved the saying, so I kept it..lol!

(JK): How many comics have you worked on in your career thus far?

(JB) So far, I’m worked on 88 comics which are all available in comic book stores.  Comics from Zenescope (Grimm Fairy Tales, Charmed, Wonderland and so on), MoonStone Books (Zombies vs Cheerleaders), Image and Storm King Productions (John Carpenter’s Asylum). 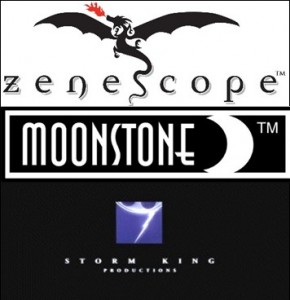 (JK): You do a lot of work for Zenescope Entertainment. Amazing work Jeff. Where else can we see some of your works?

(JB)  Just like stated above, Zenescope books, Image comics, Moonstone Books and Strom King Productions.  There are some other smaller companies, but unfortunately, they have closed up shop.

(JK): Has one of the “Big Two” come knocking on the door yet? Do you care or would you want to work for either Marvel or DC? Is that the ultimate achievement for you?

(JB)  No, neither has come a knockin yet..lol!  But as I always tell newbies who want to get into the industry, you don’t have to work for the big 2 in order to make a good career for yourself.  I’m actually pretty happy working for Zenescope and a few other Indy companies.  Although, I wouldn’t mind getting a full time gig somewhere..lol!
One step at a time 😉

(JK): What’s on the horizon for Jeff Balke?

(JB)  Well currently I’m getting ready for the NYCC coming up next week and a 5 week road trip.  From NYCC, I’m going to be in Dallas the following week for Fan Days, then the week after, I’ll be at the Wizard World Austin show, followed by the following week at the Long Beach Comic Con..THEN finally, taking a little time off for myself in Vegas to relax and unwind..lol!  OH, and did I mention I drive to all the shows.  So literially, I wont be home AT ALL for 5 weeks.  Kind of looking forward to it (seeing parts of the country I couldn’t see in an airplane).
But I also have a few new books coming out from Zenescope the next few weeks including my first cover I colored for Zenescope (Myths and Legends #21).  Pretty sweet! 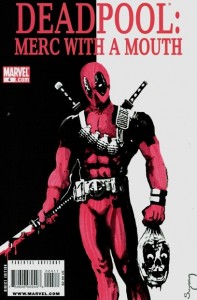